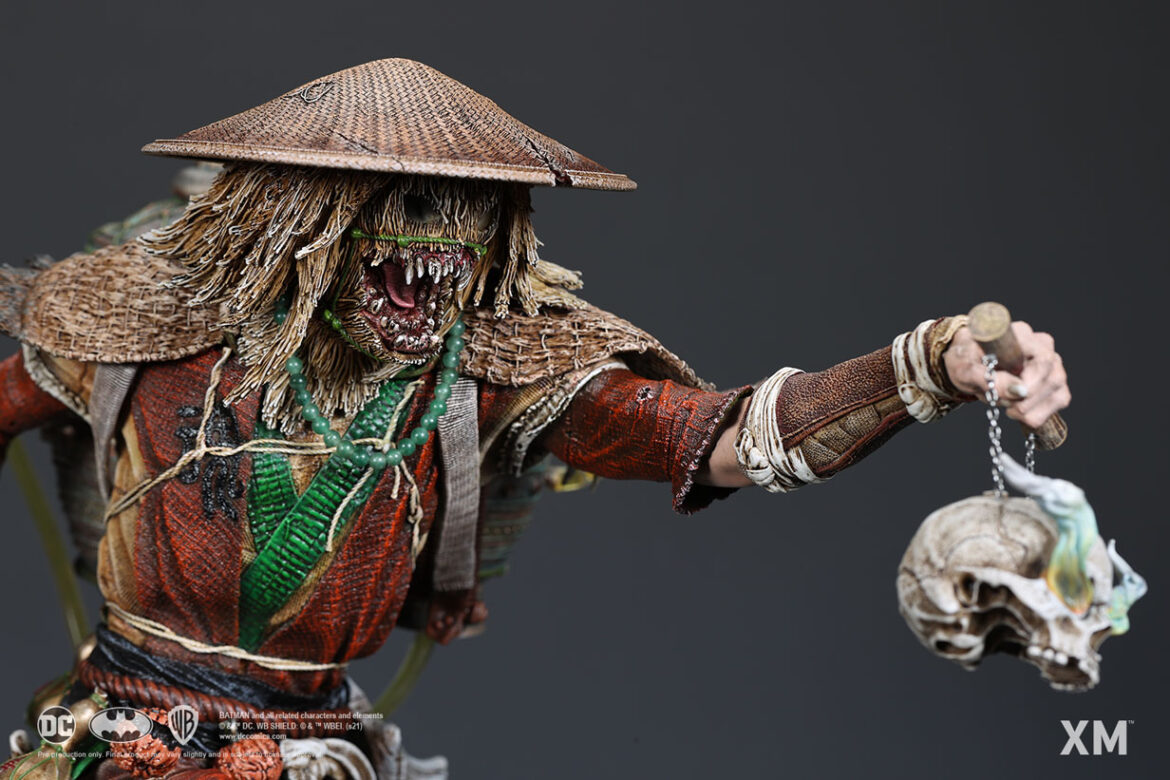 XM Studios has released details for their latest Samurai series statue, which features the Scarecrow in style of ancient feudal Japan. The one-fourth scale statue measures about twenty-four inches tall and features two head sculpts, two right hands, and two left hands. It is priced around $900 and is expected to ship during the third quarter of 2022. You can preorder the statue directly from XM Studios.

XM Studios is excited to present our next DC Comics Premium Collectibles – Batman Samurai Line statue, Scarecrow! The unique Samurai line is a result of a creative collaboration between Warner Bros. Consumer Products and XM Studios to showcase the Batman universe in exciting new settings.

Description: A recluse farmer from the countryside, his head bent over as he scribbles furiously on open journals of his research, piles of old books stacked in a corner, face up close to jars of mystical and mysterious concoctions. If you ask the villagers about this strange man, they whisper quietly to you that he always has on a straw hat, his face seems to be covered in old rags. No one has ever seen his face up close. The villagers whisper among themselves of the odd colored smoke they sometimes see in the distance from his battered chimney. Maybe he’s a potion master they say…

In this sculpt, the master of fear is seen in action, his hand outstretched, from the man’s pale knobby fingers lies a swinging human skull. As if summoned, hypnotizing green smoke unfurls from the skull’s eye sockets. The garments he wears are highly detailed and textured, drawing inspiration from various traditional Japanese garments. He is clad in a straw hat and old kimono, old rags and robes are wrapped around him, a mino inspired garment (Japanese rain poncho) is drawn close around his shoulders. He has a tank hefted on his back that is filled with his carefully concocted fear toxin. It unfurls from a sprayer decked on his right arm or through the skull sprayer he carries in his left hand. His face reveals a terrifying image, old rags with 2 holes cut to reveal his eyes, his mouth drawn into a roar, the mask is decorated with sharp jagged teeth, the stuff nightmares are made of.

At Scarecrow’s feet the toxin unfurls, swirling and moving, metamorphosing and from it emerges a creature with long ears, short snot… the creature seems to crawl forward, eyes unblinking, as the final transformation is almost complete, it is revealed to be a large bat. And we all know who has a fear of bats…