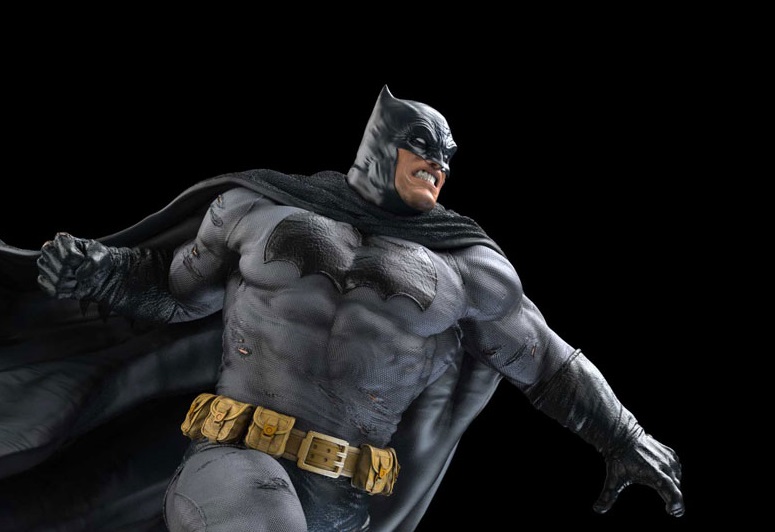 XM Studios has released details for their latest one-sixth scale statue, which features Batman from Batman: The Dark Knight Returns. The statue measures about twenty-eight inches tall and features two hand switch-outs with amazing details for the figure. It is priced at about $679 for the statue and is expected to ship in the second quarter of 2022. You can preorder the statue directly from XM Studios. There is also an exclusive one-fourth scale version of the statue that is available in parts of southeast Asia.

Presenting Batman: The Dark Knight Returns premium collectibles line! One that Batman fans have been waiting for: the iconic, well-loved Batman from The Dark Knight Returns comics series is here in 1:4 and 1:6 scale. 1:6 scale is available Worldwide while 1:4 Scale is available in Singapore, Malaysia, Thailand, Philippines, Indonesia, Vietnam, Taiwan

Staying true to the overall character design and setup, with the iconic Batman emblem on full display, this statue collectible immortalizes the starting point of an adrenaline-filled action scene as Batman leaps off an eagle gargoyle, fist raised, ready to land a series of bloody, jaw-breaking punches.