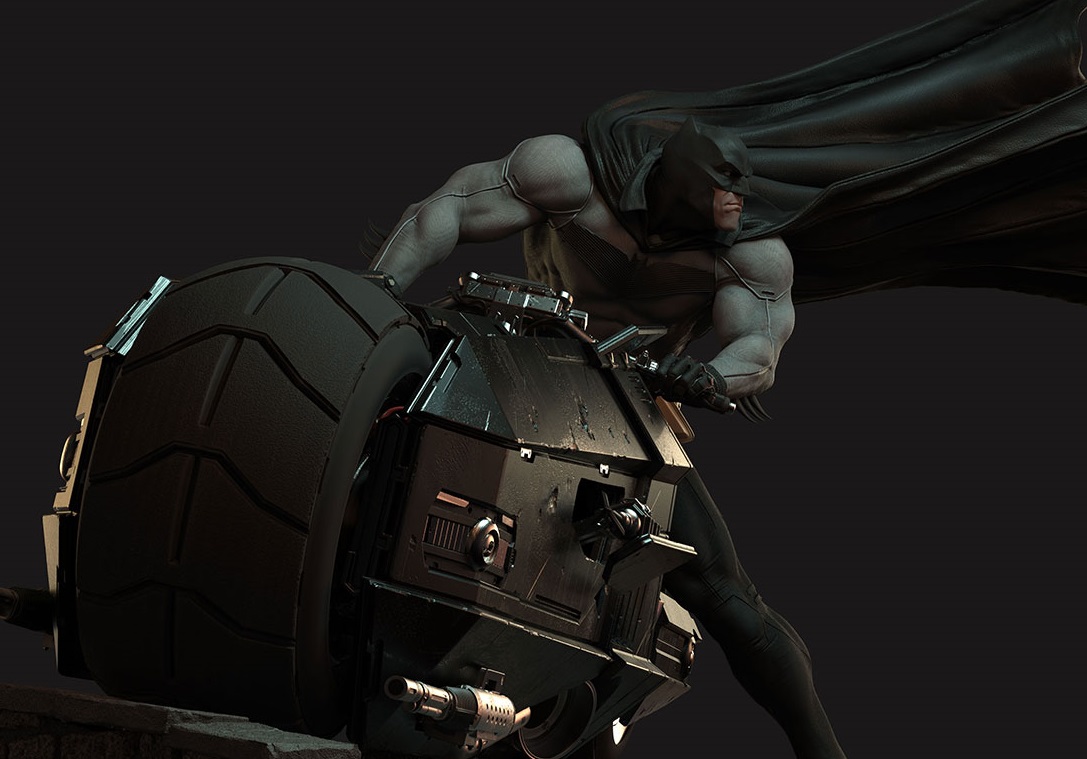 XM Studios has released details for their latest statue, which features Batman on the Batcycle from Batman: White Knight. The one-fourth scale statue measures about thirty inches tall and features removable panels to expose the engine, a grappling gun switch out for Batcycle, and a light-up lamp. It is priced at around $2,500 and is expected to ship during the first quarter of 2022. At the time of the announcement, the statue is only available in certain parts of Southeast Asia, though if you are in that area you can preorder the statue directly from XM Studios.

For this Batman showpiece, we engaged Batman: White Knight comics’ original writer and artist, Sean Murphy, and worked closely with him to design this gorgeous concept. Without any compromise on the composition of this art piece, this 1:4 scale measuring an estimate of 1m in length, shows Batman on his Batcycle, displayed in its full glory, weaving through Gotham City, long cape swerving in the wind, skid marks on the streets. The light-up lamp detail adds to the Gotham ambiance, capturing perfectly a scene in the time of the Dark Knight’s journey into Gotham’s night.

Sean Murphy’s beautifully designed Batcycle in Batman: White Knight comics features a large front section fairing. This allows room for exploration and the team created the designs of the internal engine, offering a unique cross section display of the Batcycle with its engine components exposed, a detail that is not seen in the comics. Batman fans and Batvehicle enthusiasts, there is definitely a space in your collection for this grail. Collectors can look forward to displaying the Batcycle in its true minimalistic design with fairings closed or leave the fairings aside, and showcase the strikingly designed engine details.

One of the most unorthodox and well-loved comics in the Batman franchise; more to come from Batman: White Knight comics! P.S. The team is working on The Joker and Harley Quinn!