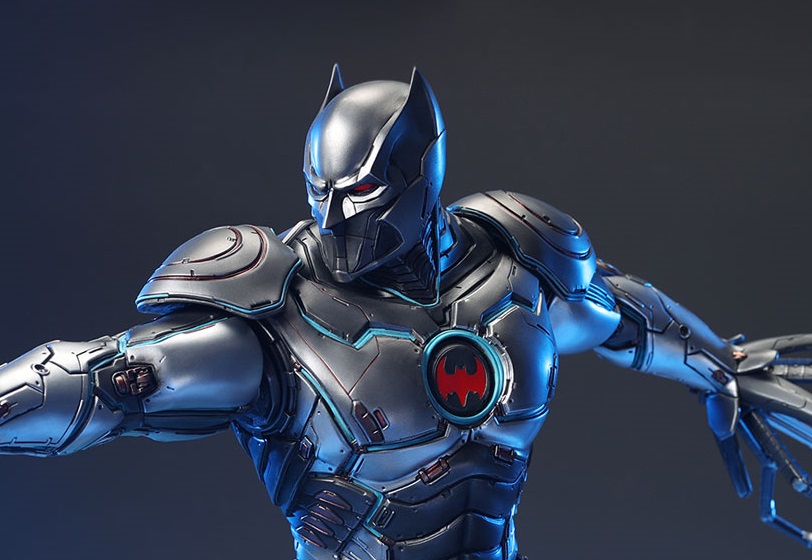 XM Studios has released details for their latest Dark Nights: Metal premium collectible statue, which features Murder Machine. The one-fourth scale statue measures about twenty-two inches tall. The statue includes two right arm switchouts with one featuring a blade instead of an arm. The statue is priced at around $1,000 and is only available to select countries in Asia. If you are located in one of the areas the statues are being made available, you can head over to XM Studios to preorder now.

The Batman from Earth -44, driven by the guilt of Alfred’s death, seeks the help of Cyborg to create the Alfred Protocol, an AI version of the late Butler. However, the Alfred Protocol took an extreme turn when it was activated, murdering all who is deemed to be a threat to Bruce Wayne, eventually taking over Bruce’s mind, replacing his weak biological body into a mechanical machine, all to protect Bruce.

The Murder Machine art statue collectible shows the formation and digital construct of Murder Machine’s form, the pixels at the base leading up to the mechanical body, his red cybernetic eyes display none of the humanity Bruce has once sought so hard to retain. 2 switch-out forearm showcases one of his many abilities to create any technological and mechanical weapon as an extension of his physical form.