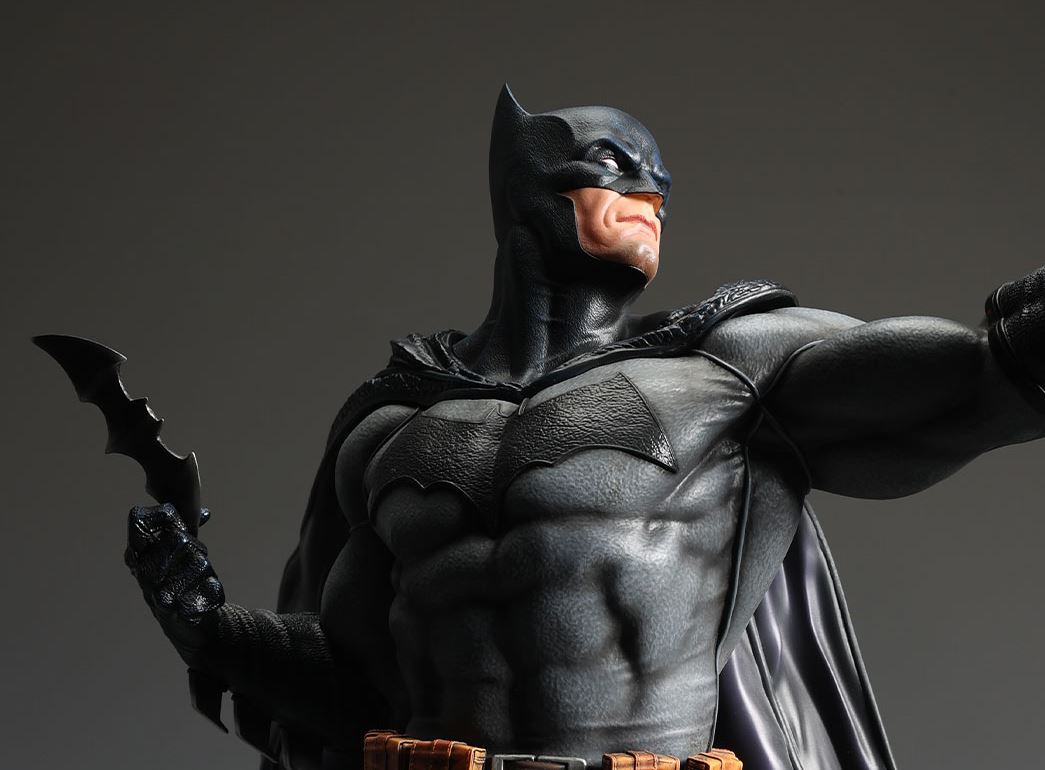 XM Studios has released details for their latest DC Comics premium collectible statue, which features a classic version of Batman. The state will be available in a one-fourth scale as well as a one-sixth scale. Both versions of the statue include multiple interchangeable arms. The different versions of the statue are priced between $600 and $1000. As with most of the offerings from XM Studios, the statue is available through specific distributors in select countries in Asia. If you are located in one of the areas the statues are being made available, you can head over to XM Studios to preorder now for the expected release of the second quarter in 2023.

XM Studios is excited to present our next DC Comics Premium Collectibles statue, Batman – Classic! XM will be making this statue available in both 1/4 and 1/6 scale. Each painstakingly handcrafted statue is individually hand-painted with XM’s famous quality finish, and comes in a bold, dynamic, and story-laden style.

XM is proud to have worked directly with acclaimed illustrator and concept artist, Mark Brooks, to conceptualise and produce this statue. In this scene, Batman is seen doing what he does best. Always ready for whatever is thrown at him, Batman’s mastery of the martial arts coupled with his extremely high levels of strength and endurance are on full display as he is seen standing within battle-damaged cybernetic ruins, all while taking on Darkseid’s Parademons on Apokolips with a scowl on his face.

Armed with an arsenal of technology that would put whole armies to shame, the caped crusader’s vast personal resources have been put to good use here as he stands valiantly against enemy forces while utilising highly weaponised gadgetry.

This statue comes with 3 right-hand and 2 left arm switch outs to provide collectors with the option of displaying Batman with his batarang, spring-action reel or grapple gun.

Collectors can pair this with Superman – Classic and can look forward to Wonder Woman – Classic, which will also be made available in both 1/4 and 1/6 scale.