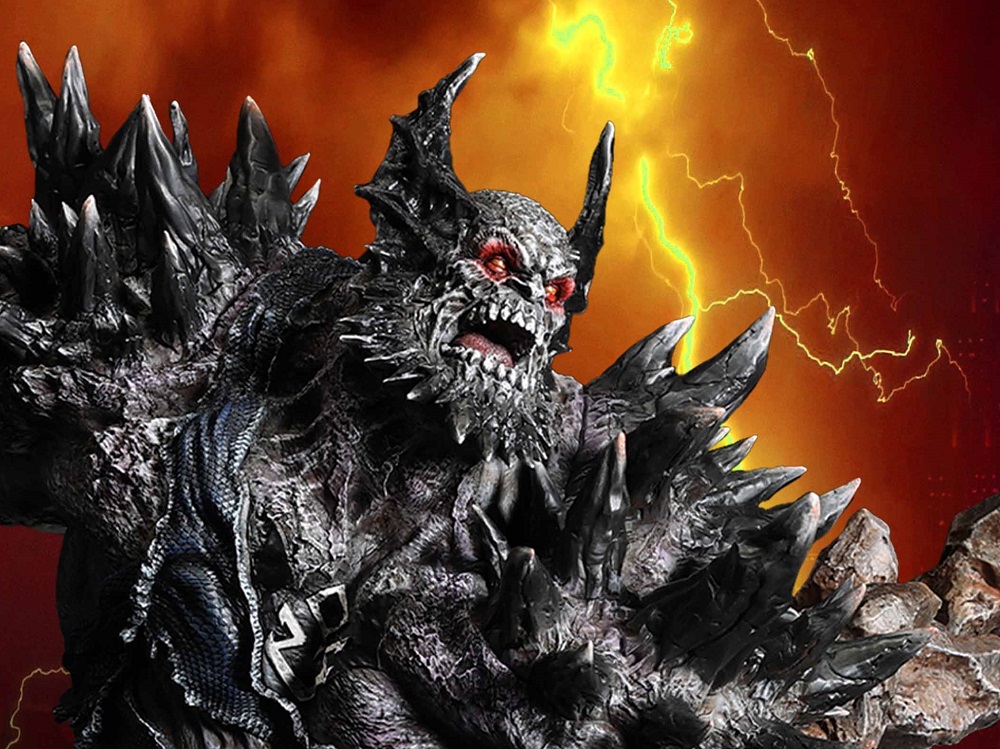 XM Studios has released details for their latest premium collectible statue, which features Devastator from Dark Nights: Metal. The one-fourth-scale statue measures about twenty-four inches tall. It is priced at around $1,400 and is only available to select countries in Asia. If you are located in one of the areas the statues are being made available, you can head over to XM Studios to preorder now.

XM Studios is excited to present our next ¼ scale #DC Premium Collectibles Dark Nights: Metal series statue, The Devastator! Each statue is individually hand-painted, comes with XM’s famous quality finish, and is presented in a bold, dynamic, and story-laden style.

What would you get when you blend two beings capable of taking on the Man of Steel in a powerful and truly nightmarish combination?

Hailing from the Dark Multiverse, The Devastator is a counterpart of Batman who had to infect himself with a strain of the Doomsday virus to stop a rampaging Superman. This act gave him newfound abilities which he then used to defeat the Superman of his Earth, before being eventually recruited by the Batman Who Laughs.

Seen here standing atop crushed debris in an aggressive and dynamic battle pose, The Devastator stares ahead menacingly while belting out a fierce roar.

Character Background: “How can the World’s Greatest Heroes stop a horde of deadly beings that appear to be powerful nightmare versions of familiar figures?”