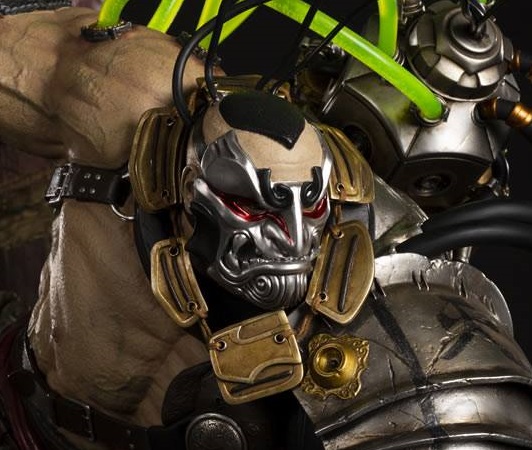 XM Studios has released details for their upcoming Bane statue which is part of an original samurai line. Priced at around $1000, the statue goes up for pre-order on June 20 by heading here. Full details can be found below.

XM Studios is excited to present our next DC Premium Collectibles series statue, Bane! The super villain known for breaking Batman’s back is immortalized in amazingly detailed 1:4 scale cold-cast porcelain. Each painstakingly handcrafted statue is individually hand-painted with the highest possible quality finish. This unique line is a result of creative collaboration between Warner Brothers and XM Studios to showcase the Batman universe in exotic settings as you’ve never seen.

XM Studios presents Bane. Inspired by the samurai period warlords decked in incredibly detailed armor design, Bane is crouching in a malicious pose, empowered by venom and welding a large weapon of destruction – challenging all who dares to approach. A huge massive piece and a show stopper at conventions, this is one statue that commands true presence in any collector’s man cave.