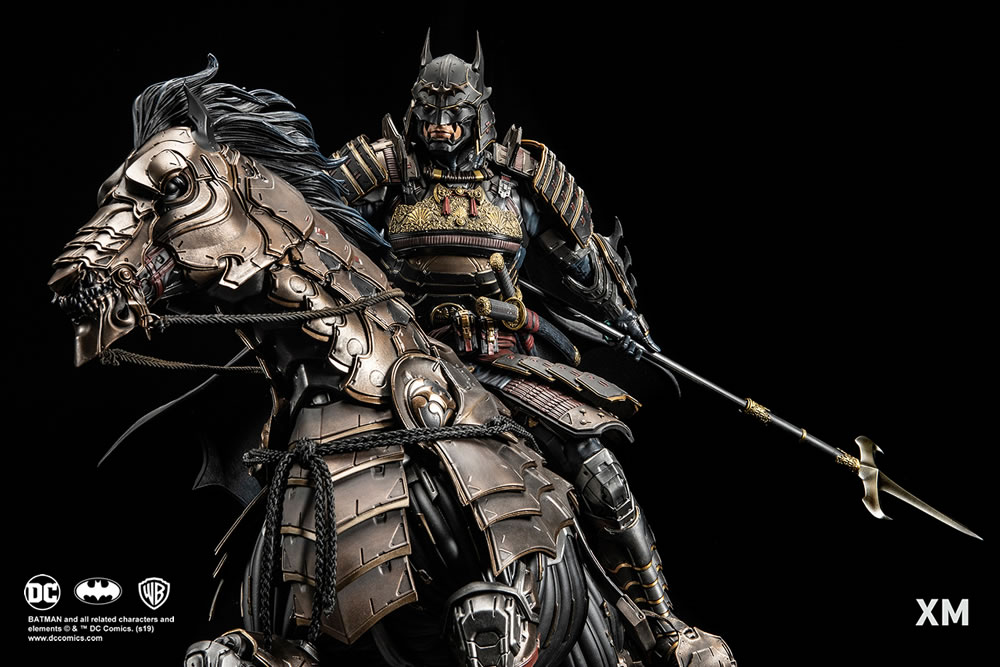 XM Studios has announced their latest DC Premium Collectibles offering. This time around Batman imagined as a Shogun is featured. This one-fourth scale statue stands at just over thirty-three inches tall and features Batman possed on a horse. There are multiple elements that can be switched out including heads, arms and chest plates. The statue will be extremely limited as it is being produced as a made-to-order run and is expected to ship in mid-2020. You can pre-order the statue from XM Studios now for a low, low price of $1,999.99 which includes a non-refundable $400 deposit.

XM Studios is excited to present our next DC Premium Collectibles series statue, Batman Shogun! To commemorate XM’s global license for the Original Samurai Line, we’ve designed an ambitious Batman that rivals our first release – the Batman Shogun! This incredible work of Art is immortalized in amazingly detailed 1:4 scale cold-cast porcelain. Each painstakingly handcrafted statue is individually hand-painted with the highest possible quality finish. This unique line is a result of creative collaboration between Warner Brothers and XM Studios to showcase the Batman universe in exotic settings as you’ve never seen.

XM Studios presents Batman Shogun. The culmination of design, culture and perfection. The display piece that is guaranteed to invoke awe, discussion and most importantly – imagination of exotic worlds far away. With consultancy from authentic Samurai Armor curator in Japan, XM brings to you our proudest work yet – Batman Shogun. Let the images do the storytelling.