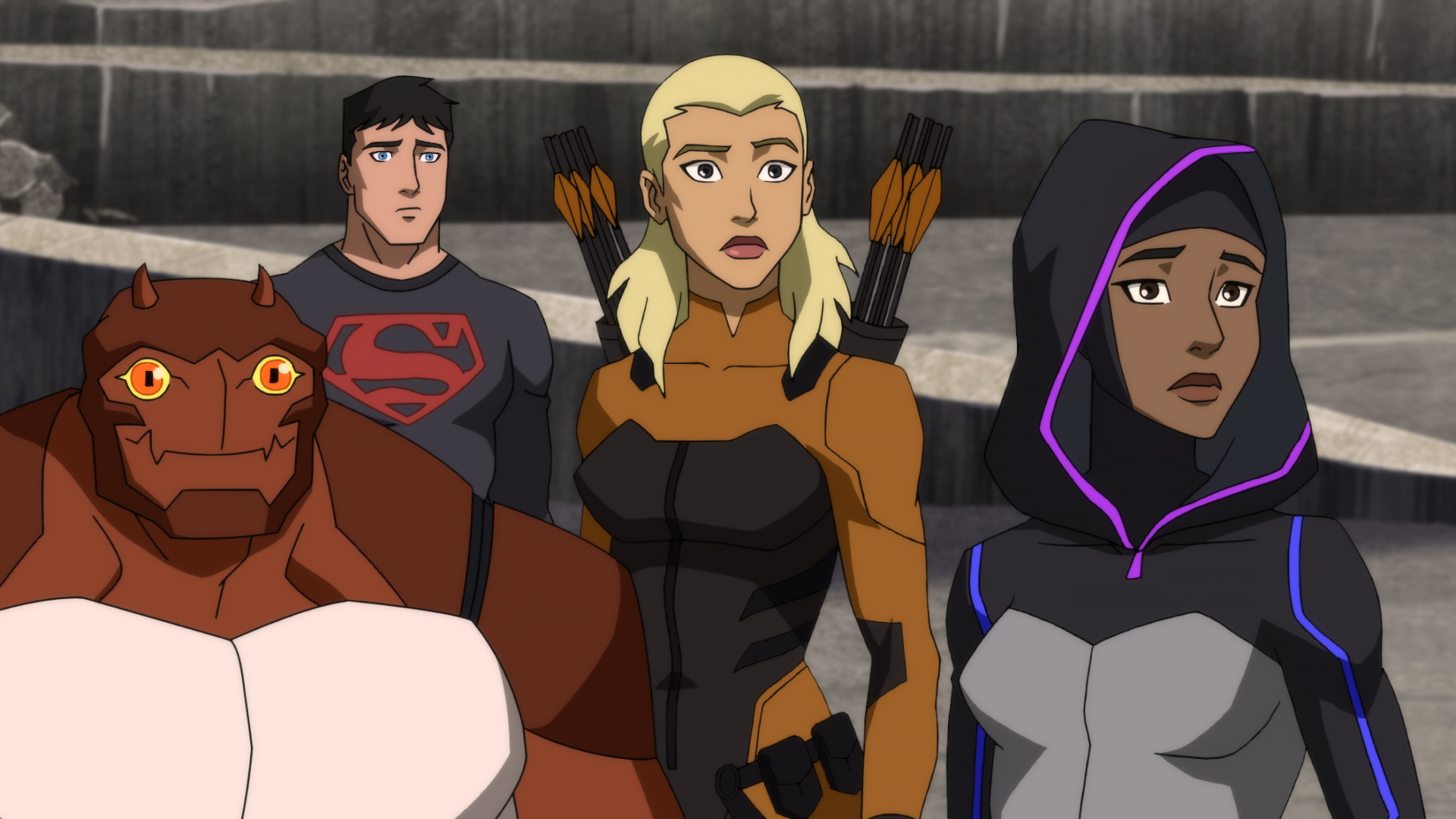 The next three episodes of the third season of Young Justice releases today exclusively on DC Universe. Warner Bros. has released a number of stills to promote today’s episode.

Synopsis: Aliens once again threaten the Earth, but with the Justice League split and scattered, only Earth’s first and greatest hero can save us!

Synopsis: As Meta-Human trafficking spreads across the United States, three very different teams of heroes seek to put a stop to it!

Synopsis: The Light has hired an intergalactic assassin, but who is the intended target?!