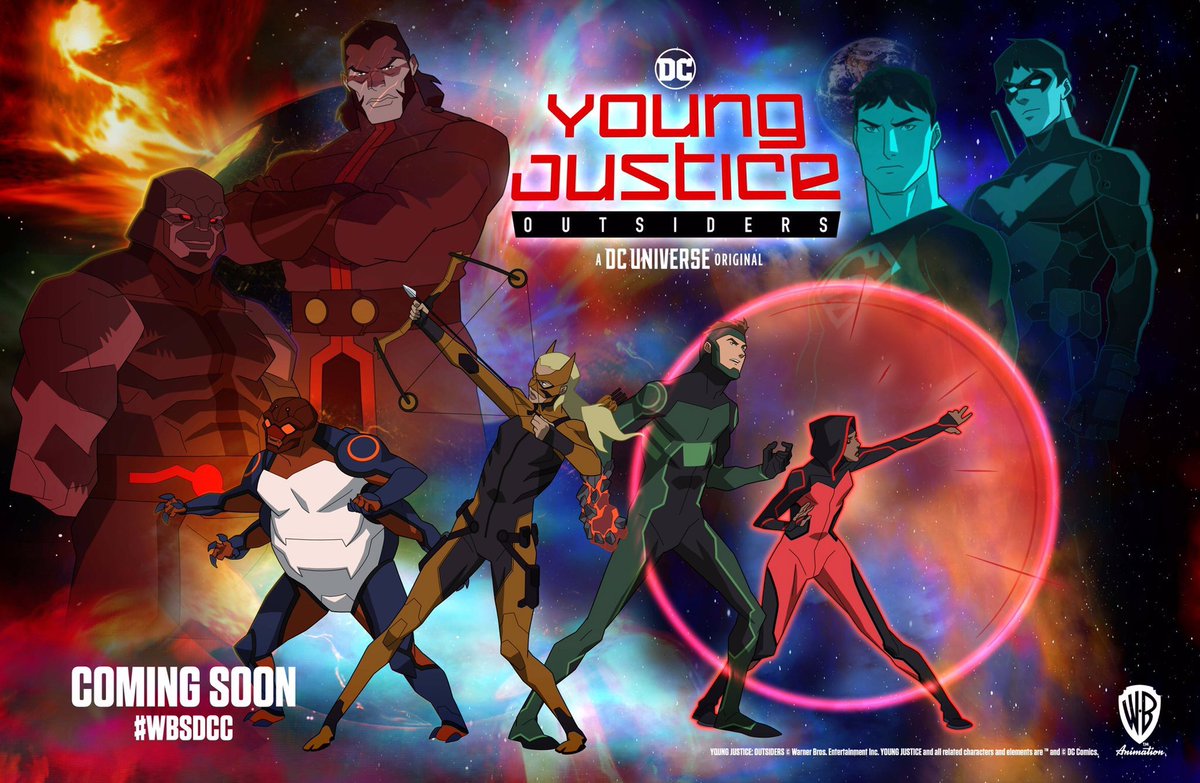 With the DC Universe launching this Fall, most people’s attention has been on the new Titans series. There is, however, a group of fans who have been clamoring about the streaming service since it was first announced for one reason; the return of Young Justice. Young Justice previously aired on Cartoon Network from 2010-2013 for the first two seasons. And if you are questioning why so long for two seasons, that was part of the problem. The series faced issues with executives from the beginning. At the time, the majority of fan-related shows airing that weren’t geared directly towards children relied heavily on the sale of merchandise. But there was a clear issue with a series relying on selling merchandise. There wasn’t that much even available.

For two years, we kept hearing that the show was doing alright, but it wasn’t selling enough merchandise. During that same time, Mattel had released two action figure lines for the series. One of which released three figures per wave. There is a major issue with the same three figures on the shelves for months without anything else to get. Honestly, there was a huge problem with how merchandise for projects was being released at the time, but that is another whole story for a different day. That all being said, the show was abruptly canceled and the direct reasoning was the lack of sale of merchandise.

Since 2013, the show producers, Greg Weisman and Brandon Vietti, have expressed their desire to return in some other new format that wasn’t the same as airing on the traditional television station. The show made its way over to Netflix and received new life as fans were watching old seasons and new fans were discovering it for the first time. The more popular it got, the more the showrunners professed that its return was possible.

Then came the announcement that fans were waiting for. In November of 2016, it was announced that the series would return. It wasn’t until April of 2017, that fans learned where the series would call its new home; the DC Universe. Skip forward to now and fans are all eagerly anticipating the release of the new season.

At Comic Con, a panel was held for the show and the very first footage shown. While the chunk of the footage recaps the end of the second season, there is a ton of hints at what to expect in this new season and what characters will be introduced.

The trailer features original team members Nightwing, Aqualad, Artemis and Superboy looking to stop a metahuman trafficking ring. While it seems to be heavily about that, action will eventually take place, bringing in a number of familiar characters and some new faces. The new season is subtitled “Outsiders” and one could assume that certain characters from the Outsiders history will be introduced. In this trailer alone we see hints that Geo-Force, Black Lightning, and Katana will be present in the new season. Some of the other characters from the Batman Universe that make an appearance include Deathstroke, Ra’s al Ghul, Bane, and Batman.

With no firm release date announced as of now, the new season is expected to launch in early 2019 on DC Universe. Because of the subscription-based nature of the service, shows like Young Justice might be able to flourish for a long time. Producer Greg Weisman stated that they have a bunch more stories to tell and are hoping for a fourth season. Sam Register, the executive producer for the series, said that the show is a perfect binge-watching cartoon that just came out five years too early.

So with the series returning, what do you think of the first look? Excited for the new series to return for the first time in over five years? Sound off below.