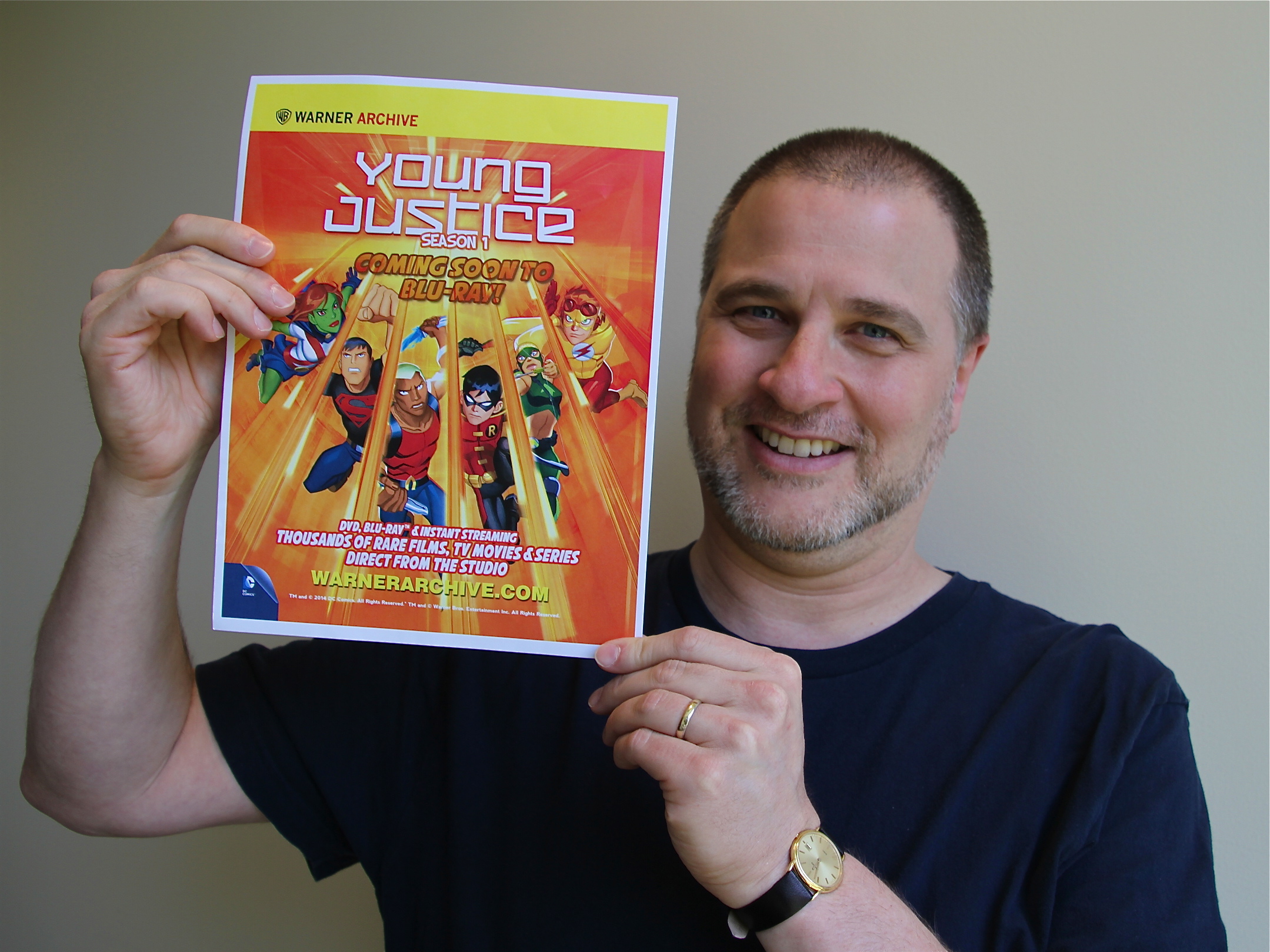 With the success that Warner Archive has been having with releasing past DC animated shows on Blu-ray and in some cases, for the first time on DVD, a new release has been revealed. In an email to press recapping their events at Comic Con this year, it was revealed that Greg Weisman, co-creator of Young Justice will be joining the A Batman for All Seasons panel hosted by Warner Archive.

The news though is the image they used to show that he will be joining the panel. It depicts him holding a new advertisement stating that Young Justice Season 1 will be coming to Blu-ray. While many believe the show was cut short, Warner Archive is making sure it gets the release that it would not normally get. We can expect the release to include all Season 1 episodes in one set as has happened in with past releases. This will not only the first time the series will be released on Blu-ray but the first time the full season is collected in one release, as it was previously released in volumes.

As Bat Mite so eloquently stated to the extra-dimensional Comic-Con bat-fans, “There is no one correct kind of Batman.” Weisman joins respected producer/author Michael Uslan (“The Boy Who Loved Batman”); producer James Tucker (“Batman: The Brave and the Bold”), producer/director Brandon Vietti (“Young Justice”), WAC Podcast hosts Matthew Patterson and DW Ferranti, and some potential surprise guests as they examine those “other” Batman iterations and oddities throughout history – from early films like “Public Defender” and the Filmation Batman cartoons to new versions of the character (“Young Justice,” “Batman: The Brave and the Bold,” “Beware the Batman”), the off-kilter takes (like the cult favorite “roast” of “Legends of the SuperHeroes”) and new media (motion comics like “Batman: Black and White,” “Batgirl: Year One” & “Batman Adventures: Mad Love”). And stick around – there might just be a special WAC announcement that will excite fans both “Young” and old. The panel will take place on Sunday, July 27.