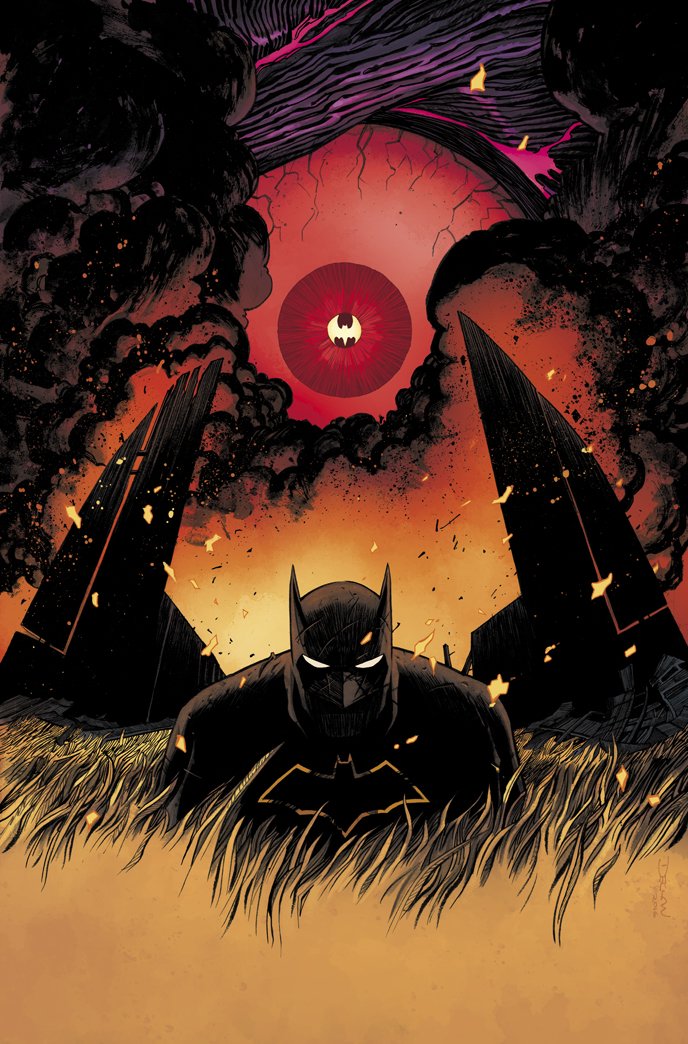 In our final comic creator interview, we talked with Scott Snyder. If you are reading the article on this site, you probably don’t need an introduction, but let’s briefly touch on his work with The Batman Universe. Snyder came to DC Comics in late 2010 with Detective Comics #871. After wrapping the series up prior to The New 52, he took over Batman with Greg Capullo to much critical praise. He has lent his hand on a variety of series including Batman Eternal and Batman and Robin Eternal, as well as mentoring up and coming writers who have made their own splash in The Batman Universe including James Tynion IV. Next week he returns to the comic shelves within The Batman Universe with the release of All-Star Batman. We talked with Snyder while at Comic Con and discussed a number of things we can expect to see in the series. TBU: So, traditionally, your books have impacts across the universe. So, is All Star Batman going to have that sort of impact going forward or is it just going to impact Batman and Detective Comics?

Scott Snyder: Well, I would say at first, with Rebirth we all really want to get up and running in our own ways to make sure everyone feels comfortable picking up the books that they love and seeing what the flavor of each book is. So, we’re staying separate from the other parts of the DC Universe a little bit in the first six months, I’d say, or seven months. Then we start to get a little more crossed over. But, within the Bat Universe, there’s a lot of cross over. There’s sort of Duke Thomas, his story is happening in All Star. That’s sort of reflected in Batman. There are things that happen with the characters in Tom King’s Batman that are explained and reflected in All Star Batman and Detective. So we all are sort of crossing over, but you don’t have to read any one part of any one book to understand another. They’re all completely self-standing.

TBU: Okay. What made you want to start with Two-Face as your initial villain?

Scott Snyder: I’ve had my eye on him for a long time. Honestly, I think he’s a perfect villain for right now where he believes that this is his era. He feels like he used to be sort of what people were afraid of the chaos, but now they’re used to the chaos,  the chaos is like the Joker. Now, they’re used to the chaos. So, instead, they’re making their decision. Are they going to face it bravely or retreat more selfishly? Are they going to sort of the hero side–the heroic side of their face forward or are they going to actually be the dark side? So, Two Face really believes he is sort of the thing in the mirror to this age. So, there’s incredibly–there is sort of an incredibly potent, I think, set of questions and ideas to explore there for me. So, once I knew I wanted to take him on the road, also, in Batman, because it would give us a bigger view of the entire state and sort of a reflection of the country, I was like this is going to be something really special. I can’t wait.

TBU: Are there any other allies or minor cast characters that are going to be joining him on his journey in All-Star Batman or is it just going to be Batman as his own entity?

Scott Snyder: No. There’s actually some really big surprises. I wanted this to be a book where you turn the page and you never know who is going to pop up, whether it’s like villains that you’re like, how did he remember those guys or allies and heroes that you’re like, “I thought that guy was out of continuity?” So, I really want it to be something that’s a celebration in a lot of ways of kind of the deep villains’ gallery of Batman because everybody is coming after him. Also, the unsung heroes of the series as well.

TBU: Okay. So, speaking of the villains, on Twitter you had asked for obscure villains. I was wondering if you were willing to do a rapid fire where I just list of them and you say “yes”, “no”, or “maybe” if they could appear?

Scott Snyder: Yeah, but I don’t want to give too many away. There might be a lot of maybes.

TBU: No problem. Condiment King? (but was revealed to be part of an upcoming story in Batman by Tom King) Scott Snyder: No. I don’t know the Baffler actually.

Scott Snyder: I thought about Ratcatcher, but I just thought he was too gross. He’s not in it. Scott Snyder: Magpie is in it actually.

Scott Snyder: Penny Plunderer is not.

Scott Snyder: Terrible Trio actually was in it. Then, they told me they’re not sure if they’re in continuity, but you might see them pop up. But, there’s so many others from the Royal Flush Gang from Copperhead to Gentleman Ghost to a lot.

TBU: Okay. Then, the final question with your artist. I mean, you’re so used to working with Capullo. Now, you’ve moved on and you’re having John Romita, Jr. How is that transition going from one artist to another? Then, you’re going to be rotating artists.

Scott Snyder: Yeah. well, it’s always been something I’ve loved because I’ve always rotated between American Vampire, Witches, Superman Unchained, Batman, you know? So, I’m used to kind of jumping from artist to artist, but one of the great things about working with different artists is it challenges an incredibly different set of muscles for you with each person because what I like to do at least is go to the artist and say, “What do you want to draw? How do you like to work? Do you like full script? Do you like more Marvel style?” So, with John it was great. He works very similarly to Greg, but he wanted to draw different things because he had drawn so much Gotham recently in Dark Knight: Last Crusade. I was like, this is going to be perfect. How about corn fields? How about barns? How about chain saws and motorcycles? He was like, yes, yes, yes, yes, yes. So, it’s very fluid. He actually lives right down the street from me. He lives literally less than a mile from my house. So, if anyone–if he doesn’t like something, he can just come bang on the window and be like, “No.” Then, if ever he had pages late, which he never, ever, ever does. Literally, never does. I’d be like, “Where are those?” So, being close to each other is fun because we meet in a bar downtown in the little port town we live in and just go over ideas for it. So, it’s a really organic way of working.