DiDio and Lee Talk “All Star Batman” and Capullo Hiatus 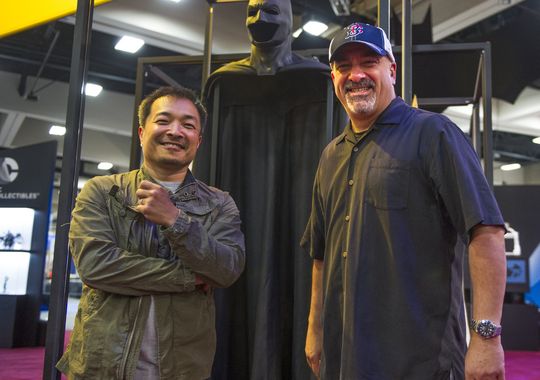 In a new interview with CBR, DC Co-Publishers Dan DiDio and Jim Lee discussed a variety of topics including two that may be of special note to TBU fans.  As part of their discussion, CBR asked the pair about their thoughts on Greg Capullo taking a brief hiatus from doing the art for Batman and pushed Jim Lee for more information about comments from him and Frank Miller on a potential revival of All Star Batman and Robin.

In his answer about All Star, Jim Lee said that he was unsure if writer Frank Miller was serious when he made his comment at NYCC but would happily return to the title.  He mentioned both that Miller seemed to be excited to write Batman again given his work on the upcoming Dark Knight III: The Master Race and that Lee still had scripts written out for at least two more issues of All Star Batman and Robin.  He said this finale had been sketched out for a while to involve Superman and that continuing/finishing the title would just depend on Miller’s schedule.

Additionally, the co-publishers discussed Greg Capullo taking a break from Batman, and while they did not confirm who would be filling in on the art in the meantime, they did dismiss some rumors that artist John Romita, Jr would be taking his spot temporarily by reminding readers that Romita would be doing the art for the upcoming prequel to The Dark Knight Returns.  DiDio did make special mention, though, of the work that Capullo and Snyder have done so far and said that he knows that fans will be eagerly waiting his return.

See the relevant excerpts from the interview below and follow the link above for the full transcript and videos.