Well, we have heard this one before. Robin will appear in Batman: Arkham City. Well, we dismissed this when Rocksteady put an end to the idea of the game being multiplayer, but now IGN is stirring up the pot and delivering a new thought on why Robin will appear. 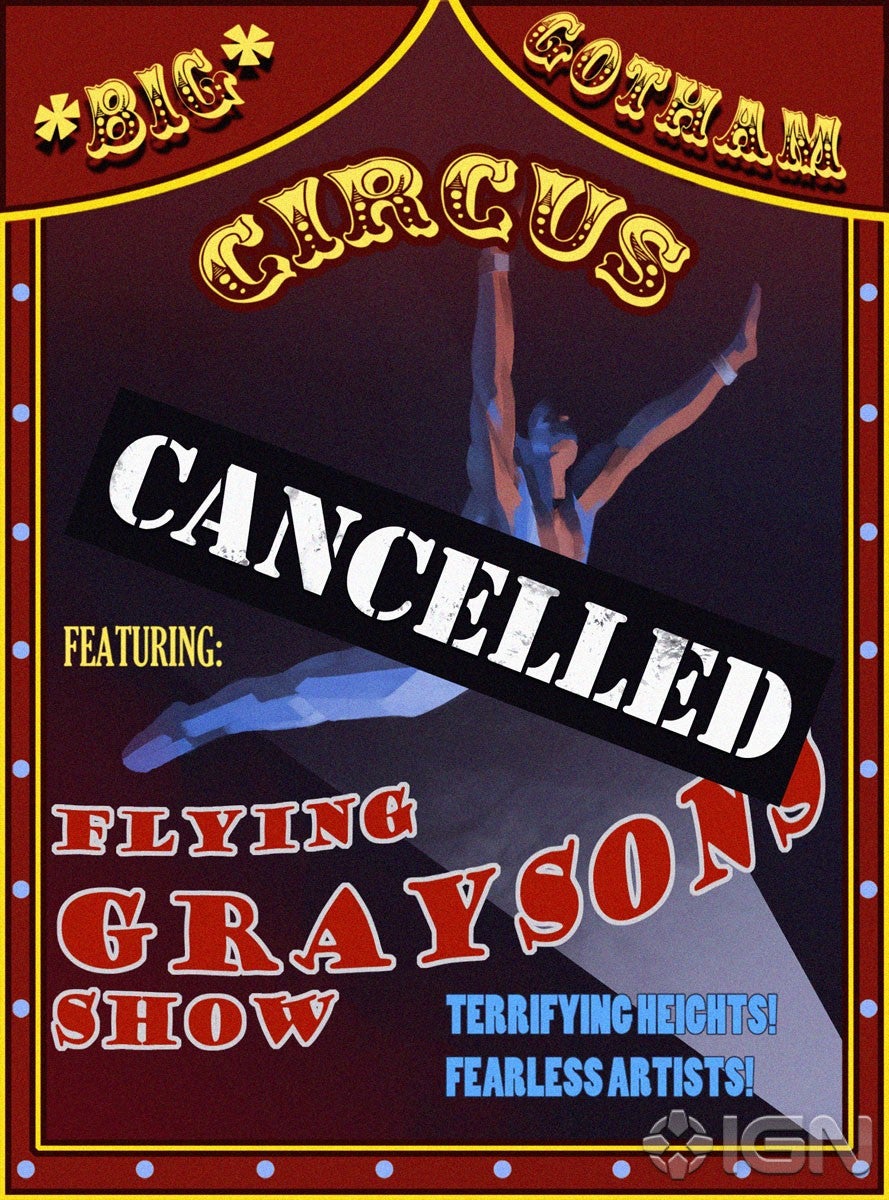 During a demo for Batman: Arkham City, we caught sight of a poster. It advertised the Flying Graysons, with the words "cancelled" stamped across it. The tragedy has already happened. But how long ago? It seems likely that young Dick Grayson is now under the care of Bruce Wayne, but it's uncertain if he's already assumed the role of Robin.

Now we have a clear view of the poster and a number of evasive answers from Game Manager Dax Ginn, who agreed that a "tragedy" did happen to the poor Graysons and their show has "most definitely been cancelled."

Now as much as any Bat-fan would love to see Dick Grayson in Batman: Arkham City, it may be a little off to predict things like Grayson becoming Robin for the third game. As much as Rocksteady has enhanced the universe of Batman they have done very little to change it. That being said, it would be very odd if Dick Grayson was not already Robin in the game's continuity, since we already know Oracle exists, as she appeared via comm link during Batman: Arkham Asylum.

While it is great to think of Batman teaming with other members of the Bat-family, this poster seems to be meant as an easter egg and not a clue the Grayson's version of Robin will come into existence in either Arkham City or the possible third game.