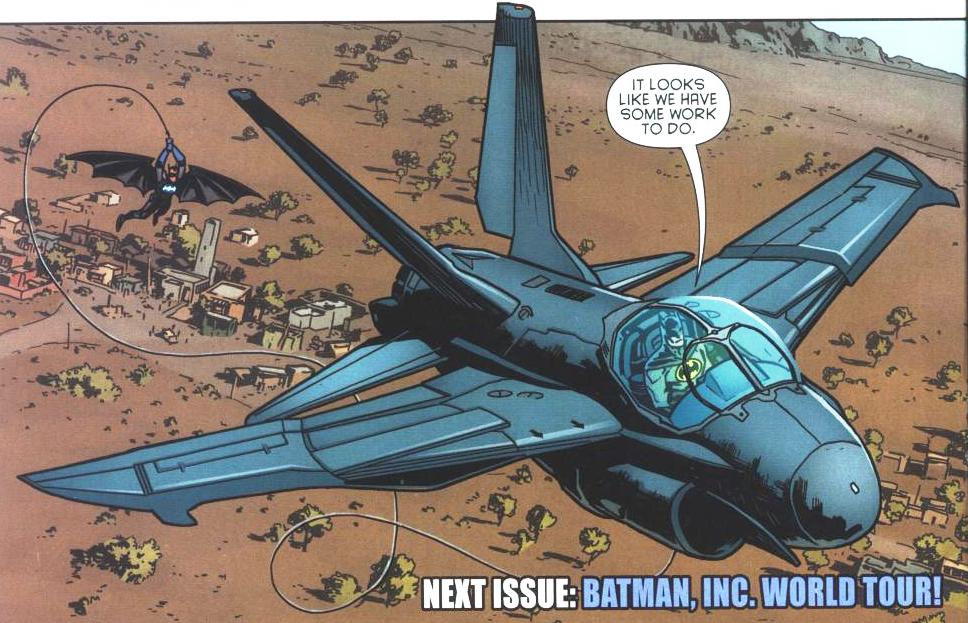 In issue number five of “Batman Incorporated” we get a good look at the “Bat-Plane” as it swoops over Africa and picks up new character “Batwing” as he was investigating the “Leviathan” group. The interesting thing about this plane is that it looks suspiciously like the old Grumman A6 Intruder as pictured below.

The cockpit canopy is the same as are the jet intakes and the large “radome” that houses the Intruder’s radar. The A6 Intruder was an all-weather attack plane that saw extensive action during the Vietnam war and was finally retired from service in 1997. There is still a variant of the Intruder in service known as the EA-6B Prowler that serves as an electronic jamming platform and an anti-radar attack plane.

Yanick Paquette drew up the “Bat-Plane” for Grant Morrison’s story and it’s pretty obvious the A6 was his inspiration. No doubt Batman could use a plane with all-weather capability that can operate day or night in the most difficult of conditions. Paquette was wise to model the “Bat-Plane” after the Intruder but it’s a good thing he made some modifications such as the twin vertical stabilizers in the back or he might be getting a nasty letter from Northrup-Grumman.

Then again they might be contacting him with a job offer!