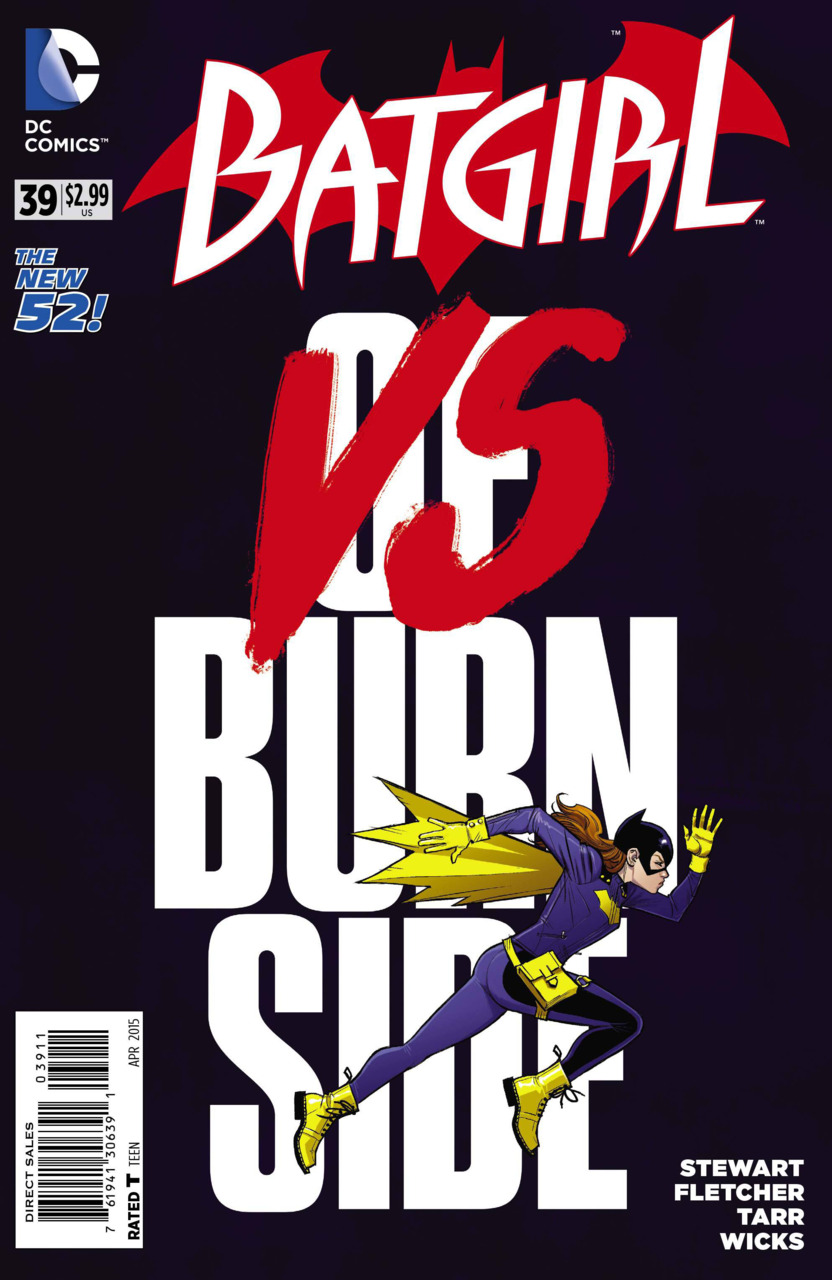 THE PLOT: Burnside’s turned completely against Batgirl, and Barbara’s not disagreeing with them! With her relationships fractured and her public name tarnish, will learning the truth about her hidden enemy do any good, or haunt her in ways she can’t imagine?

MY THOUGHTS: Throughout all of the dressings and accoutrements of current social media culture that Team Batgirl has incorporated into the book, at the core of their abilities persistently lays a talent for compelling storytelling. Above all else, these people know how to weave a story and construct a mystery. The identity of Barbara’s foe, revealed to be a version of Barbara cybernetically configured through her data algorithm, adds much more to the theme of Batgirl knowing and finding herself in a new setting than any of the red herring characters could have. I was laying down bets for Liam to be the culprit, but it could have been anybody introduced since #35. I’m really glad it wasn’t, and that the writing team know better than to just assign the role of secret villain to a random character. It’s more interesting to introduce both a new enemy and a new cast of characters and not sacrifice one for the other.

This issue’s fairly heavy with the angst compared to the previous four. Batgirl’s hunted by the citizens she protects…again, and this time it’s only almost unbelievable instead of totally unbelievable during the Batgirl: Wanted arc. Social media and public sentiment subjects the reputation of a famous person to be easily changed from day to day. I buy the people of Burnside turning on Barbara, because the stakes are drawn to be astronomically high (she’s not accused of murder) and there’s a bounty on her head. What’s better is that Barbara’s life is really the one that suffers as a result of her night life. She’s behind on her thesis which stresses out both sides of her persona. Thankfully we’re not burdened by layers of guilt from the supporting cast. Frankie has her own stuff to deal with, which does tie into the mystery villain plot, albeit understatedly. No one but Professor Krupkie gives her much crap, which is realistic and helps this from coming off as a total Spider-Man knock-off.

Significant to this issue is the reunion of Barbara and Dinah. Although Canary decides to bury the hatchet a bit too easily for my tastes (their issue becomes more about Barbara’s recent fame-whore tendencies rather than Dinah’s ugly attitude at the start of the run), it is good to see these two characters on the same side again, which we’ve not seen at all in these issues. It’s also just nice to see a familiar face have Batgirl’s back when her new allies start to waver, but not without good reason. I really like Quadir and am glad he isn’t Batgirl’s whipping boy when it comes to answering commands of “Make me this/make me that”. He’s no superhero and shows continual hesitation associating with Batgirl due to her recent behavior. I hope he’s brought in more to the fold now that Frankie knows her identity.

Which speaking of, that was a neat twist in the story. I don’t see any ill effects coming from this unless Frankie has a stink about rooming with crime fighters and kicks Barbara out. I like it when Superheroes have supporting characters who know their identity, as the tumult of keeping one’s secrets gets tiring after a while. It’s nice to read characters whom the protagonist and readers know they can trust, although the story’s not over yet. I’m hoping Frankie is made as much of a shoulder to talk to as Alysia was…or wasn’t now that I think about it.

This is another bulls-eye for the writing team. The mystery is legitimately engaging and not at all predictable. Can’t wait to see where it leads. It should be noted that we’re told to read Secret Origins #10 before catching the next issue of Batgirl, so I suppose I’ll check back in with that before review #40!