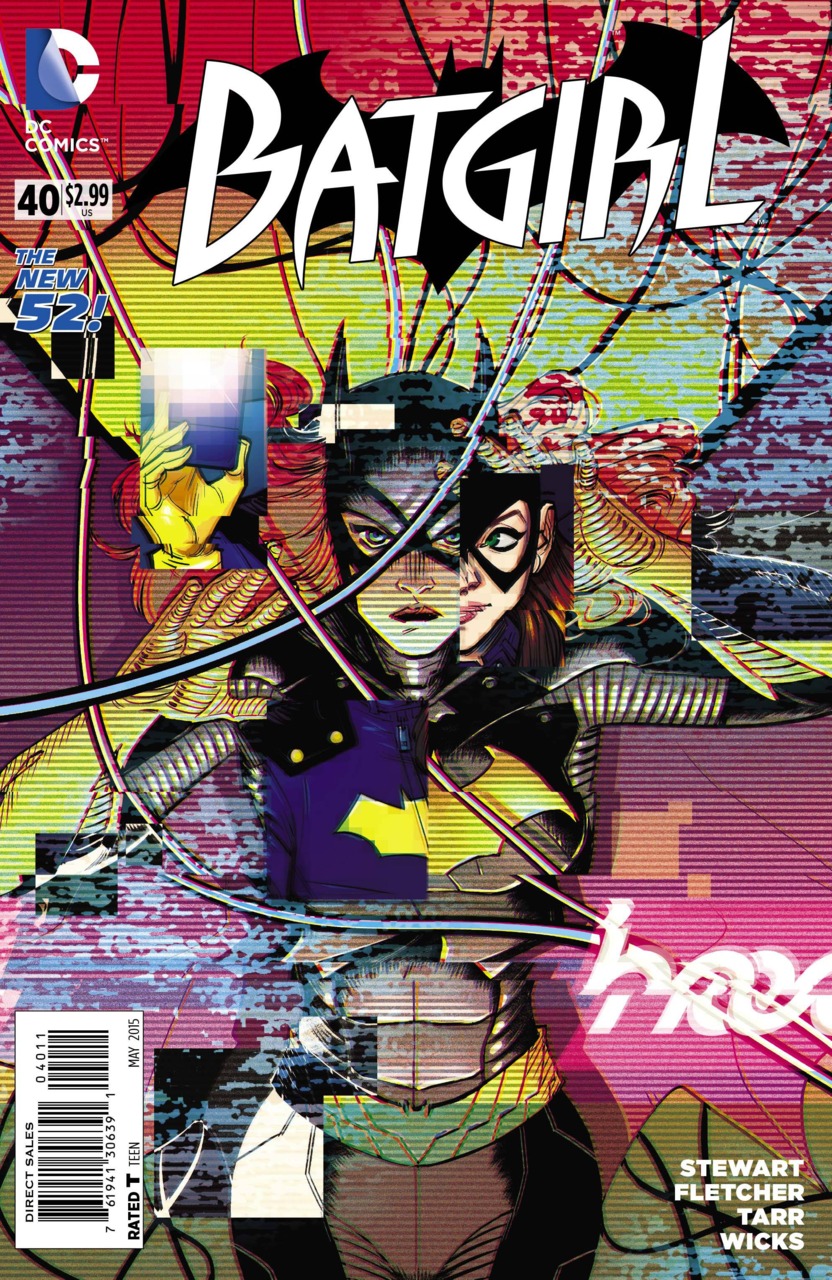 THE PLOT: A maniacal A.I. version of Barbara has positioned a space laser to kill hundreds of Gothamites it feels will lead the city to a spiral of future crime. Can Batgirl and her friends defeat the virtual doppelganger before Burnside’ name becomes literal?

The conclusion to this major arc by the new Team Batgirl fell a little flat for me. It’s not bad by any means, and as a finale it does its job and ends on a very positive note. But the central conflict feels really…comic-book-y.

There’s no way a comic book reviewer can use that phrase and not sound pretentious, but in my reading of the new run the stories have been more grounded, more down to Earth and relatable. The surprise twist of Barbara’s secret nemesis being a virtual version of herself was a great cliffhanger from the previous issue, but it definitely revealed the type of sci-fi action story we’ve all seen before. Even still, this issue ended the arc a lot more conventionally than I was expecting, and that took out some of the enjoyment for me.

We’ve all seen the evil robot-clone version of the hero story before. It’s been done in Batman: The Animated Series with H.A.R.D.A.C. and the duplicates. The dark reflection of a hero that’s borne from a genuine place that resides in the hero’s psyche isn’t an idea that’s fresh or unique. It’s not totally worn out either, and still has potential to provide some really sharp insight into the character. For that matter then, I like how this ended up being the Burnside Batgirl vs. the New52 Batgirl. It’s pretty explicit, and without straight-up accusing the Gail Simone Batgirl of being a hateful fraud, this one examines that era of Barbara Gordon and calls her out as not being true to the character. It’s rather daring because it comes off as somewhat accusatory towards a writer’s personal vision, claiming “you got it wrong”. Then again it may be more towards the editors than Simone herself… Nevertheless, I agree with the premise. It’s a cool idea. But the realization of the digital Batgirl was unbelievably over-the-top. This isn’t so much an examination of the Barbara Gordon character by putting her up against an extreme version of herself as it is taking her memories from when she was at a low point in her life and making a cartoon super villain out of her. I mean just look at her in this one shot of the comic as shown to the right.

Once you reach that point in the story with this panel, it’s clear the writing team are less interested in the potential for a more introspective Batgirl story and fall back on rather hackneyed plots that were old since the original Star Trek series. I mean Batgirl even employs the “DOES NOT COMPUTE” method of disrupting the program for God’s sake. I was honestly expecting it to explode at that point.

It’s not a sin that in the final act the writers went for a more typical comic book ending. I mean, this is a comic book. Who am I to rag on it for that? I’m just personally disappointed. There was some real soul searching in the last couple of Batgirl issues, and this one presents the opportunity for it to go to its natural conclusion by having to previous Barbara and the current Barbara interact with each other. But the Simone era Barbara, no matter how much I personally did not like her, was never this blatantly evil or homicidal. Beyond even that, it’s really idiotic for a sentient consciousness to conclude that mass slaughter is the solution to everything. That’s way too one dimensional for a villain, let alone an echo of a hero. It rubbed me the wrong way because it felt like to have this ending the writers were grasping at straws.

But the first story has now concluded. Frankie is in on the secret and will act as the new Oracle, which is neat. There’s a ton of characters who are savvy with technology, between Babs and Frankie to Quadir and even Harper Row, so I’m not sure the need for an Oracle is exactly there anymore. Nevertheless I like Frankie, so I’m looking forward to see how she develops.

This isn’t a bad issue, but a disappointing one for me, and for subjective reasons.