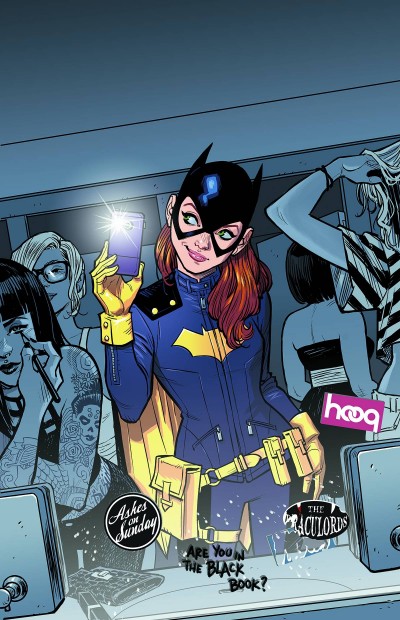 In 2011, the DC universe went through an abrupt change when the company relaunched its entire line after the events ofFlashpoint, an event that rebooted a universe that had persisted for nearly 75 years. There are many arguments both for and against this decision, but today I want to talk about a specific problem that DC had with the ‘New 52’ relaunch and more importantly, how they fixed it.

After the dust of 52 new #1 issues settled, readers were left with a line of overwhelmingly similar titles (dark, violent, mature) that didn’t speak to younger readers. I am well aware that DC continued to pump out kids comics like Teen Titans Go!, and Scooby Doo. That said, I’m referring to the 8-14-year-old market that has outgrown “kid stuff”, but isn’t quite old enough to read “The Killing Joke” or Arkham Asylum. This is the window where those impressionable youngsters become disenfranchised with comics because there is nothing for them to read with which they can identify or relate. The type of comic publishers are always looking to produce are “all ages” comics, not comic books for kids, but comics that can truly be enjoyed by children and adults alike.

When I was growing up reading comics, this wasn’t an issue. Both Batman and Detective Comics were written for all audiences, regardless of age. In fact, Batman #442 (which was the last chapter in the classic story “A Lonely Place of Dying”) had the blurb, “DC Comics aren’t just for kids,” prominently featured on the cover. Sometime between then and the end of Flashpoint, things changed so much that it wouldn’t surprise me if a blurb on the cover of Batgirl #35 read, “DC Comics aren’t just for adults”. Why this shift in tone occurred is a discussion for another day; the fact is, the shift happened and comic books became even more focused on adult males instead of a larger audience.

Batgirl #35 is the catalyst for this resurgence of the all age’s comic in the DCU (though it could also be argued that titles like The Woods and Lumberjanes inspired DC and Marvel to move in this direction). Titles like Gotham Academy, a decidedly all ages book that features artwork that is unique in all of comics right now; We Are…Robin!, another original title that features a whole team of would-be Boy and Girl Wonders; and Starfire, the latest attempt to correct a bad ‘New 52’ revamp of a classic DC character; have come as a result of the success of Batgirl’s tonal relaunch. These are all fine titles, but none of them feature a character with the history and importance of Batgirl. It’s vital to the success of comics that the industry brings in new audiences. Celebrating diversity and inclusiveness is how comic books will survive and thrive beyond the niche audience.

Anyone who has been a parent has had to learn to tell his or her child, “NO!”, but in the past few years, it had become a seemingly never-ending series of No’s whenever my daughter asks to read comics. For a girl whose last three Halloween costumes have been Raven, and two versions of Stephanie Brown (once as Robin, and once as Spoiler), it’s great to see her once again dig into her monthly stack of comics and come away with titles that she cannot wait to read. No book has done more to bring in a new youthful audience to DC’s superhero world than Batgirl, and that makes it the most important book in the DCU.