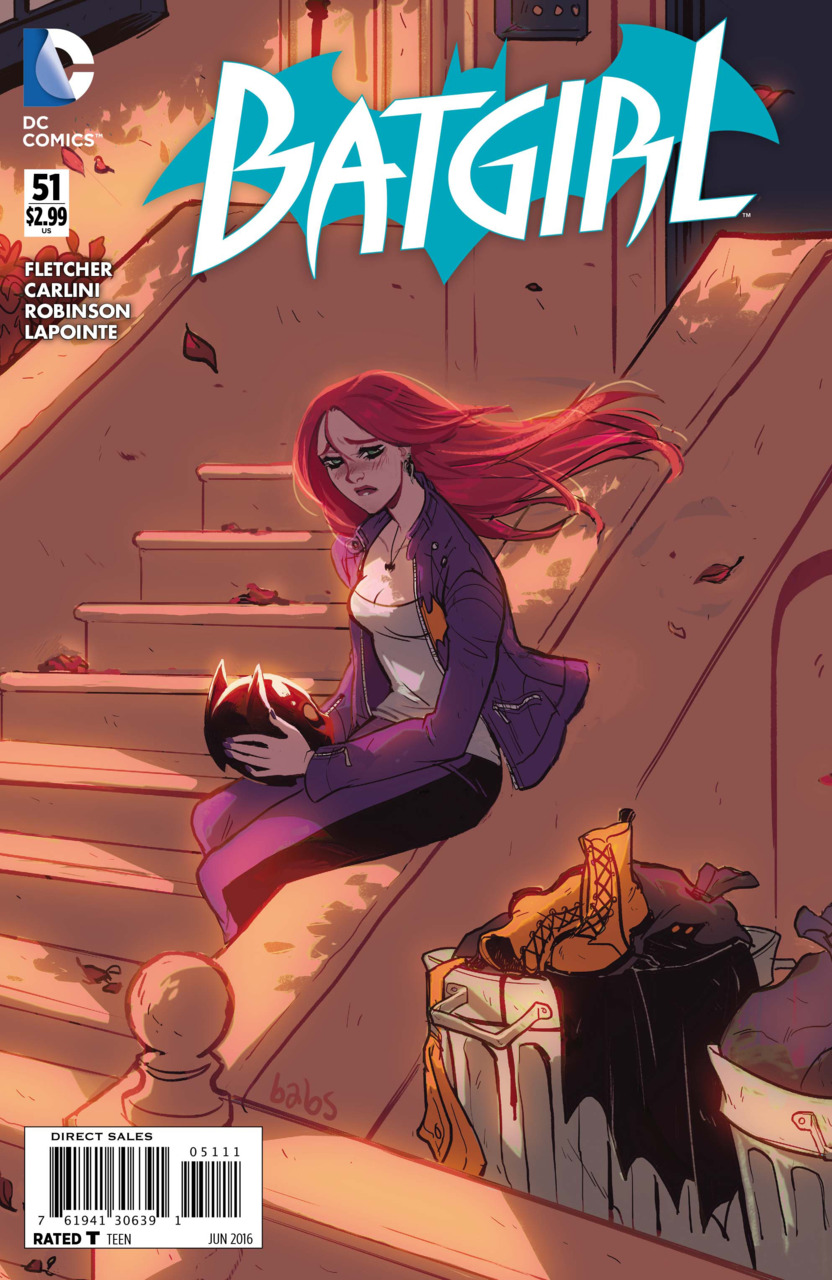 THE PLOT: Run down between her new Gordon Clean Energy business and her time as Batgirl, Barbara is coming close to deciding on the next big step in her life – one that may not include Burnside.

MY THOUGHTS: In reading this set up for the final issue of Burnside Batgirl, I’m reminded of the last few issues of Cassandra Cain’s series. In that, a rematch between her and Lady Shiva has been building up for the better part of six months, with the revelation that Shiva’s her birth mother. A lot of fighting, dying and being reborn happens but the readers can feel the rising tension in the issues leading up to the finale.

In this scenario, the book is at the mercy of DC’s whims as a company. Last issue really should have been it, mainly because Babs Tarr did most of the artwork and it was centered on Barbara as Batgirl squarely. This issue still has her at the forefront, but I find much of the plot involving Gladius and her gang to be really distracting. It’s a solid story on its own that Babs’ current lifestyle is proving too much for her and perhaps her time at Burnside is up, but I’m left wishing the issue were more exploratory and self-reflecting. A lot of the scenes read like they’ve been given short shrift, and as the last story for the run it’s a disappointment.

Several things are established really quickly without much explanation. Qadir now just works for Batgirl (or, Operator?) randomly. Babs is still in school but has been running her new business for months, yet the Fugue and her new neck-chip are still being mentioned as though it was recent. Worst of all is the really half-hearted relationship between Babs and Luke Fox which the book never cared to make feel real. The best he was given was the issue in which he came second in screen time to Dick Grayson. I really found the scene between him and Barbara to be especially weak given how he was hardly seen in the back-half of the Fugue storyline, and his understanding and adoration of Barbara is just out of nowhere. For the level of affection they’ve been throwing at each other, we’ve not seen much demonstration of it at all to get invested in the relationship. I suppose instances like this have been done more than a dozen times with male leads and female love interests, but it’s still not a good look for this book.

I’m left unsatisfied with how this book is ending up, and I worry that I’m too obsessed with Babs Tarr not doing the artwork that I’m harsher on this than I need to be. But Tarr made everyone feel real and alive. Roger Robinson’s style is pretty stiff and straight-laced which is an unsuitable successor to end the series with.

And I suppose this will be crossing over with Gotham Academy..? It was cool seeing Olive and Maps in Batgirl again, but before the ending revealed that the school would be targeted it felt like a random cameo.

It’s tough as I have little positive things to say about this issue. It wasn’t bad exactly, but it felt as though Fletcher was instructed to wrap up the series at the eleventh hour, and he tried cramming several things into a single plot. Gladius isn’t exactly a great villain the end things on, as I barely remembered her from the Annual last year. The story’s serviceable, but as an almost-final issue it doesn’t give the sense that the next issue is worth picking up. Here’s hoping it will be.