“The Button” Conclusion Delayed One Week 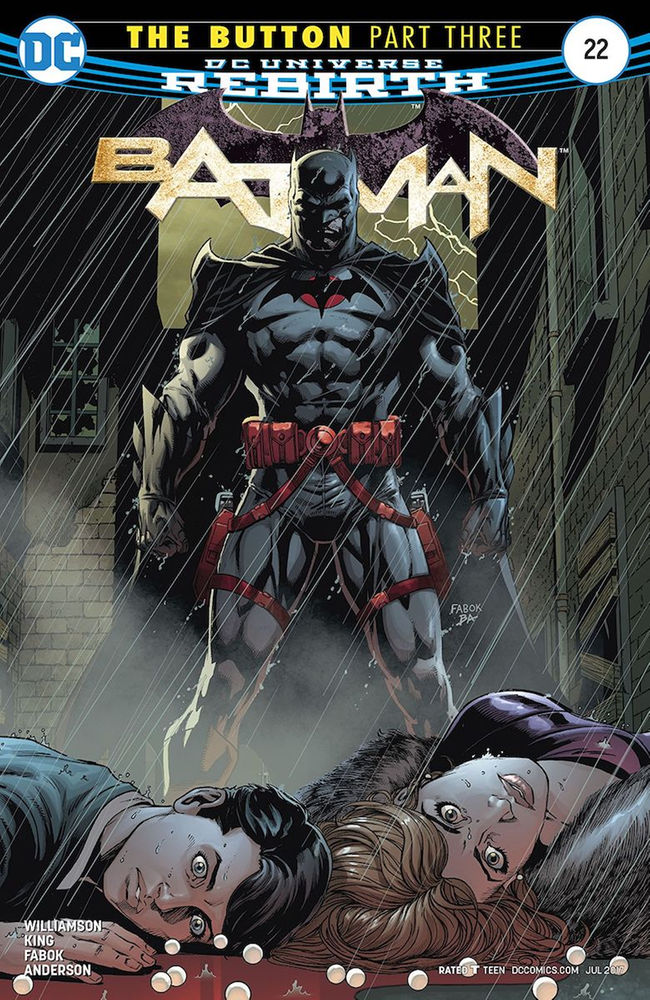 The currently ongoing crossover between The Flash and Batman has suffered some changes both in schedule and creative team. The Flash #22 is being moved forward one week later and will now be released on May 17 instead of May 10. This change is due to the fact that Tom King has passed scripting duties on Batman #22 to Josh Williamson, The Flash writer.

As Newsarama reports, “As we worked out the story details of the issues together, it become clear to me that Josh could script Batman #22 better than I could,” King explained. “My responsibility is to put out the best Batman issue possible for the fans, and in this case, the way to do that was to step back a bit and let Josh take the lead. Reading it over now, it’s obvious I was right; I love the issue and I love this event, and I can’t wait for everyone to get it in their hands.”

Williamson added that scheduling considerations also played a part in the decision, saying “Tom and I had been working together on this insane ‘Button’ crossover for months, so when he needed to focus on the next arc of Batman with ‘The Brave and The Mold’ and ‘The War of Jokes and Riddles,’ it was super easy for me to jump in and help take the script across the finish line. Tom and I had talked with DC editorial about what we could reveal in Batman #22 and how it would play out and we’re happy with the story we developed together. The next parts of the crossover are going to be a wild ride.”

Expect to see Batman #22 in stores next Wednesday May 3, with the conclusion of The Button two weeks after that in The Flash #22.