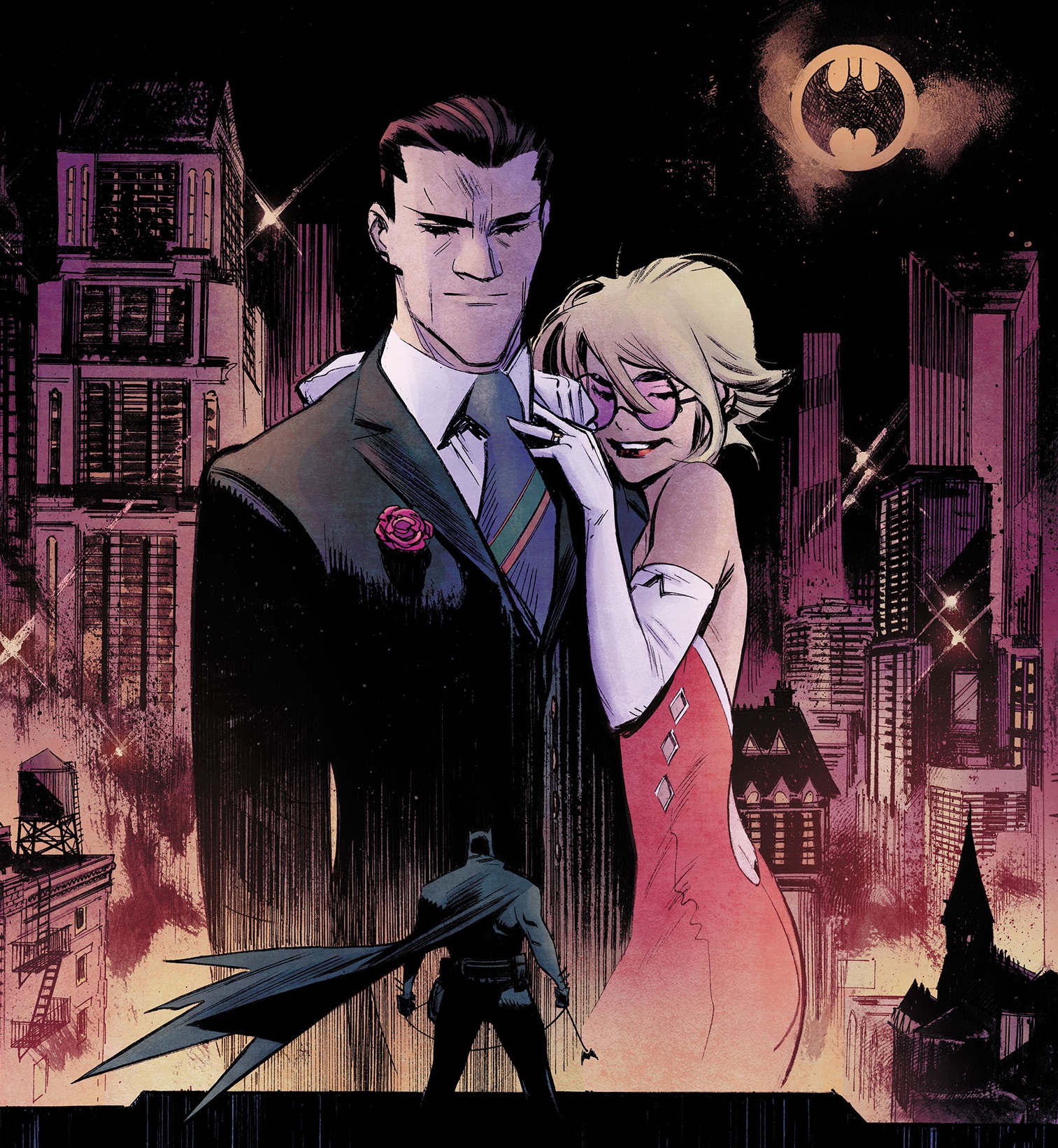 The Joker’s insanity has made the Clown Prince of Crime Batman’s greatest villain for over 75 years. So what happens if this crazed madman, becomes just a man, a sane man? Readers will find out in Batman: White Knight, a tale written and illustrated by Sean Murphy that sees a wholly reformed Joker take Batman using a tool miles away from laughing gas and booby-trapped theme parks, the legal system.

“Seeing Gotham for the first time with clear eyes, his psychosis now cured, he starts to understand the absurdity of vigilantism and how Batman’s actions are only contributing to Gotham’s endless crime cycle,” said Murphy. “Joker sets out to beat Batman by becoming the White Knight that Gotham really needs.”

At the end of the series will readers be left thinking these two men couldn’t be more different, or are more alike than either would ever admit? We’ll find out when the first issue goes on sale October 4.