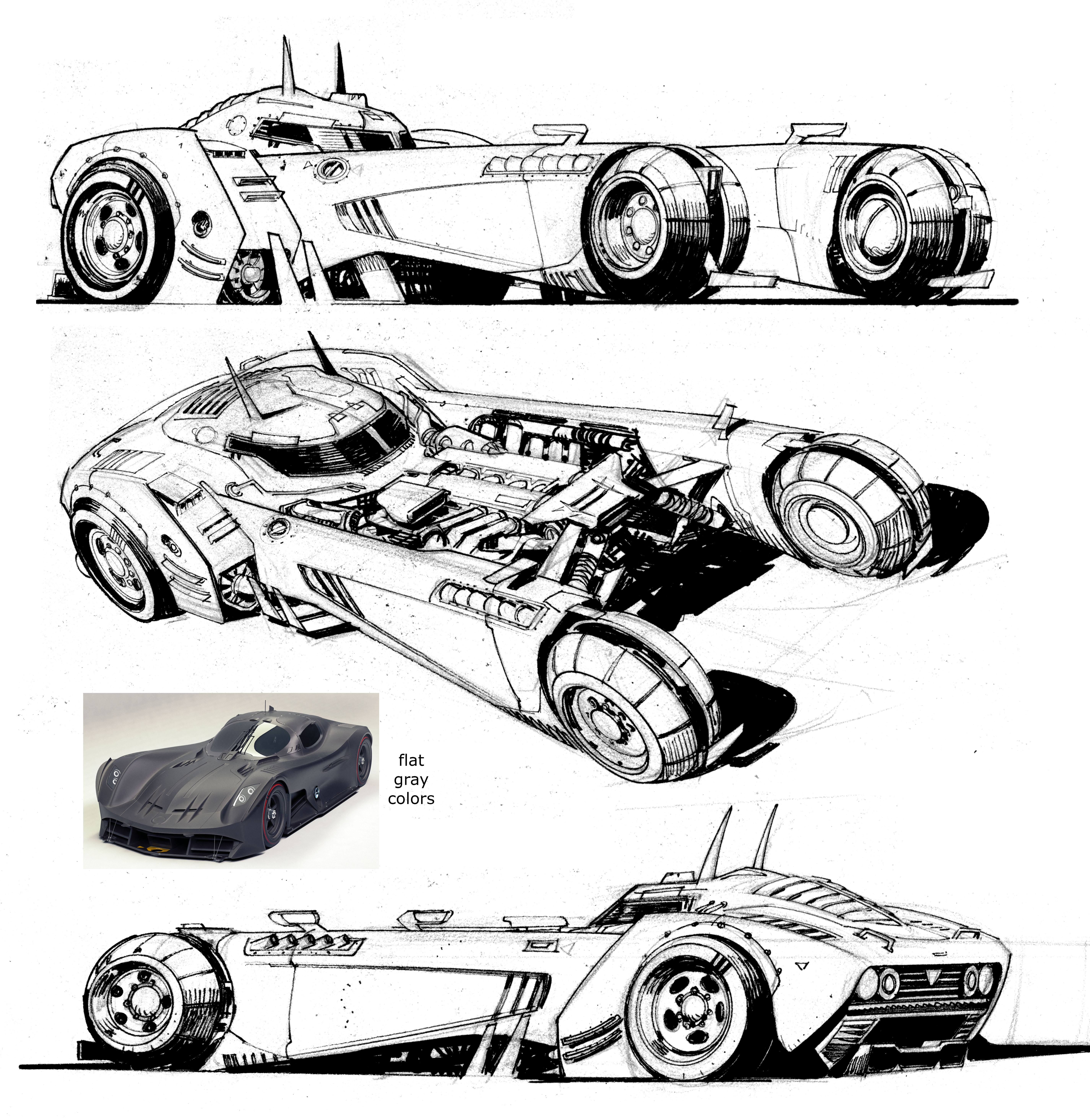 For every different iteration of Batman, be it in comics, television, and film, there is also a completely different iteration of the Batmobile. From the iconic 60’s dome top to The Dark Knight Trilogy’s military-inspired Tumbler, the only constant is the car’s design being a perfect match for that universe’s caped crusader. Batman: White Knight is no different as artist Sean Gordon Murphy revealed his design for the book’s Batmobile to the folks over at Nerdist.

Murphy has a very specific design philosophy in mind that combines may of the past elements into one cohesive, functional without sacrificing an appealing form.

I brought some specific stuff, like from F-1 cars, I wanted my Batmobile to be a cross between a rock tumbler and a sports car, like you would see elements from a Ferrari and a Humvee. This is very different Batmobile. No matter what I threw at it, I wanted to keep classic elements. I wanted it to have the Keaton Batmobile [from Tim Butron’s 1989 Batman] profile. Do you dig the new take on the Batmobile? Sound off in the comments or let us know your favorite design. Batman: White Knight #1 is on sale October 4.