Review: The Brave and The Bold: Batman and Wonder Woman #4 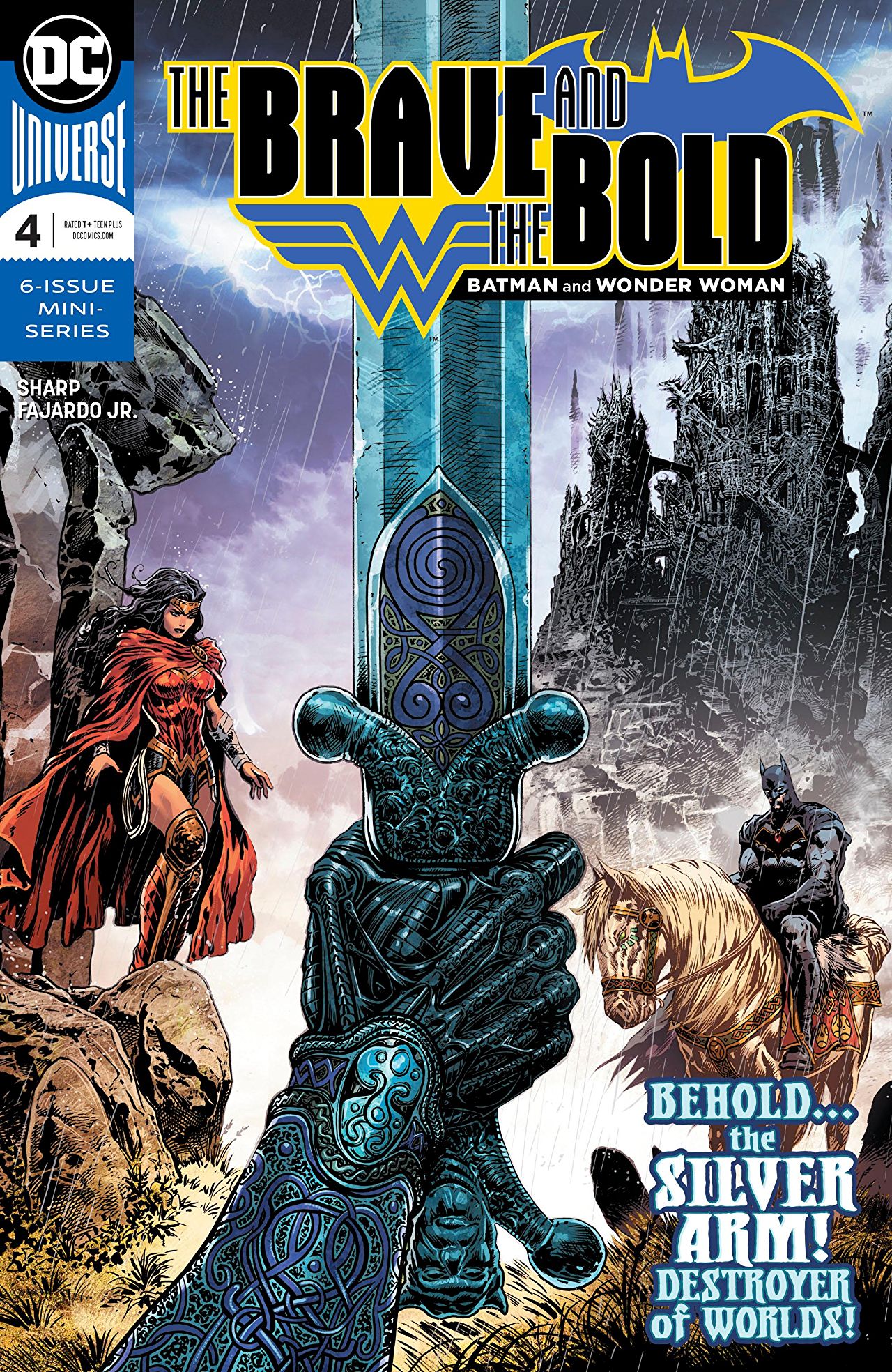 Overview: Bruce and Diana discover that the tomb of a beloved hero is desecrated.

Synopsis (spoilers ahead): In the Court of the Dé Danann, Captain Furf confronts Cernunnos about Diana’s and Bruce’s investigation. He advocates that they initiate Fomorian martial law. Cernunnos is flattered by Furf’s “diplomacy,” but believes that they need to work together to solve this crime.

Cernunnos asks Diana and Bruce if they did indeed attack some Fomorian foot soldiers. Diana recounts that Bruce realized that they were being followed by these soldiers, who were cloaked by an invisibility spell. She states that Bruce attempted to question them about the violent raids on the villages of Tír na nÓg. After declining to answer, the soldiers attacked Diana and Bruce.

These soldiers admit to Cernunnos that they were spying on Diana and Bruce under orders from Captain Furf. Bruce chimes in and states that the Fomorians accuse the Tuatha Dé Danann of murdering Kind Elatha on meager evidence. He says that they are doing this to frame the Dé Danann for the murder and foment unrest. Diana asks Cernunnos if they may visit Queen Ethne, wife of King Elatha, to find out if Elatha knew anything about the village raids. He grants her request and tells the people of the court to not hinder their investigation.

In Dagda’s Keep (Queen Ethne’s castle), Diana tells Ethne that she is sorry for her loss. Ethne states that she heard her husband was poisoned. Diana and Bruce tell her they suspect that he was not poisoned by the Dé Danann boy. Bruce shares that according to King McCool, Elatha was at the Dé Danann court to negotiate peace terms. He states that they also learned that Elatha also did not partake in the Fomorian raids on the villages, but he also did not condemn them either.

Ethne shares that in the past, the Fomorians and the Tuatha Dé Danann fought alongside together to defeat Balor, the self-proclaimed king of the sea Fomorians. After this battle, she (Dé Danann) married Elatha (Fomorian); thus, peace was established between the two peoples. Eventually, the crown was handed to her son, Breas. Unfortunately, Breas was a cruel and unjust king. They banished Breas to Balor’s kingdom. Soon thereafter, Breas and Balor attacked Tír na nÓg again. Thankfully, Elatha was able to repel their invasion.

Afterward, Diana and Bruce head to the tomb of Tír na nÓg’s greatest champion, King Nuada. Nuada was a famed warrior who fought in the battle against Balor and Breas. Ethne and her soldiers followed them and she became extremely mad that they are “desecrating” his tomb. Diana and Bruce point out that someone else came in here and looted the tomb.

At the Grand Hall of the Dé Danann, King McCool is outraged that the Fomorians had the audacity of accusing him and his people of desecrating Nuada’s tomb. He tells Captain Furf that if the Fomorians want war, then there will be war.

Analysis: I like this miniseries, but I do not like this particular issue. We have entered into the middlegame. This story is approaching the finish line and this issue is setting up important pieces for the explosive finale. It took me a few readings to really appreciate this dialogue heavy issue. I just have to remember how this issue fits with the overall story.

I cannot say enough about Liam Sharp’s artwork. It is just perfect. It is so good.

Final Thoughts: Overall, I felt that this issue did what it needed to keep the momentum of the story going.