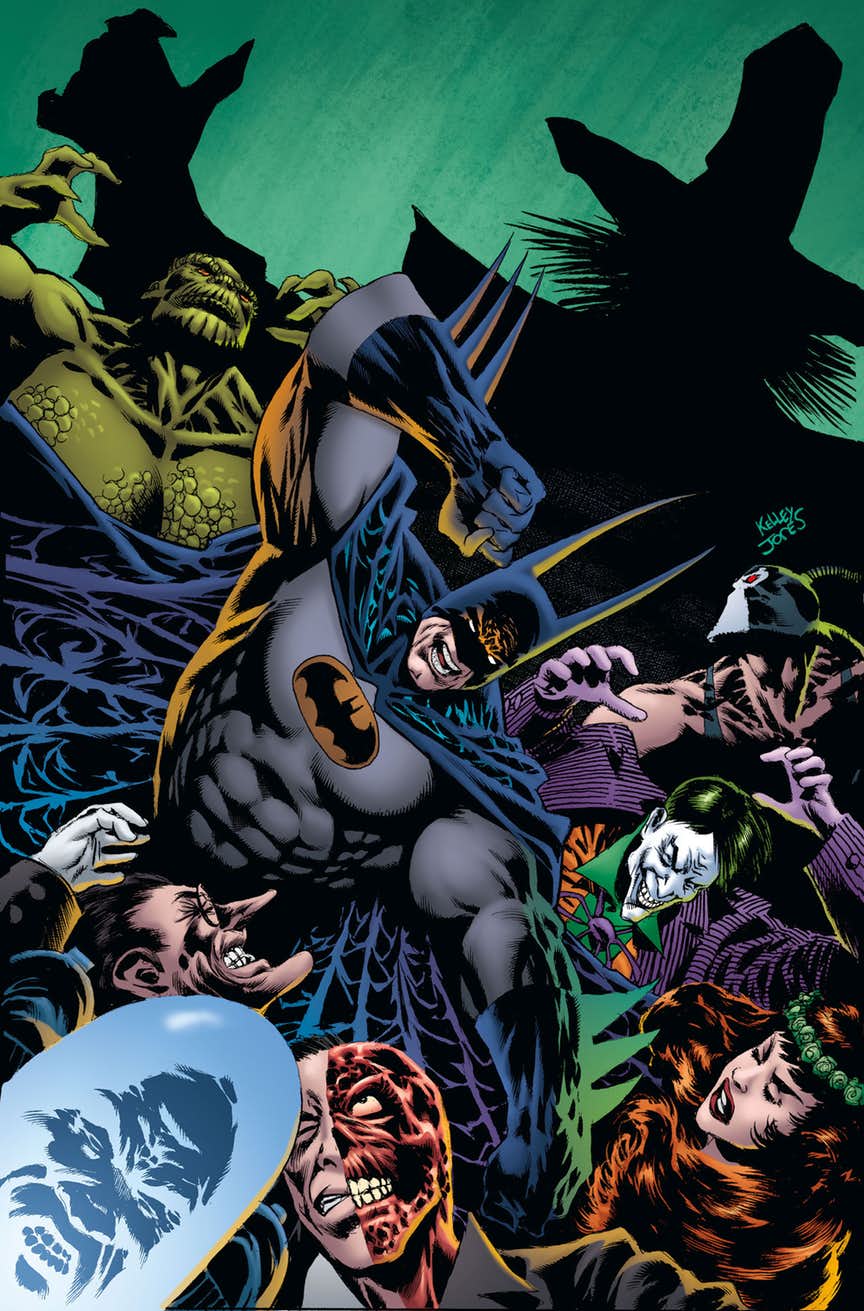 You may recognize Kelley Jones from his art in Batman vs Dracula and Knightfall, but this August you’ll have another chance to see Jones’ work in action in the six-issue miniseries Batman: Kings of Fear. Jones will team with writer Scott Peterson for a tale that takes place outside of current continuity and sees the Dark Knight go up against the Scarecrow. According to DC Comics:

Batman’s been overseeing Gotham City for years now and isn’t sure how much of a difference he’s making. Doubt, fear, and insecurity are starting to take over. And as all of those negative feelings set in the Scarecrow orchestrates a riot in Arkham Asylum to give the Dark Knight one of his greatest challenges yet!

As for why Scarecrow was chosen as a villain, Peterson tells CBR “By this point, there have been so many great stories done with all the villains, it did feel like, given how integral to Batman as a character both in the real world and in the comic book world fear is, that there was still more yet to be said with the Scarecrow, or at least a take that I hadn’t quite seen.”

The first issue of Batman: Kings of Fear will release on August 22. Excited to see the return of Kelley Jones to the Batman Universe?