Batman and the Justice League Manga is Heading Stateside this October 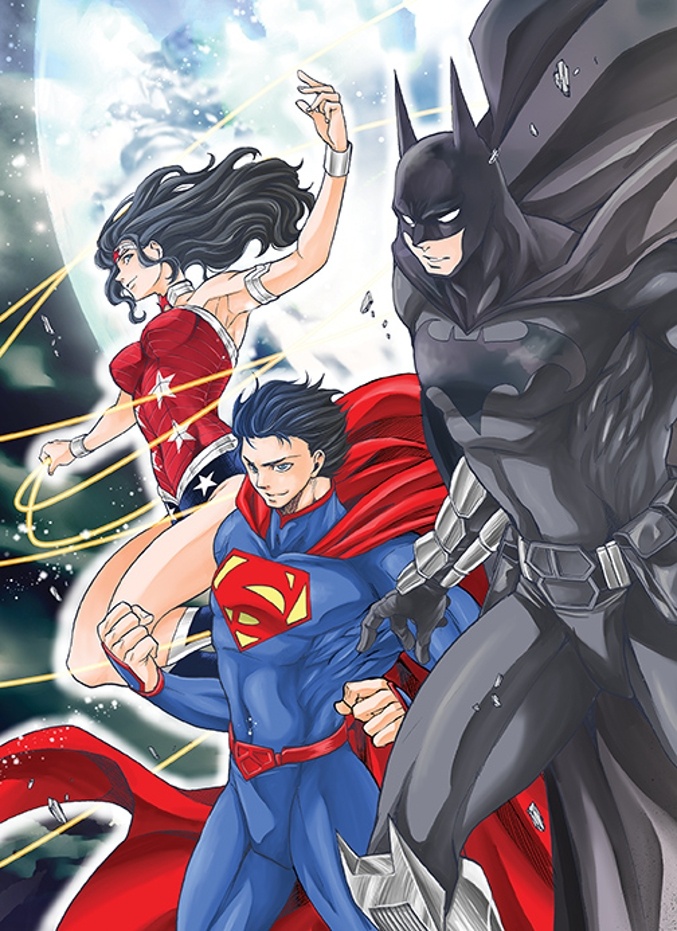 Batman and the Justice League, a manga by Shiori Teshirogi (Saint Seiya: The Lost Canvas) will be getting a stateside release on October 17 for $12.99. The 208-page manga will collect the story that previously appeared monthly in the pages of Champion Red. The official synopsis is as follows:

A young boy from Japan travels to Gotham City on a mission. A year before, his two parents–both scientists–were presumably killed in an explosion that destroyed an experimental power plant. But the boy believes they may still be alive. At the very least, he’s determined to find out what actually happened. But his quest soon leads to a run-in with some powerful forces–forces that require help from both Batman and the Justice League!

The story also features Lex Luthor and the Joker as antagonists while Batman is joined by Superman, Wonder Woman, and additional members of the League, all rendered in classic manga style. With the critical success of the anime Batman Ninja, now might be the perfect time to explore more of DC Comics through the eyes of Japan.

What characters would you like to see show up in this or future manga? Sound off in the comments below!