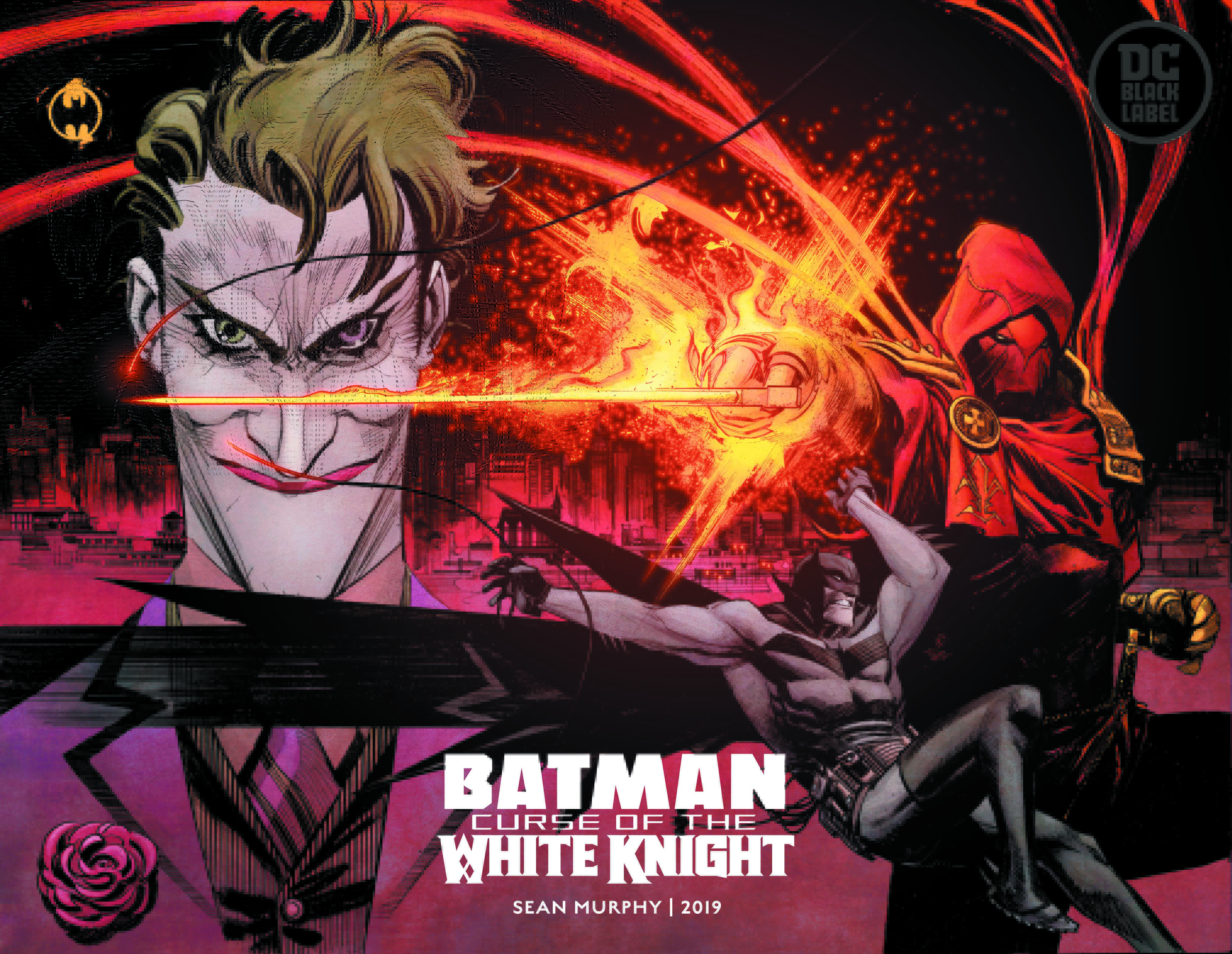 After the success of Batman: White Knight, writer/artist Sean Murphy is following up the story with Batman: Curse of the White Knight for the Black Label imprint at DC Comics. According to the synopsis at Paste Magazine:

In this explosive sequel to Sean Murphy’s critically acclaimed blockbuster BATMAN: WHITE KNIGHT, the Joker recruits a savage partner to help him expose a shocking revelation about the Wayne family’s legacy and run Gotham into the ground. As Batman rushes to protect the city and his loved ones from this corrupt conspiracy, the mystery of his ancestry unravels and deals a devastating blow to the Dark Knight. Exciting new villains and unexpected allies will clash across history in this unforgettable chapter of the WHITE KNIGHT saga—and the truth about the blood they shed will shake Gotham to its core!

The sequel will also introduce Azrael in a new way, re-imagining the character for the world that Murphy has created. The creator also spoke with Paste Magazine about his approach to writing comics and had some choice words for writing in the current political climate.

I think the trick to writing a comic that successfully talks about politics is to include diverse characters with diverse opinions, then to do your best to treat those opinions fairly and accurately in a way that would satisfy readers who might share them.

This is especially hard when the script calls for you to bolster opinions you don’t agree with—but if you want to write a balanced story that has the potential to reach people you might not agree with, then there’s no way around it. This doesn’t mean sacrificing your political values as a writer—you can say everything you want through characters you align with (I’m a moderate liberal trying to be a peacekeeper, so I align most with Batgirl). But you need to include characters who disagree, then give them plausible reasons for doing so.

What this means for the sequel is yet to be seen though initial promo art includes not only Azrael but the return of the Joker so the conflicting ideologies of those two characters as well as Batman and his allies will hopefully generate heated arguments and philosophical debates in the pages of the new series. Murphy also says that his series has a bit of inspiration from Tim Burton, Christopher Nolan, and Frank Miller but his greatest inspiration is the 90’s animated series which really comes through in the look and feel of Gotham as well as it’s inhabitants.

Batman: Curse of the White Knight arrives in 2019.

Review: Legends of the Dark Knight #7