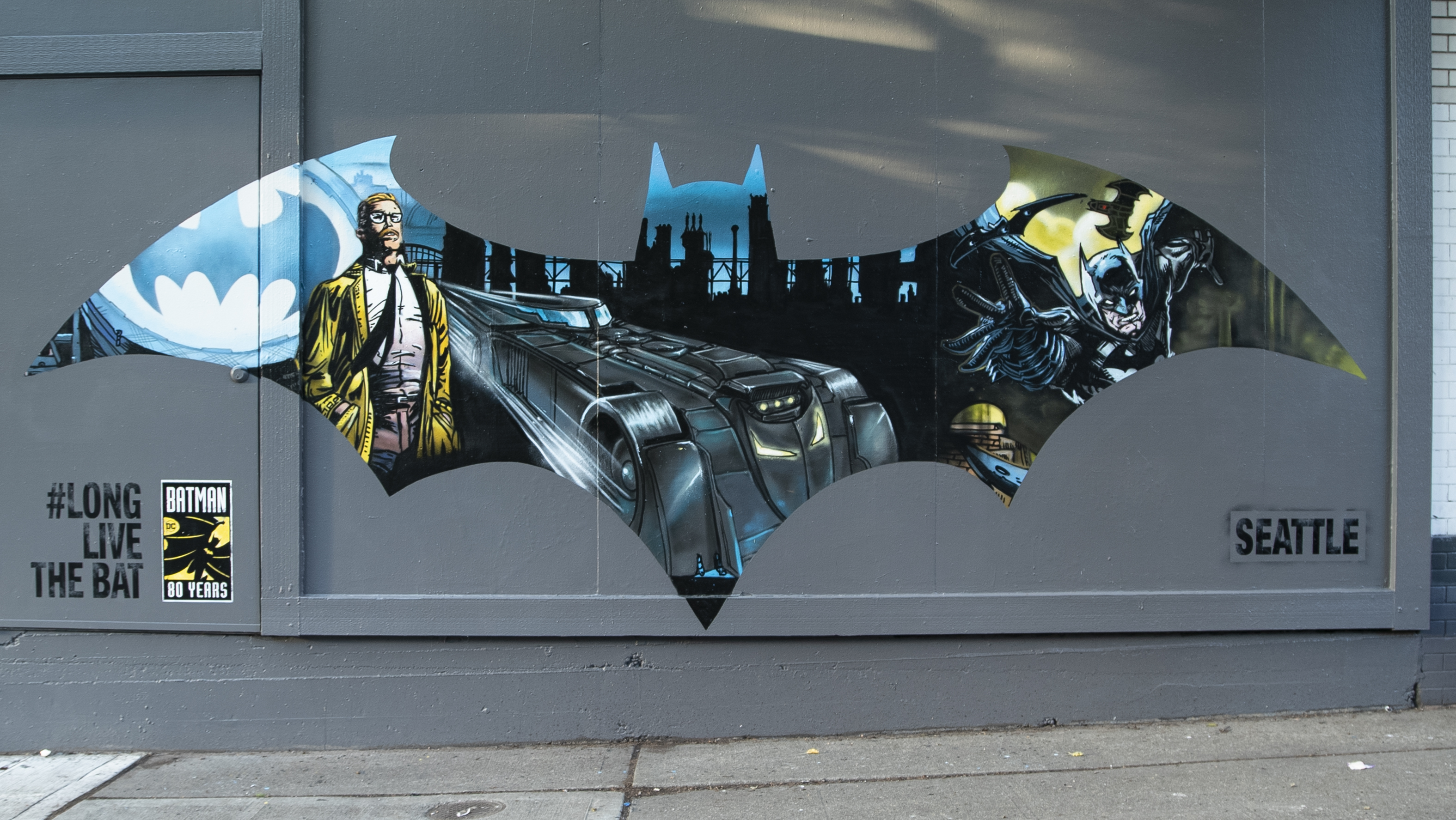 DC Comics has announced a series of murals as a part of its year-long celebration of Batman’s anniversary. The mural series allows DC to work with local artists in major cities, allowing the artists to create locally-inspired renditions of the famous Bat symbol. The first two cities to take part in the new endeavor are Seattle, drawn by local artist Joey Nix, and Bentonville, AR, by Mexican artist Octavio Logo. Nix, a muralist known for starting an alley beautification program with other muralists from around the world, used his photorealistic style to create his beautiful piece. Logo, who has been contributing to the street art scene in Bentonville since 2012, used a mixture of vivid colors to create his dramatic piece.

Two more muralists popped up in the list of cities participating in the series as well. Warner Bros. Studios artist Kat Sanders will debuting a mural in the Warner Bros. studio lot in Burbank, CA. Dallas was also announced as getting a mural. DC has asked fans to submit pictures of themselves with the murals on social media using the hashtag #LongLiveTheBat.