Guess Who’s Joining the Scooby-Doo and the Mystery Gang? 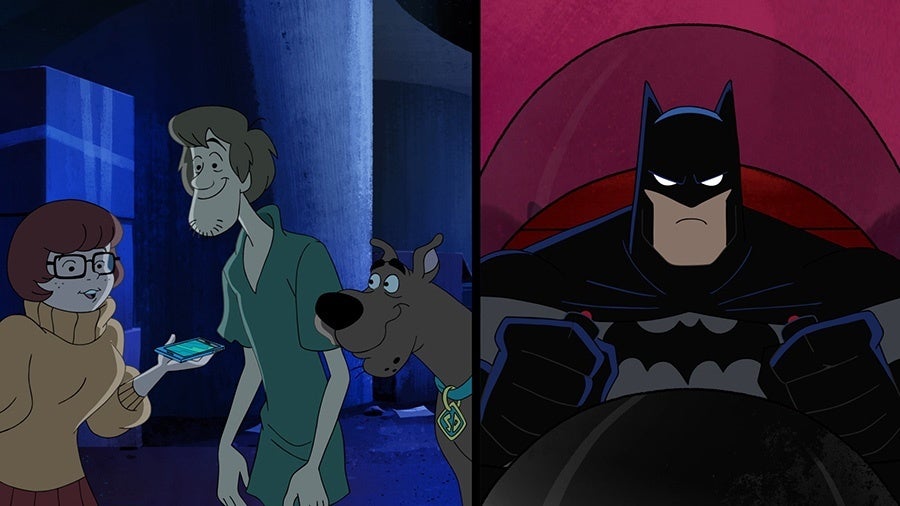 Batman has a long-standing tradition of crossing over with Scooby-Doo. It started back in the 1970s when The New Scooby-Doo Movies series featured Batman and Robin in two different episodes. The tradition continued in 2018 when the film Scooby-Doo! and Batman: The Brave and the Bold released. Characters from the Batman Universe have also appeared in various Scooby-Doo team-up comics as well.

Another crossover can be added to the list as today the season finale of the current Scooby-Doo series, Scooby-Doo and Guess Who? premieres. The series has had a new guest star on each episode throughout the season including Wonder Woman. Now Batman will make an appearance. Voiced by Kevin Conroy, the Mystery Gang will come in contact with Batman after a kidnapping.

“When Scooby and the gang come to Gotham City to visit Alfred Pennyworth, they stumble into a dangerous mystery! Alfred’s been kidnapped by the Man-Bat! Batman is on the case and he does not want any help from our meddling kids.”

The season finale of Scooby-Doo and Guess Who? will air exclusively on Boomerang today.