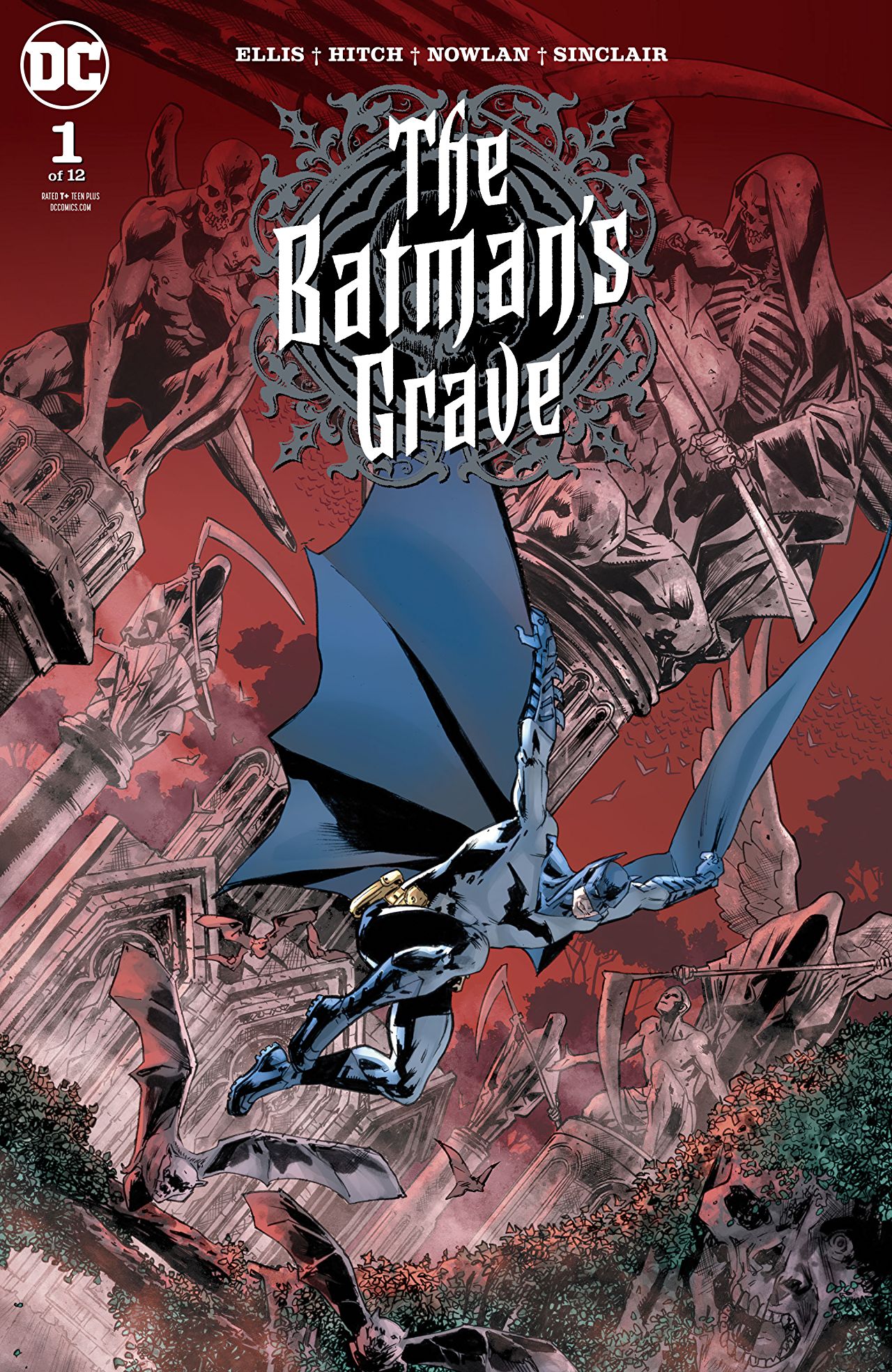 Overview: Batman investigates the murder of a troubled man.

Synopsis (spoilers ahead): Alfred Pennyworth tends to the landscape around the grave markers of Thomas, Martha, and Bruce Wayne. He reminisces on the parents’ love for their child, and also on his own knowledge that one day he, too, would watch over the filled grave of Master Bruce.

In Gotham City, a couple banters over the wisdom of taking their small daughter to see a horror movie before they are held up by some ruffians, who know that one of them is a police officer. Before they can attack, however, Batman descends upon them and easily dispatches the would-be cop killers. After asking the couple to call for an ambulance, we follow Batman as he continues on his patrol. Over comms, Alfred informs him that someone has been trying to get through to the police with an unexplained death for four hours. Batman arrives on the scene; an apartment building. Batman questions the neighbors of the source of the call; a man who hasn’t been seen for three days. A noticeable stench had made its way through the locked door of the man’s apartment.

After some interrogation, Batman breaks through to find the victim, Vincent Stannik, dead and decaying on a pull-out sofa facing a wall full of clippings of Batman articles. Batman scans the room, deducing that the killer has cleaned off any traces of him/herself and then calls Gordon’s office to set up their own scene before heading back home.

Bruce Wayne enters to find Alfred relaxing to some music and drink. The two engage in a discussion on whether Batman’s mission and methods are not only ethical, but necessary. Alfred points out that “You immerse yourself in the dead….you come back each time a little less alive.” Bruce, unfazed, emotionless, gets back to work.

Vincent Stannick had worked in the district attorney’s office until five years ago, when he had a mental breakdown, lost his job, and ended up in that apartment, obsessing over Batman.

In a VR area of the Batcave, modeling Stannick’s apartment, Bruce puts himself proverbially in Stannick’s shoes, profiling the victim. Stannick was recovering from the breakdown, trying to work his way back to a normal life. Even meeting a friend. This friend, this murderer, had killed Vincent, but had cared for him as well. He didn’t steal anything except for Vincent’s life.

It clicks together for Batman and he rushes to Stannick’s apartment to fulfill his realization. He removes the floorboards to find a man lying beneath. The man is soiled in blood and says that he was lonely.

Analysis: There’s a sense of a slow-burn dread lacing the pages of this book. The title alone plants that seed and the prologue in which Alfred is watching over the cemetery fertilizes it.

It’s a mystery involving actual detective work with deductive reasoning reminiscent of Sherlock Holmes, and Ellis weaves it in a narrative worthy of the World’s Greatest Detective.

Alfred is the subtle narrative-driver here, and everything he says or thinks feels like another foreshadowing clue as to what the story is truly about. He points out that Bruce isn’t aware that he’s in a war, and that in war, people are killed. Not necessarily from murder, but from self-defense. I wonder if this parallels Stannick’s own ‘war’ within himself, having suffered a long and tumultuous road to recovery. Bruce dismisses Alfred’s analysis and continues to focus obsessively on the mission. Was Stannick equally obsessive about Batman, and did this lead to his inevitable death, as Alfred fears Bruce’s inevitable death from his obsessive missions?

Final Thoughts: This felt short, but still promising. I love that we get to see detective work pretty much off the bat, and Ellis’ thoughtfulness in the psychology of his narrative use of Alfred has me excited for this series.