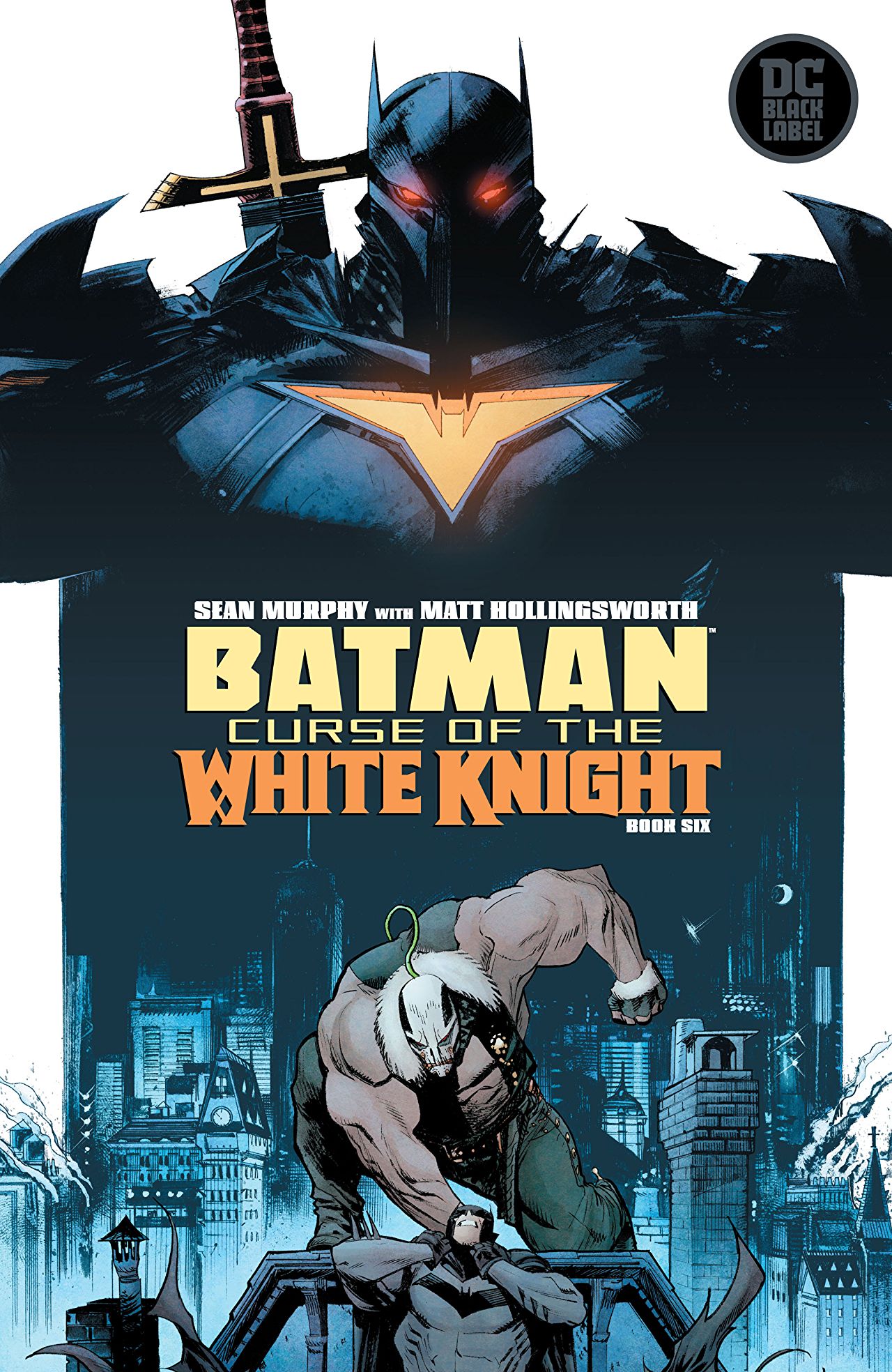 Overview: Batman and Harley Quinn launch an all-out war against Azrael and Joker, as the darkest secrets of the Wayne family come to light.

Synopsis (spoilers ahead): The Joker, taken aback by Azrael’s slaughter of the Arkham guards and inmates, but quickly joins in the murderous rampage. Meanwhile, Bruce drives Harley to a safe spot in Arkham, telling her that he knows she’s still keeping a secret from him, then drives off as Batman.

Commissioner Montoya and Duke examine the scene of Azrael’s murder of Bane and the mysterious Ruth from the last issue, along with a hit list of all the elites of Gotham.

Batman visits Jason Blood, a Knight of St. Dumas, who tells him the truth of his history: the knight of St. Dumas who freed Edmond Wayne, rather than being Wayne’s victim, was his corruptor. Before he learns more, Batman receives the distress cry from Arkham, under assault by Joker and Azrael.

Batman finds Harley, but Joker took their twins. She demands he take her to follow Joker and Azrael, hinting that she cares for Bruce, and he lets her join him. As Batman fights Azrael in his new cyber-Batsuit, Harley pursues Joker into Old Arkham. She finds Joker, but also Jack, fighting for control of Joker’s body. She grabs the twins, but Jack tries to kill himself to kill the Joker as well – but fails.

Azrael tries to get Batman to join him, but Joker appears and tells the (apparently) final secret: that it was Bakkar who killed Edmond, not vice versa. Azrael skewers Batman with his sword, but before the two can kill the hero, Harley shows up, knocks Azrael down, and kills Joker. Batman holds her as she mourns over Jack’s body, reverted now that the Joker is dead.

Analysis: Sean Murphy’s Batman: Curse of the White Knight seems to reveal the final secret before the last two issues of the series plunge our heroes (at this point, Batman and Harley Quinn) into the final battle against Azrael. There’s an odd finality about most of the choices made in this issue and the last – so many mainstays of the Batman Universe killed off – and since this is an alternate universe, unlikely to be brought back to life in the same way their counterparts do in the main continuity. On the one hand, it’s not terrible to see a villain actually killing the main characters for real. On the other, it makes the universe feel a lot smaller and less rich since it’s still relying on the stories the dead characters had in other universes to make us react to their deaths.

The revelation about Bruce Wayne’s ancestry – that he’s actually descended from a disgraced knight of St. Dumas instead of Edmond Wayne – makes almost no impact whatsoever, especially compared to how hilarious and shocking the Joker seems to find it. Bruce has shown little connection to Edmond Wayne throughout this story (despite his fun, Monte Cristo-esque backstory), so the idea that he isn’t related to Edmond makes no emotional difference to him or the reader. We know from the Von Freeze one-shot that there may be more revelations to come about Bruce’s family, but for now, the tension of the story has substantially lessened, and with two issues to go, that’s not a great sign.

The main cover depicts a puzzling facade of Bane beating Batman as Azrael looms in the background – odd since Bane was separated from his head last issue, and never really fought Batman in this universe. The variant depicts a very Count of Monte Cristo Edmond Wayne and continues the tradition of variant covers celebrating characters who die or suffer terribly in the interior story.

Final Thoughts: Stellar art continues to buoy Curse of the White Knight, even though some very questionable narrative decisions.