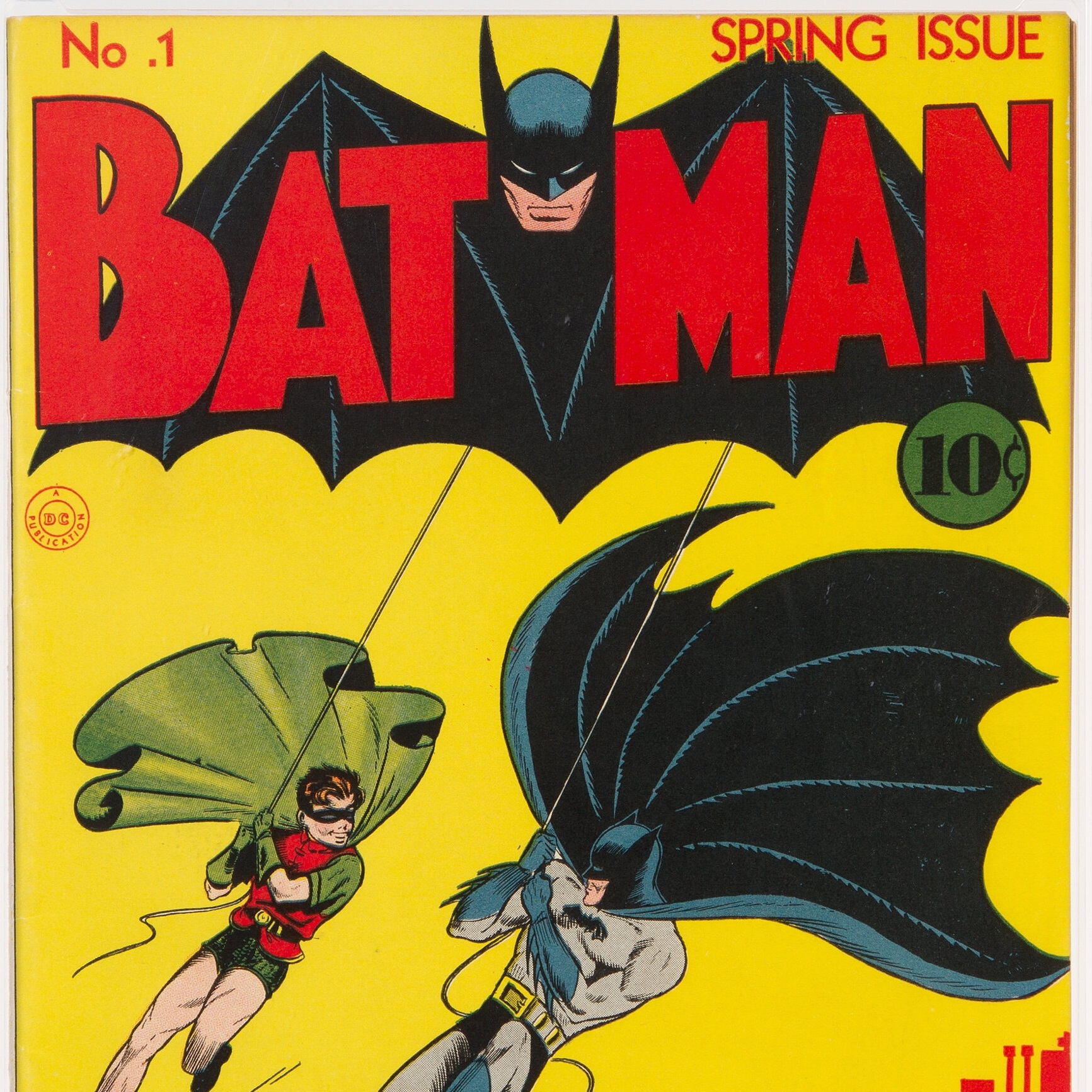 Today marked a record price for Batman comics. Heritage Auctions held a four-day comics and comic art event and one of the prize items as part of the event was a copy of Batman #1 graded in a 9.4 condition. Batman #1 includes the first appearances of both Catwoman and Joker. Before the live auction even began the comic already had dumped up to $1.53 million. The final price of the comic was $2.22 million.

But that wasn’t the only issue that held major importance as a copy of Detective Comics #359 was also up for sale. This features the first appearance of Barbara Gordon as Batgirl. Graded at a 9.8, this issue ended up demanding $132,000.

Before this auction, the highest-graded (9.2) copy of Batman #1 sold for $567,625. This also makes this the most expensive comic featuring Batman, as the first appearance of Batman in Detective Comics #27 held the previous record at $1.5 million sold last November.