Review: Legends of the Dark Knight #1 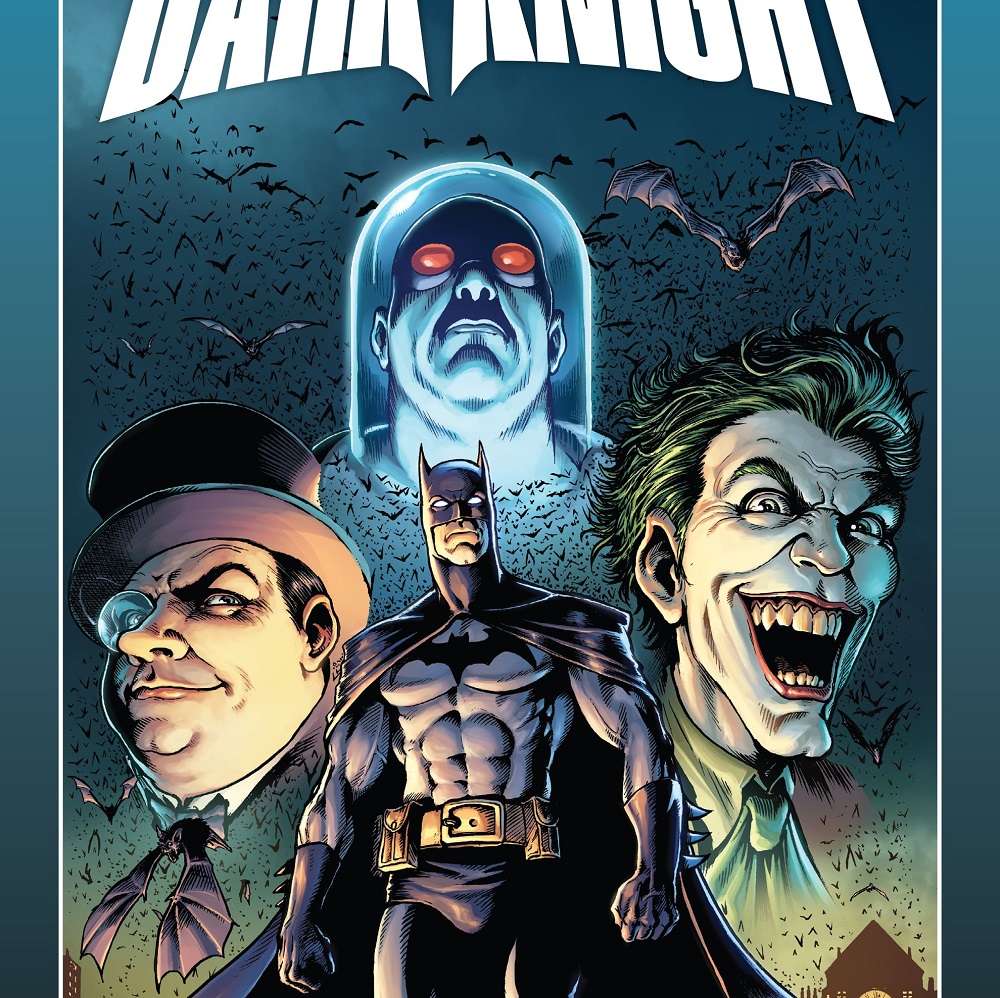 Overview: Legends of the Dark Knight #1 collects the first two chapters of the new digital-first series telling the story of a Batman who has now gone missing.

Synopsis (spoilers ahead): As Legends of the Dark Knight #1 begins, the Bat-Signal shines across the night sky of Gotham City, but there’s no response from Batman. Sergeant Logan begins to relay to Commissioner Gordon how Batman came upon an empty tanker container filled with poisonous gas and how he set out not only to find who was behind the toxic gas’ creation, but which of Batman’s worse villains might be looking to make a deal to get their hands on some.

After shaking down some street thugs, Batman makes his way to an abandoned zoo where he finds Penguin and associates waiting on someone. The impatient mob boss is ready to leave when a mysterious man arrives, wearing a face mask with a Russian accent. He apologizes for his delay and proceeds to demonstrates gas’s effectiveness on one of the goons accompanying him. He quickly dies in severe pain while suffocating. The man in the mask mentions already striking a deal with Joker.

Before the two bosses at the zoo could make a deal, Mr. Freeze appears, upset that Penguin has gone behind his back when they were supposed to be working together. They begin to battle, forcing Batman to make his presence known as the Russian makes his getaway. After banning the two rogues, the GCPD arrive. Batman tells Commissioner Gordon to send officers down by the Gotham docks to look for Joker. The cops arrive at a warehouse on the docks and find Joker waiting on them with an army of toy clowns, ready to attack.

The cops begin focusing on the mechanical dolls. Hitting them causes the toxic gas to be released. The cops the officers gasp for air as the gas suffocates them. Batman arrives just in time to ventilate the warehouse. After providing the officers with an antidote to the toxin, Batman takes off after Joker, who’s making his way to a helicopter. The pilot is unconscious after already being taken out by Batman. After removing the pilot, Joker takes off, but Batman doesn’t stop. He uses a grapple gun to attach to the flooring copter. As Batman enters the helicopter, Joker activates a doll, which releases the toxic gas inside. As Joker begins to succumb to the toxin, the helicopter begins a quick descent.

Batman is too late. The helicopter crashes into the water.

Analysis: Back in 1989, I had the pleasure of picking and reading the very first issue of the original Legends of the Dark Knight (LotDK) written by the legend himself – Denny O’Neil. It was a great issue to a great series that allowed creators such as O’Neil, Grant Morris, Alan Grant, Mike Zeck, and others to tell Batman stories that may not always have been found in the main Batman books. It also allowed some not-so-well-known creators, such as Christos Gage, to showcase their talent as well. It was a great series. The entire series is a part of my collection. In 2012, the second volume of LotDK was released that went twelve issues long. It wasn’t great, but was ok. Now, DC is back with a third volume of the series. This time, things kick off digitally before being made available in print. Legends of the Dark Knight #1 covers the first two digital chapters, written and drawn by Darick Robertson. Does this first issue stack up in potential to either of the previous volumes, particularly the first?

Unfortunately, it does not.

First, let me talk about the art because, for me, it was the strongest part of the issue. And considering the issues I had covering The Next Batman: Second Son, which was also a digital-first series, it was a welcomed view. Robertson is definitely a skilled artist, considering his career at Marvel and DC, but also his work on The Boys. He has great command of the panels and the colors laid by Diego Rodriguez are a great compliment to the art. One can definitely see roughness and seriousness in Robertson’s drawings that reminds you of his work on The Boys. Rodriguez’s color palettes, however, really set things apart nicely.

So, this takes us to Robertson’s story and, unfortunately, I can’t find the first issue impressive at all. We have, of course, had stories of Batman gone missing. We’ve seen it in comics and on-screen. However, there’s something that doesn’t sit well with me with how the story is being laid out. The story is being told to Jim Gordon by another cop. However, plenty of the panels with the issue do not depict cops being present. How would they know how things played out? Furthermore, how would anyone know what Batman is thinking as the scenes play out? This could’ve faired far better if Batman had been teamed up with someone who could give first-hand accounts of what happened from start to finish. I’m not certain if I want to call it lazy and sloppy. It just doesn’t look right to me from a structure standpoint. Who’s telling the story, the cop or Batman?

The dialogue in the issue is also not great in this issue. The voices given to characters, especially the Joker, were really off. While I know we are outside of continuity in this series, I am typically able to picture someone saying the words to me. In this case, unfortunately, I could not. I some panels I felt as if I was reading a Scooby-Doo story instead of Batman. I truly hope this changes for the next issue.

Legends of the Dark Knight #1

While starting out great from an artistic point of view, Robertson's Legends of the Dark Knight starts out with a story that seems more for a younger crowd and not your typical comic book reader. Let's hope this changes.