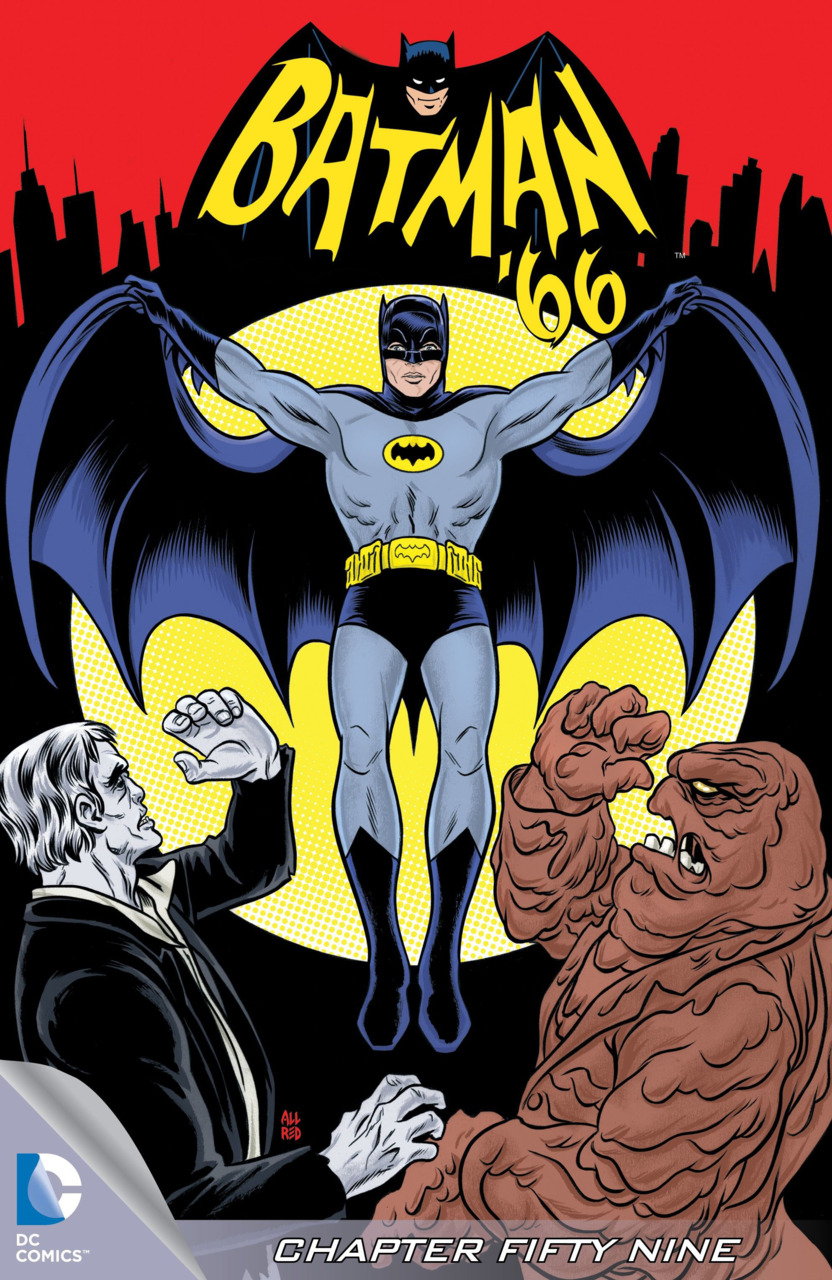 Our story opens this week out on the marshlands of Gotham City as we see the batmobile pulling up to an abandoned car. As Batman and Robin rush from the car, Robin holds an empty beaker aloft and notes the missing serum inside…something that “he” seems to have stolen. Batman notes that he feared that the criminal that they are chasing would act when Throne Labs announced that they would be abandoning the False Flesh Project. He continues by telling Robin how he has prepped for their encounter tonight with the nefarious fiend known as False Face. As Batman begins to delve into a theory regarding the criminal, he notes that False Face first appeared in Gotham after the disappearance of a cunning criminal known as Basil Karlo. Batman notes that his findings point to False Face and Karlo being the same individual, as Karlo broke into Throne Labs after they announced the False Flesh Project. A crafty criminal, Karlo was known for sanding off his fingerprints in order to conceal his identity…but now he had a chance to change into an entirely different person.

As the flashbacks continue, it is revealed that Karlo drank the serum when he obtained it. However, this was not the proper way to administer the serum and it had an adverse reaction to him. Karlo was changed and could not hold a single form for very long. Returning to the present, the dynamic duo uncover False Face’s mask in the mud of the marshlands and Batman notes that the masks were created to look like his former face.

Continuing their investigation, a security guard comes upon the two heroes. As the guard joins them, Batman explains that False Face arrived to steal a potential cure to his ailment…however what he actually look was a more refined version of the original serum. As the guard turns, his face is revealed to melting…and Robin is shocked to learn it is False Face! As the villain begins to run, he trips and falls into a deep patch of mud and the heroes believe him to be dead. As they begin to leave (and talk about placing False Face’s mask in their new trophy room) the mud seems to come to life and rises behind them – False Face has survived and refers to himself now as Clayface.

As Batman and Robin jump into action they are completely overwhelmed by the monster before them. Tossed batarangs and punches don’t seem to faze the villain. As it seems that Clayface might actually beat the Caped Crusaders, Batman begins to goad Clayface into multiplying himself in order to take on Batman and Robin at the same time. The ruse works and Clayface begins replicating himself multiple times…however his concentration quickly breaks as he can’t keep focused on his multiple forms during the battle. The battle ends when Clayface goes to unmask Batman – only to find Basil Karlo staring back at him. As the monster quickly falls apart, Batman notes Clayface was unable to deal with existential crisis of his former face looking back at him.

I have to say that I was very impressed with this issue – and it mostly comes from the connection that writer Jeff Parker with False Face and Clayface. How I never fathomed that the two characters could possibly share a connection was beyond me. I’m not saying that the ’66 show always thought the two were the same character, but I guess I just never made a connection between their similar styled abilities of changing shapes. I like that this series is able to bring in different characters from the comic books and make it work in the style of the former TV show…this had a classic monster movie vibe to it and gelled really well with the narrative.

The back-story of False/Clayface was interesting and yet very simple as is most of the origins of the ’66 villains. There were a few mentions of Batman’s new trophy room and Robin even suggests placing the False Face mask near the Giant Penny.

Overall this was another quick one and done story, which when printed will get coupled with the previous chapter about Solomon Grundy…two monster featured stories. I definitely liked this story better than last week’s as I am more interested and familiar with Clayface that with Hilda or Solomon Grundy.