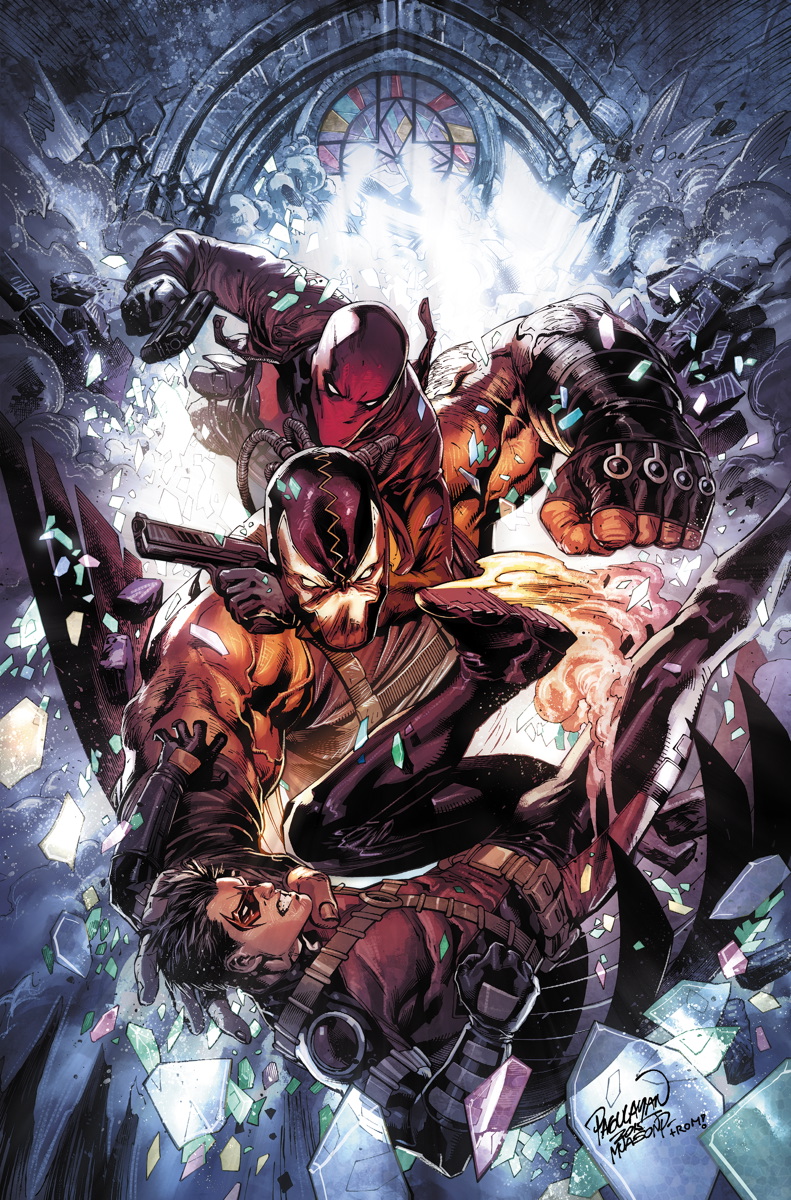 Batman and Robin Eternal writers Collin Kelly and Jackson Lanzing recently gave an interview to Newsarama discussing some of their plans for the new weekly title.  Most of the interview echoed things we’ve heard from other writers and artists involved about the dual timelines of the books, the centrality of Dick Grayson and the introduction of the new villain, Mother. However, this interview also discussed Kelly and Lanzing’s unique writing abilities which come from their history as screenwriters and their plans for Bane appearing in year two of Eternal.

When asked who else would be included in the new title, Lanzing commented:

“Collin and I, in our very first issue of a superhero comic book, we got to write one of our favorite villains of all time, which we can reveal — we get to write Bane in our first issue. We get to hopefully re-energize and re-define that character in a way that we are very excited about. We both grew up reading reading Bane. We both have very strong opinions about this character and feel like sometimes he doesn’t get treated with the respect he deserves. We’re incredibly excited to give him some real scenes.”

We’ll have to wait and see how these plans play out in the pages of Batman and Robin Eternal, but stay connected to TBU for the latest news and reviews of each issue as they are released weekly over the next six months.