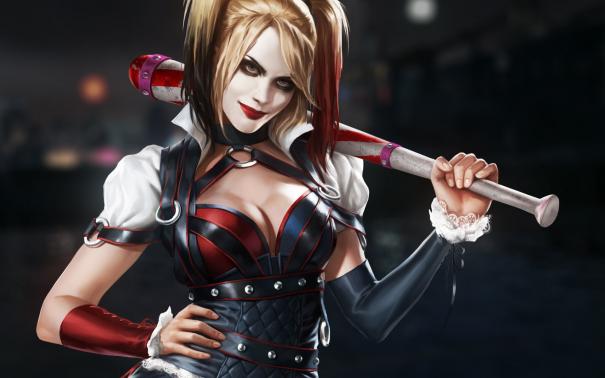 Last summer it was announced that there would at least two DLC packs released for Batman: Arkham Knight. One would feature the ability to play as Red Hood and the other would feature Harley Quinn. Well, thanks to Amazon, details for the Harley Quinn DLC have come out. Amazon updated their listing for the game and it features the following description:

For the first time in the Arkham series take on the role of Joker’s psychotic side-kick Harley Quinn and wreak havoc inside the Blüdhaven Police Department. With this exclusive Story Pack experience events in the lead-up to Arkham Knight as you infiltrate Blüdhaven to rescue your partner in crime: Poison Ivy. Delve deep into Harley’s demented nature and utilize her devastating baseball bat to smash, crash and bash your way to a friend very much in need.

The game is set to arrive on June 2 for Playstation 4, Xbox One and PC.