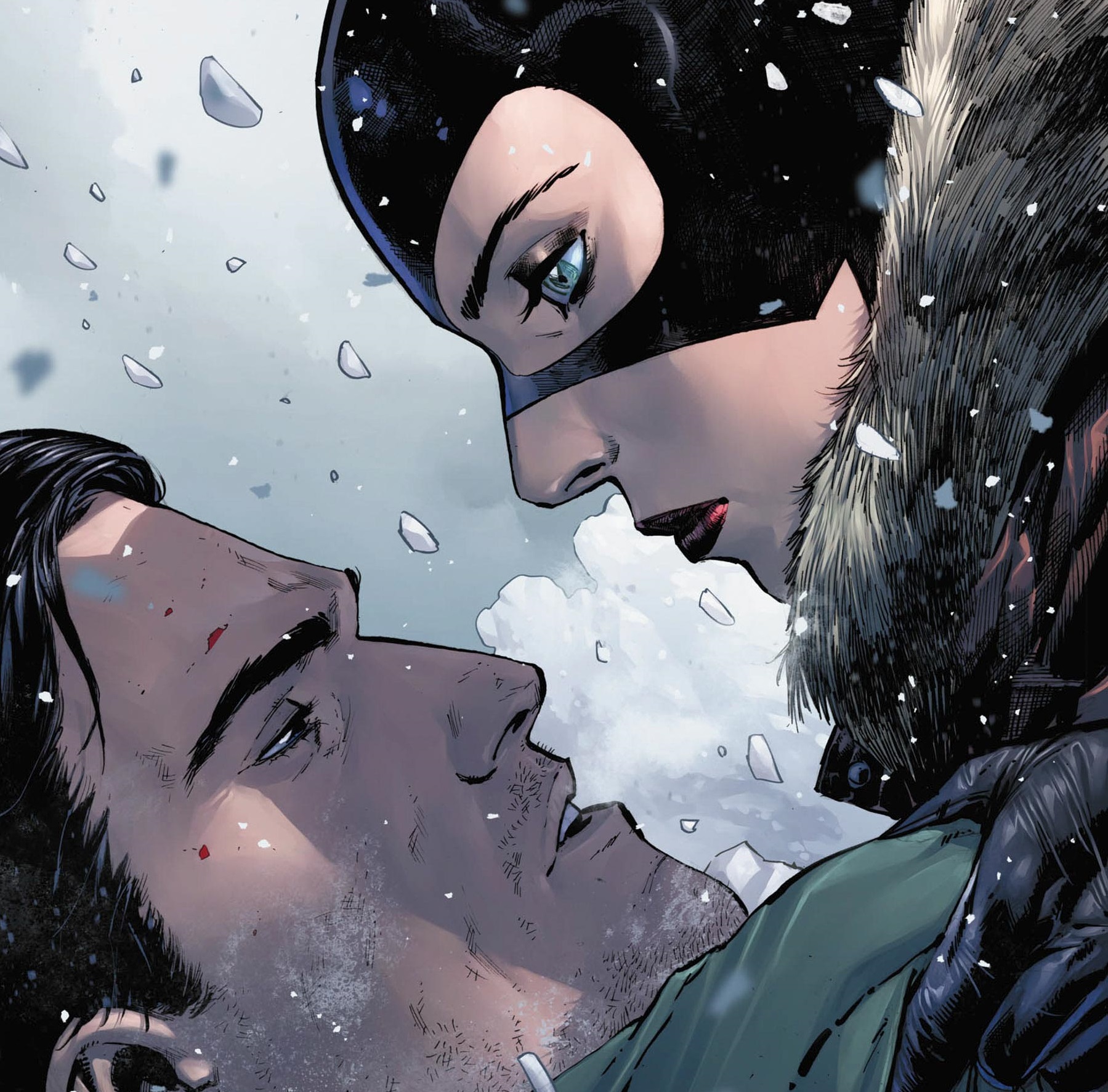 It has been just a little bit of time since Batman and Catwoman have been around each other. Specifically, it was last July in Batman #50 when Bane’s manipulation caused the wedding not to happen to the dismay of Bat-Fans everywhere. It seems that even though Tom King will be bringing the characters together in the Batman/Catwoman miniseries this coming January, the characters will actually reunite in Batman #75 next month.

Entertainment Weekly posted an exclusive page from the issue along with both covers for Batman #78 (coming in September). All three of the pieces of art show Batman and Catwoman together as they seem to be teaming back up to take down Bane. The question now seems to be, when will both Batman and Catwoman find out they were manipulated by Bane and his plan? There are still two more issues before we get to Batman #75, but one would guess that the revelation is right around the corner.

There was also an interview with Tom King posted within the article at EW. There were a couple of points in the interview worth noting. First starting off with how Batman gets back to Catwoman.

“What you’ll see in issue #75 is that Batman went everywhere looking for strength, and couldn’t find it. Instead, he finds her. So together they have to see if they can rebuild what they were in order to fight Bane. That’s the ultimate journey, with the question that everyone wants to know: Can Batman be happy? And is Batman’s happiness a source of strength or weakness?”

King also clarified why exactly he was leaving the Batman title for the new Batman/Catwoman series.

“I’m working on a DCU movie now (New Gods with Ava DuVernay) and a secret TV show thing that hasn’t been announced. DC was kind enough to see that doing all that and a twice-monthly Batman would be tough. So they divided the Batman book into two monthly books, Batman and Batman/Catwoman. Bat/Cat will complete this epic story we’ve been telling and lead to this game-changing moment I’ve been hinting at. Batman will…well, I can’t tell you, but it’s very cool. But, because of the beats that will be handled in Batman, I have more room for my storylines in Bat/Cat, which means that the twelve issues can cover all of the story that was part of the original plan. I used to think Batman #100 was the biggest book I’d ever write. Now it’s Bat/Cat #12. Same issue, same artist, same impact, different name—slightly different.”

All of this kicks off with City of Bane which begins next month in Batman #75. Of course, you can still follow along with what’s currently happening with Batman #73 out next week.