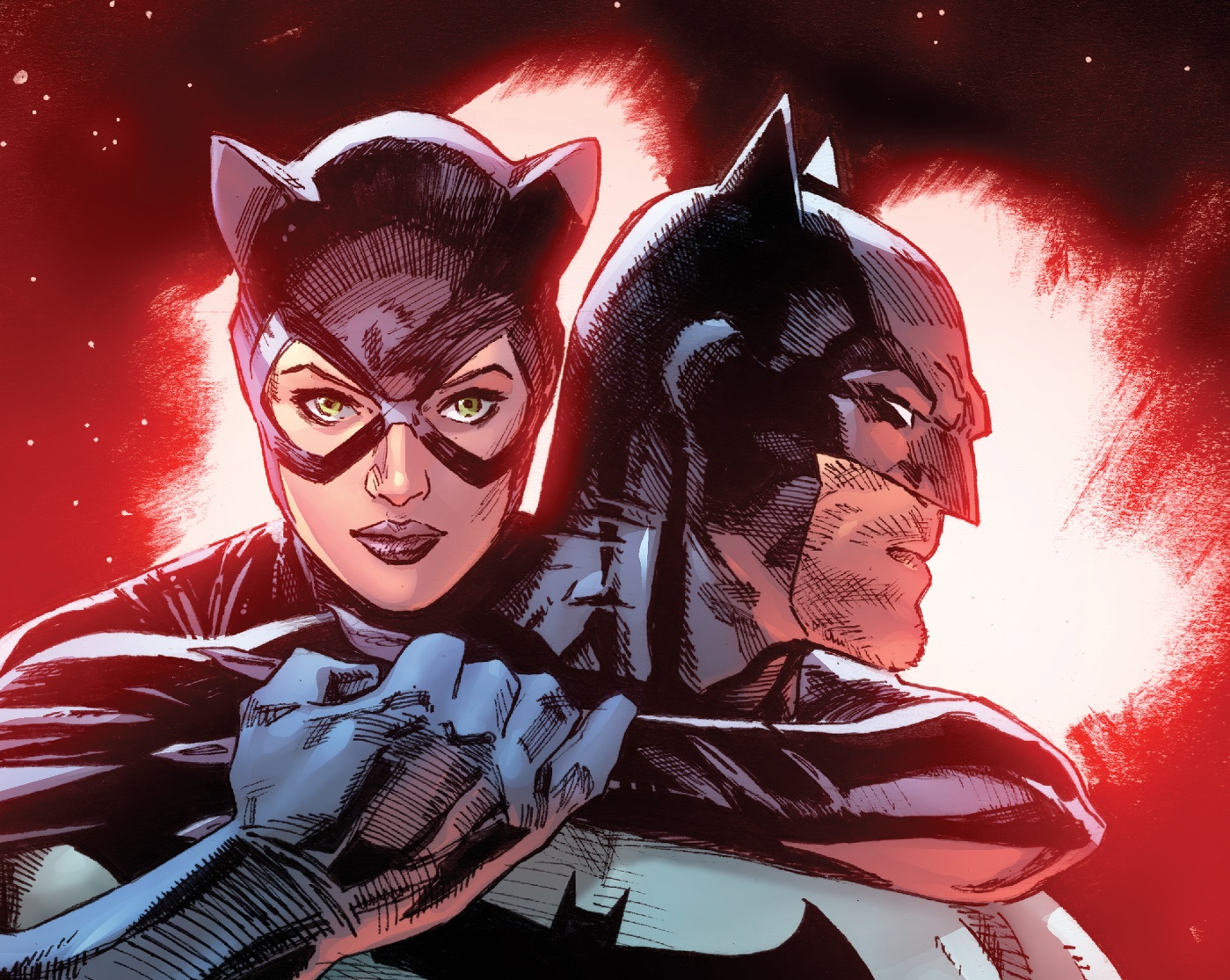 Editor’s Note: This article includes a few updates after the original announcement of the Batman/Catwoman series was released that occurred over the weekend.

Throughout the week, rumors have swirled around the internet that changes were happening to the Bat-Books; specifically, Tom King’s promised one hundred and five-issue run. Just last week, King gave an interview with The Hollywood Reporter stating that the intent was to stay on Batman and complete his story. The specific quote worth noting was “what we’re going to do for the last 15 issues is something no-one’s ever seen for the character.” This seemed like a pretty big deal and again cemented King’s earlier comments about staying on the title to finish his four-plus-year long story.

This week, however, rumors surfaced on Tuesday from Bleeding Cool, that Tom King had been unceremoniously removed from the Batman series and his last issue would be Batman #85, scheduled for this December. While the reasoning for his removal was exacerbated among a variety of sites, DC choose to remain silent while the storm passed through. That is, until today.

DC Comics confirmed that Tom King will be leaving Batman with issue #85. While the press release pushed the fact that he will in fact continue his story elsewhere, the main takeaway is that plans inside the company must have changed in a very short time. There were rumors a few months back (that we addressed on the TBU Comic Podcast) that DC would be reducing the number of titles they publish every month. No real sign of this seemed to be true until today. In the press release, Batman, which is normally DC’s top-selling title, will go from selling two issues per month to only one issue per month. This is notable because even with the addition of another series, the series is not likely to maintain the consistent numbers that Batman does every month in and month out.

The main focus of the press release was for DC to ensure fans that Tom King will still complete his story that he started back in June 2016. In January, a new twelve-issue miniseries will launch called Batman/Catwoman. The series will be written by King and will be the vehicle for King to deliver what he referred to as “something no-one’s ever seen.” King will be joined by Clay Mann who will be providing the art for the monthly series. King confirmed on Twitter that this series will still be set in continuity and described the upcoming series in the press release:

“Batman and Catwoman is a chance to do what Morrison and Quietly did in Batman and Robin: launch an ambitious, accessible, beautiful, thrilling new series that concludes years of stories and defines what Batman is, can, and will be. This will be a comic about what the best Batman comics are always been about, how our greatest hero turns fear into bravery, pain into hope, trauma into love. It’s the story I always wanted to tell, and I’m telling it with the man I consider to be the greatest artist in comics, my brother Clay Mann. It’s tough to leave Batman. It’s a gift and a joy to be on that book. But I’m leaving it to work on the biggest, most ambitious projects of my career, comics I get to make with the best collaborators in comics. And that’s a gift and a joy too.”

It is also worth noting that despite the press release stating that in regards to the other Bat-Books “will continue into 2020 with no other immediate changes to their shipping schedules”, retailer Ryan Higgins tweeted out that DC has notified retailers that there will no longer be any titles shipping twice per month come this January. This means that a change will also be coming to Detective Comics which is currently shipping twice per month and would require a change of some sorts in order to fall in line with that comment.

So, Batman/Catwoman is coming January 2020 and will wrap up Tom King’s Batman story in fewer issues than he originally planned and Batman will begin shipping once per month., but there still seems to be more to the story that may not be known for quite some time. Below is the promotional art for the new series. What are your thoughts for all of these new changes?