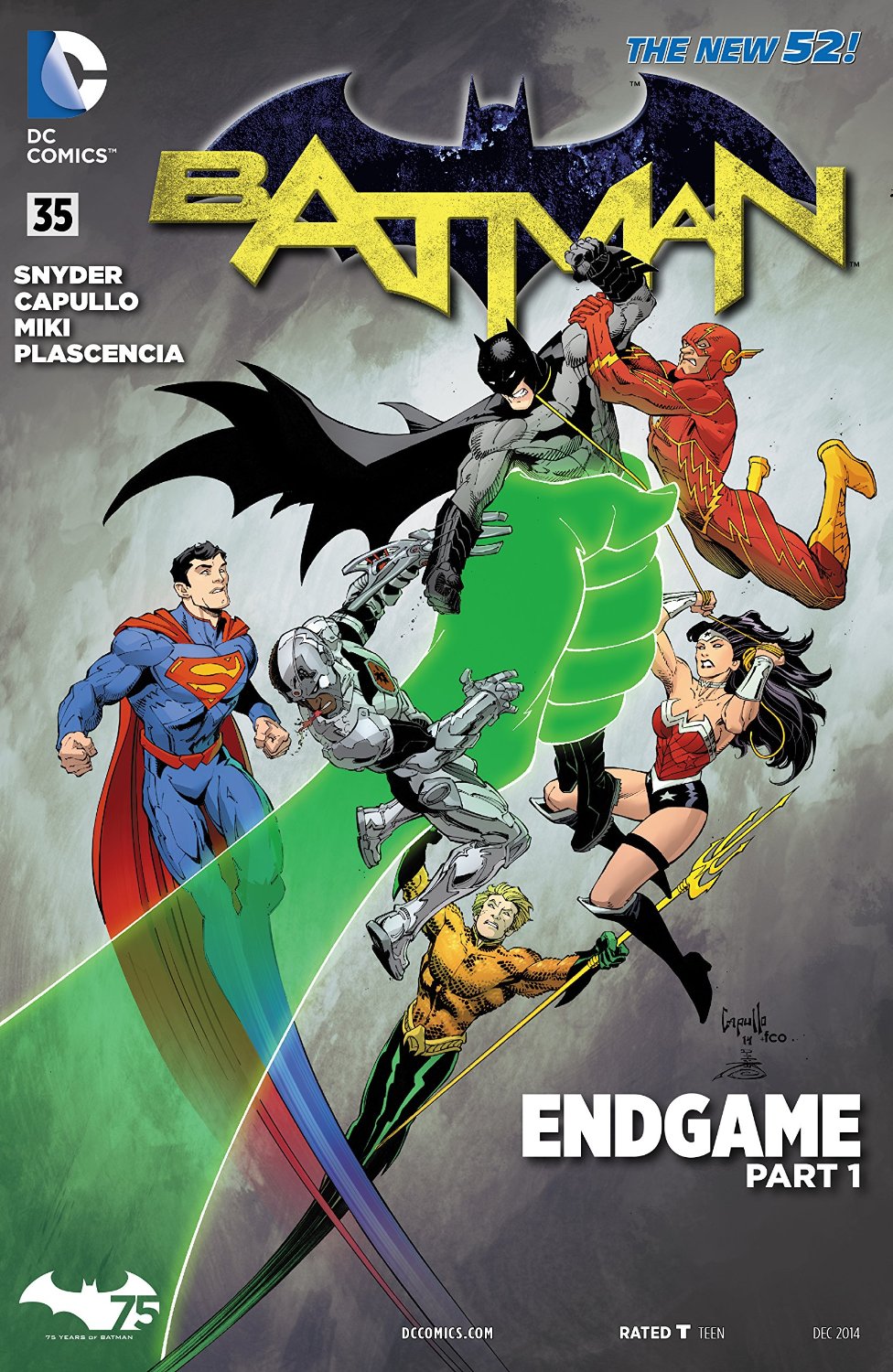 Bleeding Cool is reporting that DC will issue a special reprint of Batman #35 by Scott Snyder and Greg Capullo that will be branded as “Batman Endgame Special #1.”  The issue was the beginning of the recent Endgame storyline starring the Justice League and the Joker.

However, the reprint will include more than just the original issue.  It will also include a eight page original story ahead of the upcoming Batman & Robin Eternal, by Scott Snyder, James Tynion IV and Tony S. Daniel.

It will be made available on September 23rd, ahead of September 26th, this year’s Batman Day, the same day that the Batman Endgame hardcover will also be available in stores.