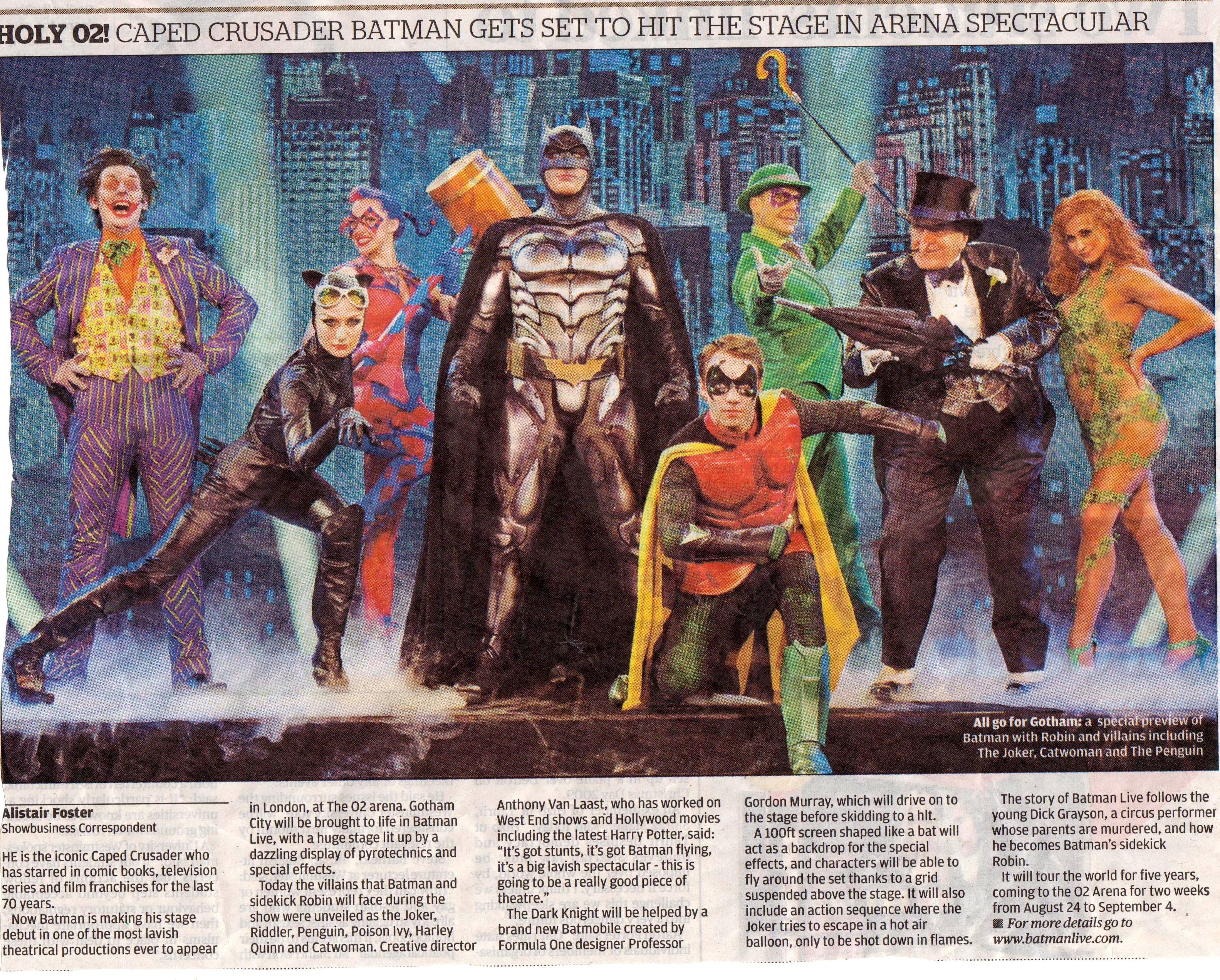 This seems to be the first image we have of the British cast for Batman Live with their costumes, taken from 'The Evening Standard' newspaper in England- I say British cast because I believe the cast will change for every country, maybe even more regularly in large countries like America. There's also a little more about what to expect in the show but nothing really new.

Overall I think the costumes look pretty good but the bat-suit does remind me a little of "George Clooney Batman" with all of the silver and maybe it's just me but at first glance I thought Bruce Willis was playing The Riddler, I'm also not liking Harley Quinn's outfit very much but I think it's just the absence of the jester hat. Other than that I think everything looks great, we still have yet to see Alfred, Commissioner Gordon, Scarface/Ventriloquist, and Two-Face but I'm getting more and more excited for the show. The hype in England is definitely growing as ever increasing posters and newspaper articles are being distributed, if you haven't got your ticket yet, you better book soon!