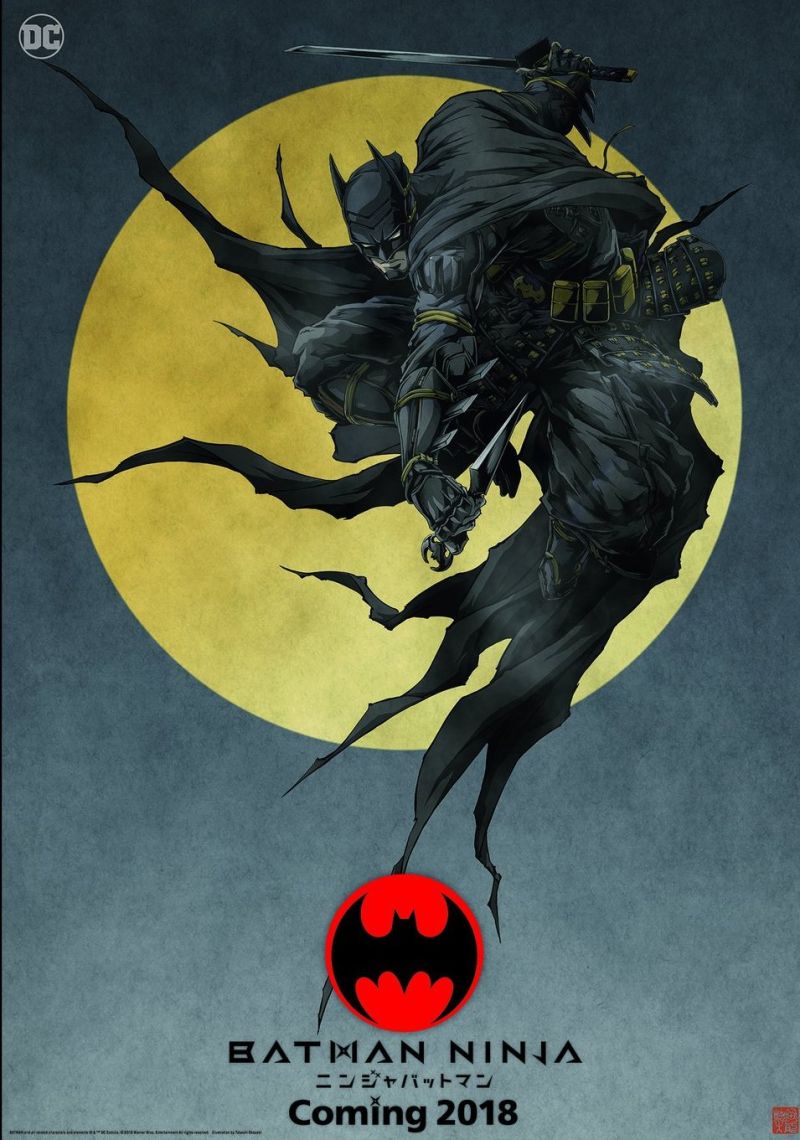 Batman is no stranger to time travel. Whether bouncing around the timeline thanks to the machinations of Darkseid or merely existing in a multiverse of times and places, the World’s Greatest Detective always instantly makes any time period his own. Which is good, because in 2018 Batman and company are traveling back to medieval Japan in the Warner Bros. Japanese anime, Batman Ninja.

Earlier today at New York Comic Con, director Jumpei Mizusake (JoJo’s Bizaree Adventure), writer Kazuki Nakashima (Kamen Rider Fourze) and character designer Takashi Okazaki (Afro Samurai) were on hand to talk about combining their forces for a wholly original Batman tale. While footage was shown at the panel, it has yet to be made available online. They did however release a poster for the project which can be seen above.

The plot is under wraps, but we do know that Batman Ninja will involve Batman being sent back in time along with a supporting cast including Nightwing, Robin (not clear on which version), Red Hood, Harley Quinn, Joker, Penguin and Gorilla Grodd.

Expect the movie, which mixes traditional hand animation with CG, to see a sword fight between Batman and the Joker, Harley using her signature mallet, the Batmobile making an appearance, and everyone in outfits that blend their iconic looks with Japanese aesthetics. And while footage has not been shared, collectible company Tamashii Nations (via Toyark), have figures displayed at NYCC of both the Joker and Batman from the film. No word on whether or not these are actually how the characters will appear, but it gives an idea of what the characters may look like in the film. Batman Ninja will be released sometime in 2018, stay tuned for more information and a possible trailer.