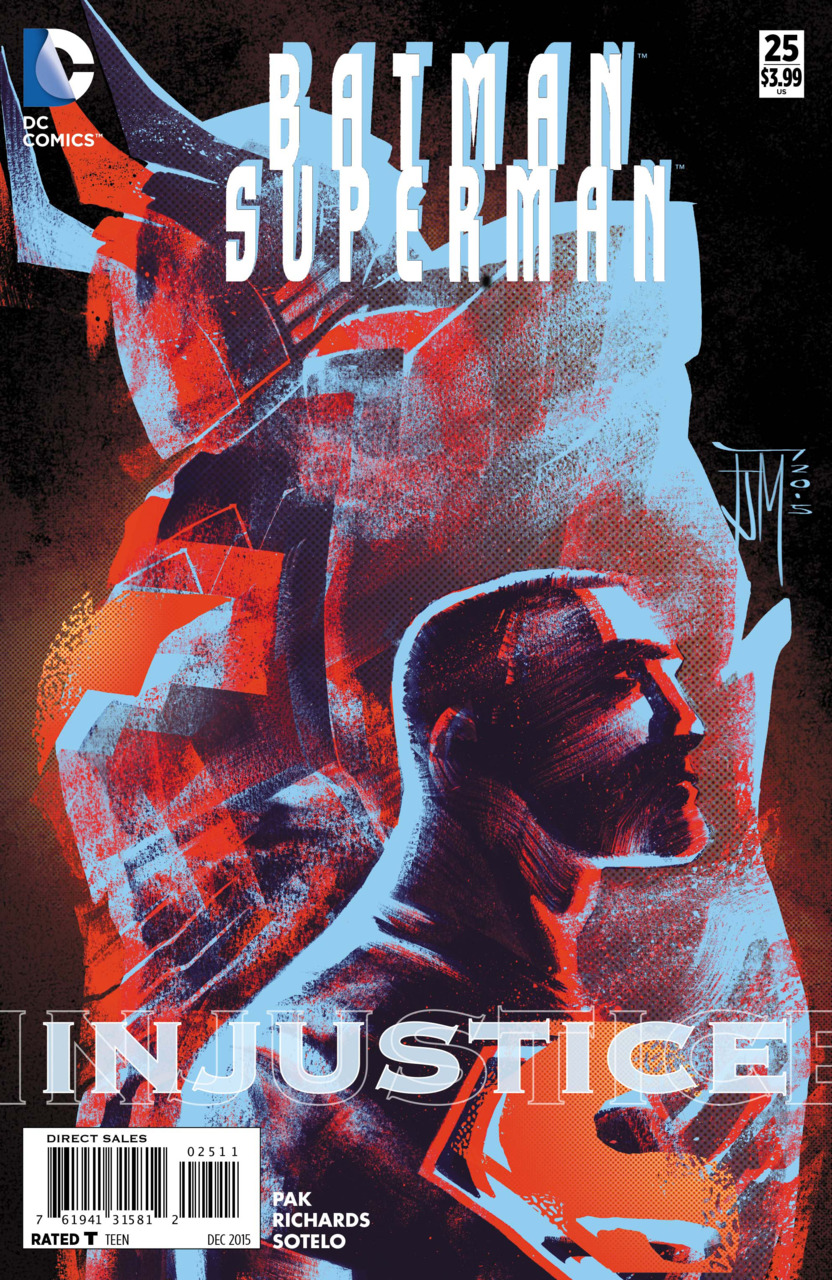 The issue starts shortly after the events of the Subterranea arc with Batman making sure that Superman stays out of Gotham.  Superman cuts off Gordon to let him know that he really can’t stop him from being around. Superman is still tracking down the soldiers that stole the WayneTech artificial sun and he comes upon them in armored car carrying ancient as well as advanced weaponry. He attempts to stop them only to get blindsided by Vandal Savage who appears to be stronger than ever.  Before Savage can kill Superman, Batgirl arrives and whisks him away to the Batcave as an undercover motorcyclist.

Batgirl tells Superman that he thinks he’s acting like Bruce’s Batman with flying solo and working alone but that Batman never was completely on his own. We then see the pair three days later in Siberia at a nuclear missile decommission site where it is clear that Vandal Savage is having local residents extract the uranium from the missiles.

Savage appears to threaten the locals and inform their leader that he will return in a week for the uranium and will kill everyone if the material is not ready for him.

Superman tells Batgirl that they will stay there for the next week preparing the locals for Savage’s return. To Superman’s surprise, Dick Grayson and Jason Todd arrive after having been invited by Batgirl to assist them. She reminds Superman that Batman never worked alone and neither will they.

The last arc for me had some cool moments but was pretty underwhelming in general so I was a little anxious heading into this new arc with Vandal Savage. In the end, I was happy with the continued portrayal of a depowered Superman and the introduction of Vandal Savage certainly painted him as a vicious villain.

With only a few panels showing Gordon, this issue was pretty entertaining. I have said it before and I will say it again that Superman has been written really well in this series since the soft re-launch but Jim Gordon as Batman does not fit the character. The beginning of this issue we see Batman still obsessed with getting Clark out of Gotham which fits how the last arc ended but it just seems like he needs to get over it. Superman is still fun and entertaining without his full powers. Each fight has higher stakes and is grittier now that he can’t solve things as quickly as he used to.

The artwork, by newly added Cliff Richards, is still a strong point of this series. The explosive action looked very similar to that of Syaf from the previous arc. However, the character close-ups showed a more glossy finish to their designs which highlighted facial patterns and expressions.

I was hoping for a better antagonist in this series and it looks like the creative team is going to deliver on that. The strange Subterranea villain just did not convince me that Batman and Superman were against a formidable foe. With this issue’s introduction to Vandal Savage, it is clear we are getting that quintessential villain who has an overall agenda of world domination or destruction and, of course, wants to kill Superman.

Overall, this was a good start to the new arc but it feels weird saying that given Batman is only in a few panels (and the series is called “Batman/Superman”). I am excited to see the rest of the Bat-family help out Superman since Batgirl was written well in this issue and I have confidence Grayson and Red Hood will be treated the same by writer Greg Pak. It seems too much to hope for a better characterization of Gordon so I am hoping that the Bat-family can substitute for Batman here in the near future. From just the dialogue on the last page, it looks like we will get some fun interactions between the group so I’m certainly looking forward to that in the next issue.