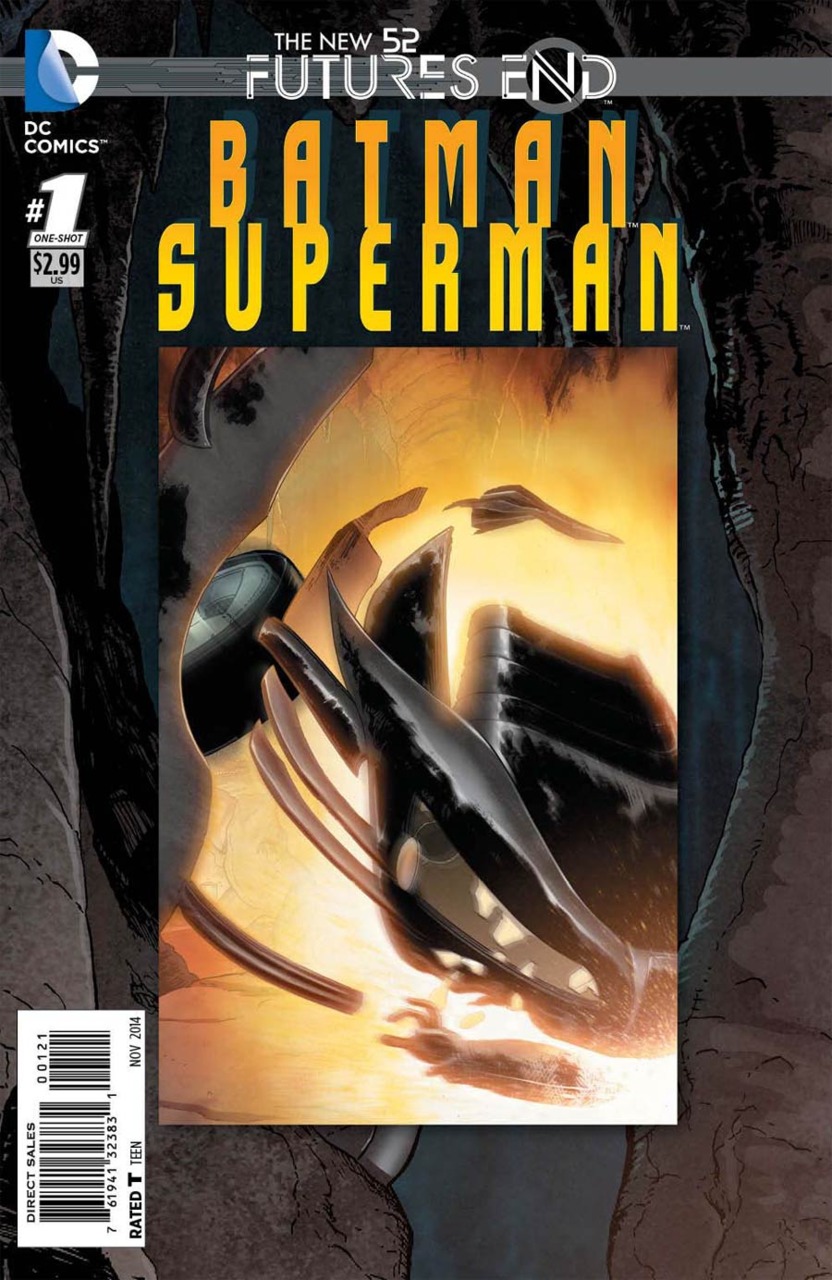 Greg Pak took a different path for these issues, which was refreshing. Instead of showing us the state of the ‘five years from now’, he showed us how we got to this point. But he did a lot of it without explanation. Just mentioning what happened as the moment passes by. Pak has really strived to show us the difference between the two biggest superheroes, in terms of personality. But he’s mostly done this through Superman’s eyes. This time, Superman is hardly in the issue, and the focus of which is on Batman. He really drives home the misery that war brings. The PTSD that usually comes afterward.

Cliff Richards does the first half of the issue, while Jack Herbert and Vicente Cifuentes do the second. Usually I hate it when this happens, but here, the art looks so similar, it’s hard to tell when the switch happens. So good move with this matchup.

Four years from now, during ‘the war’, Batman has created a weapon. He uses it to win the war, saying he made the hard decision, whereas Clark couldn’t. Superman rips through the Batcave, destroying everything in sight, trying to stop the weapon.

Six months later, it didn’t work. Bruce finds himself in a hospital bed. His back broken. The world in ruble, but still alive. Clark is among the missing, along with countless others. But Bruce doesn’t believe that Superman is dead. He thinks he’s hiding, being ashamed of the other heroes for the decisions they made. Bruce is wheelchair bound, and is funding the reconstruction of Gotham.

Bruce has a ‘spinal support column’ that helps him walk a little. He gets into a robot suit, and cleans up the Batcave.

Metallo is causing destruction, so Batman gets into his DKR suit, which gives him the ability to be Batman – for a limited time, at least. He goes to see Toymaster, and gets a robotic suit, and uses it to go to the Fortress of Solitude. He is attacked by Krypto, and Steel tells him he’s not welcome there.

Batman gets some Kryptonite to lure Metallo, and this works. Metallo consumes the Kryptonite, but it overloads his system, and he shuts down. Batman has also re-broken his back. And it ends saying that Superman was too good, and the world will have to settle for Batman.