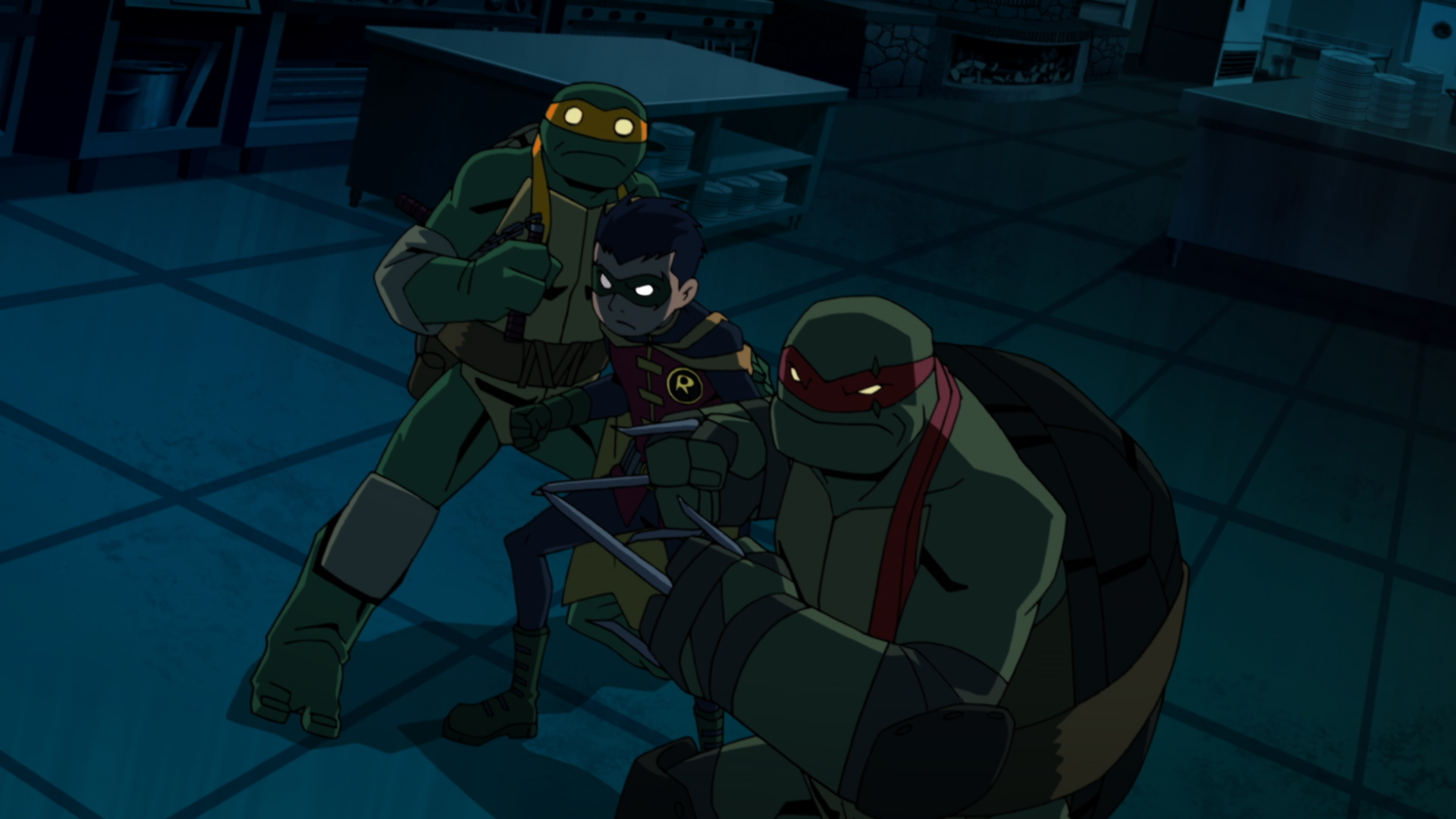 If you haven’t already checked out the latest animated offering from Warner Bros. featuring the Batman Universe and the Teenage Mutant Ninja Turtles, today is the day the film lands in stores on both Blu-ray combo pack and 4K combo pack. Warner Bros. has released a number of new clips from the film to check out.

If you are still on the fence, check out TBU’s review of the film. If you are looking to add the film to your collection, consider purchasing the film on Amazon and support TBU in the process.