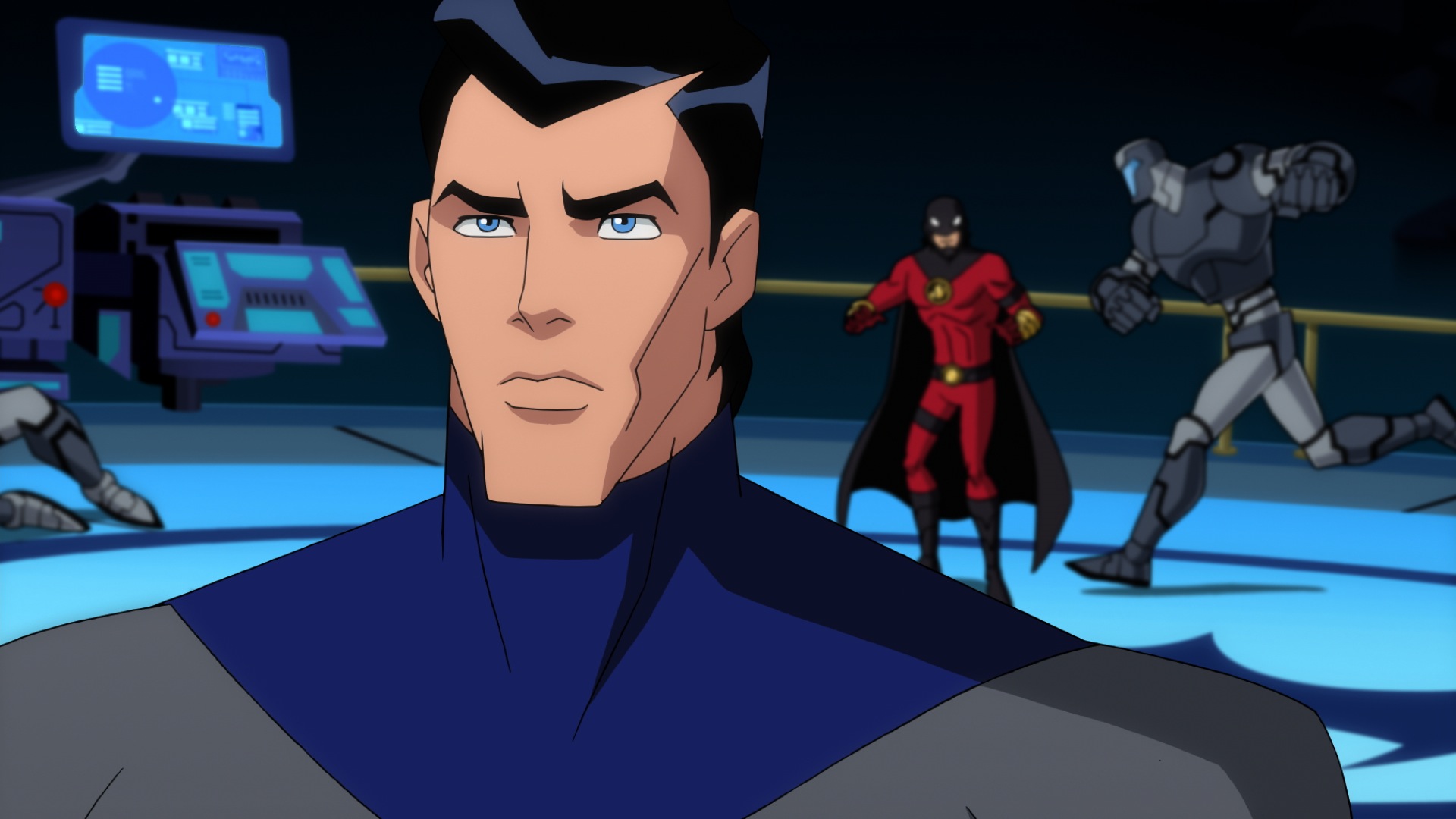 Warner Bros. has sent over some additional screens and a new clip for Batman Unlimited: Animal Instincts. The animated film is available on DVD, Blu-ray combo pack and Digital HD.

Another storm is brewing in Gotham and it’s not only raining cats and dogs but evil Cyber Animals! When the city is plagued by a slew of bizarre crimes committed by an animal-inspired villain squad known as the Animilitia – comprised of Silverback, Cheetah, Killer Croc and Man-Bat – Batman must swing into action to investigate. These animalistic villains bring new and exciting challenges for the hero of Gotham, and Batman must find a way to bring these criminal creatures to a halt! But could the Animilitia be working for powerful businessman Oswald Cobblepot a.k.a. The Penguin? How does The Penguin’s new invention of robotic Cyber Animals fit into the mix? In the end, it’ll the combined forces of Batman, Flash, Green Arrow, Nightwing and Red Robin to combat these Animal Instincts.