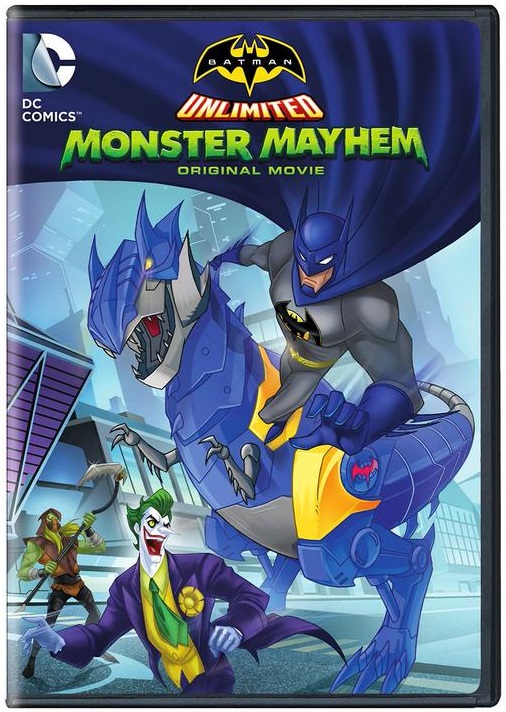 Batman Unlimited: Animal Instincts may have just released, but it seems that there will be very little time in between the release of the sequel. Amazon has listed a film called Batman Unlimited: Monster Mayhem already available for pre-order.

There is little details for the film at this point as other then the cover art shown to the right, there is no synopsis or exact release date. However, Amazon UK lists the film to release on August 31, while the US listing does not have a specific date

The film, based off of the cover art, will showcase Scarecrow and Joker along with the mech T-rex toy that Mattel hinted at earlier this year at Toy Fair.

Expect an announcement soon for the film.