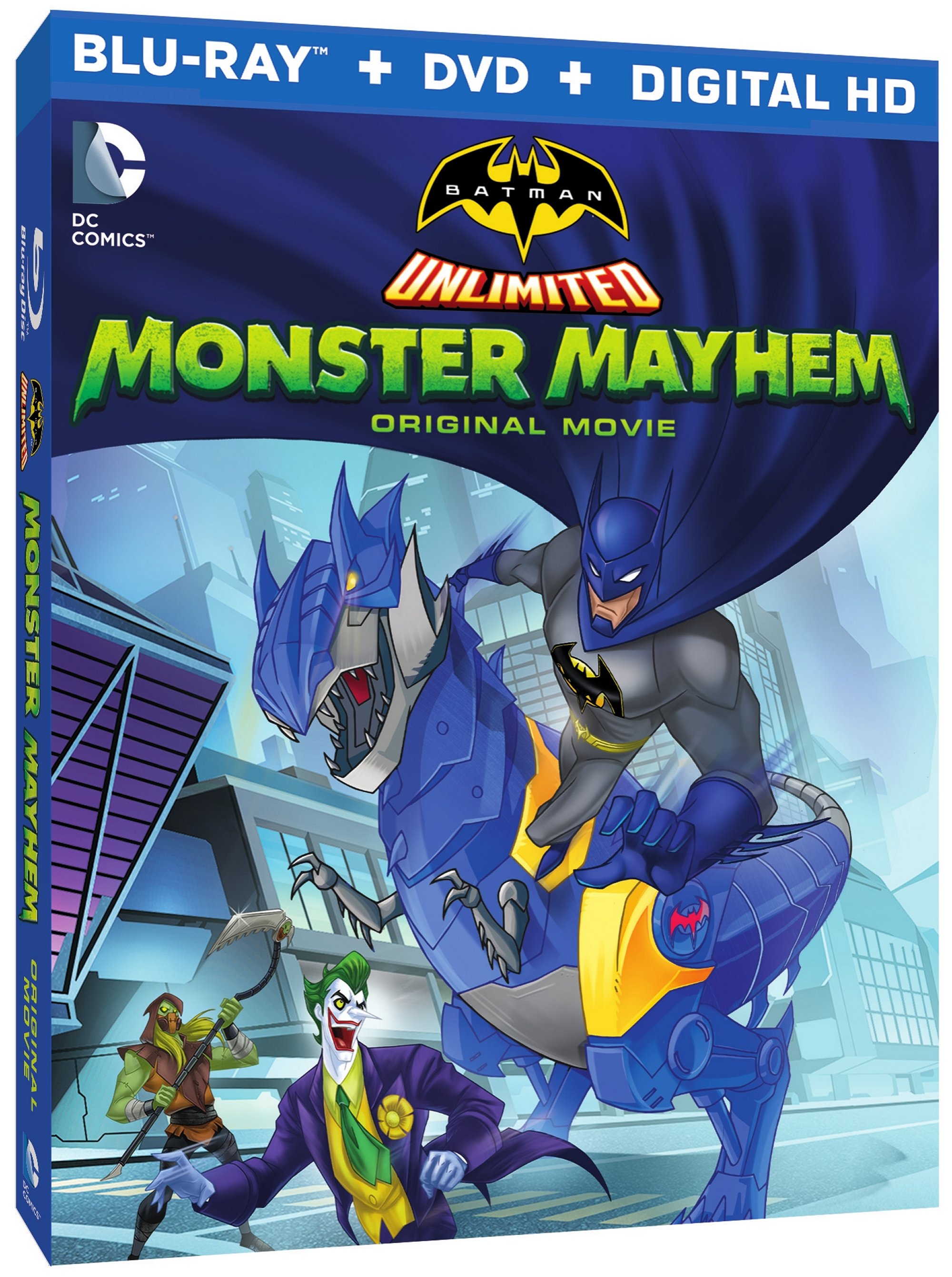 Two weeks ago, we told you that there was a second film in the Batman Unlimited line coming. And now Warner Bros. has officially announced it.

The film, called Batman Unlimited: Monster Mayhem, is set to release on August 18 on DVD and Blu-ray and digitally on August 4.

It’s Halloween night in Gotham City and Scarecrow, Clayface, Silver Banshee and Solomon Grundy have hit the streets to stir up trouble! Batman is on the trail of the city’s spookiest villains while, further complicating matters, the clown prince of crime himself, The Joker, is ruling over this mysterious crew of misfit criminals. It’s up to the Dark Knight to stop this gruesome gang before they unleash “digital laughter,” a computer virus that’s part of a diabolical plan to jeopardize all of Gotham City’s vital technology. Batman, Green Arrow, Cyborg, Nightwing and Red Robin must combine forces to battle these baddies and save the city.

Below is the trailer, but note that it does not mention a Blu-ray release. WB has confirmed that it will also release on Blu-ray.