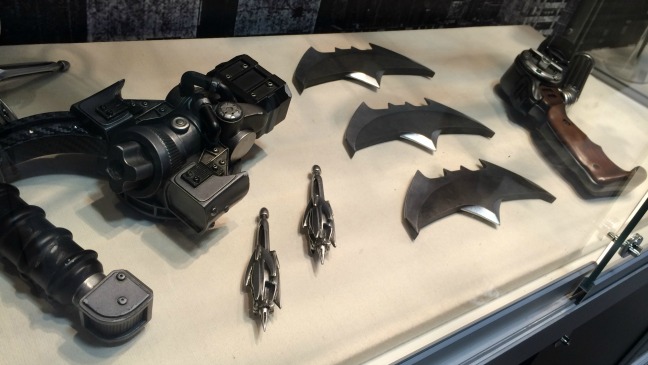 Comic Con International is underway and one of the first thing to mention is that there are a number of props and costumes from Batman v Superman on display. Over at the DC Entertainment booth, all three costumes for Batman, Superman and Wonder Woman are on display that we have seen before. But the latest addition is Batman’s mech suit.

And if you were wondering what Batman is going to be using throughout the film, MAttel has you covered as they have a number of the gadgewill be using in the film including grapple guns, sticky bombs, a tech cowl, grenade launcher and of course batarangs.

Take a look at all of the items shown off. Gadget images come from Hollywood Reporter and the costumes are courtesy of CinemaBlend.