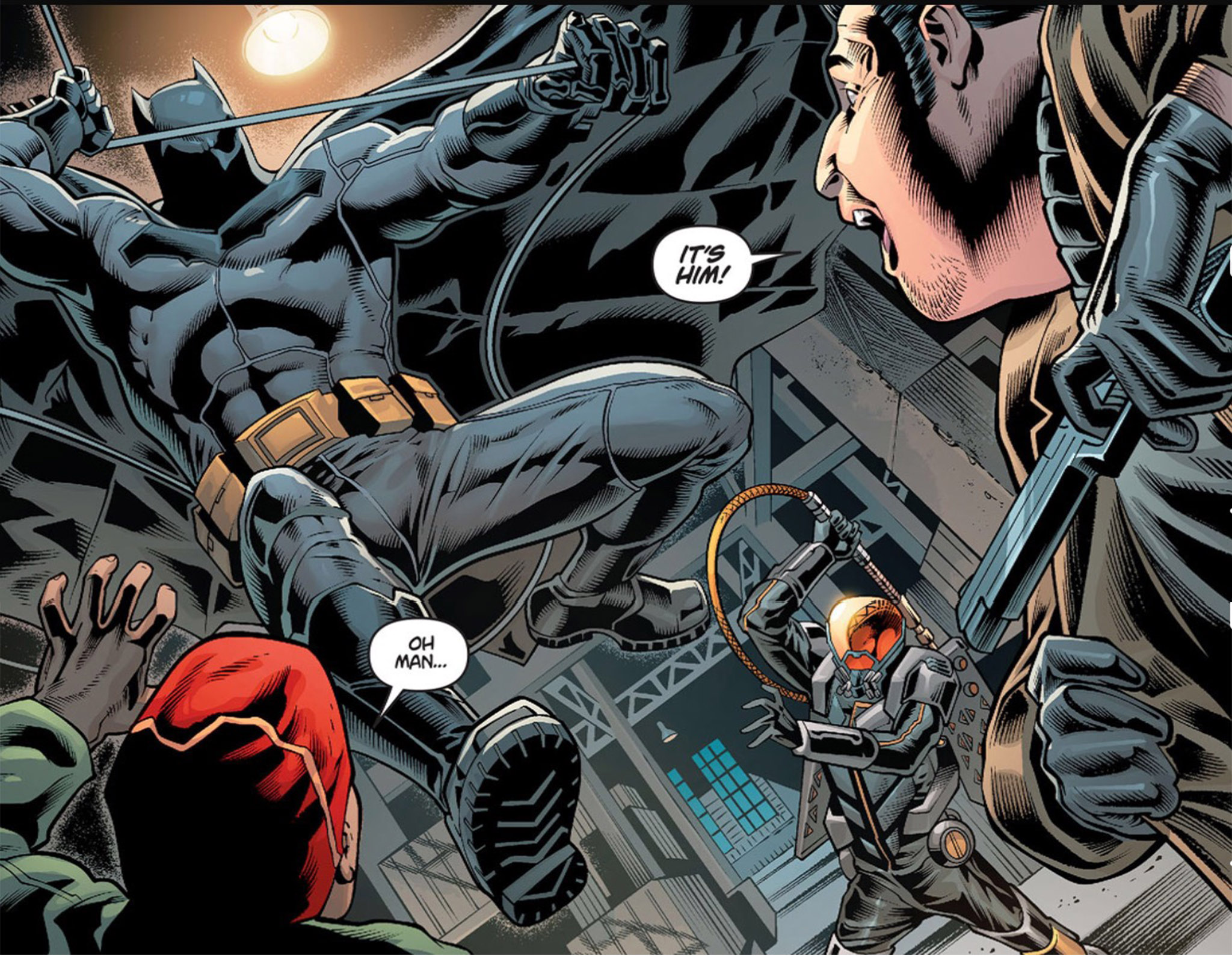 Dr. Pepper recently released a number of tie-in prequel comics to the upcoming Batman V Superman: Dawn of Justice film. Through these issues a number of interesting tidbits revealed themselves to get us ever more psyched to see Zach Snyder’s finished product. Let’s take a look at some of the most intriguing elements unleashed in the pages. FIREFLY EXISTS IN THIS UNIVERSE

As we know the casts for both BvS and Suicide Squad, it’s already common knowledge that Killer Croc, The Joker, Harley Quinn and Deadshot are the first of Batman’s extensive rogue’s gallery confirmed. You can now add Firefly to that list, albeit not in live action, yet. The pyromaniac is pretty paint by numbers through the issue, however it’s still a cool nod to fans of the comics that a character like this could exist in such a mainstream universe. There’s a wealth of material involving someone like Firefly who’s been around for nearly 65 years that could be mined for plenty of future DC films. Realistically the B villain would most likely be involved in potential cold openings or ensemble films, but the fact that he’s setting fires in this Batman’s world is already exciting. It seems as though Lex is well aware of Batman before BvS even starts. With a number of screens around his man cave, Lex has his sights well and truly fixed on “Bat of Gotham”. What’s also interesting to note from Luthor’s monitors is the presence of Zod’s body in a body bag. This would seem to confirm what was rumored after a number of trailers for the feature: Luthor is in possession of Zod’s corpse, but what exactly is he planning to do with it? HE ALSO HAS HIS HANDS ON KRYPTONIAN TECHNOLOGY

In the comics we discover that Luthor obtained a number of Kryptonian artifacts on the black market. This technology came after people scavenged the aftermath of the Battle of Metropolis, giving Luthor the chance to flex his money muscles in purchasing the objects. It’s safe to say that along with gathering Zod’s body and technology, Luthor has been a busy boy before BvS, and it’s unlikely leading to anything pleasant for our heroes. BLUE BEETLE IS AROUND

The rebuilding of Metropolis is something Lex Luthor clearly took great pride in. With his influence, it seems a number of companies are on their way to build their businesses in the re-developed city. One such business is owned by Thomas Kord, the father of Ted Kord, or to comic book fans, The Blue Beetle. Is there a chance we see Kord in the flesh in a cameo, after all we still don’t know exactly who Dan Ambroyer is playing. Speculation was he could be the Green Lantern, but recent statements from DC show the member of the Lantern Corps is someway off from being included in the universe. It’s all guess work at this point, but one things for sure. The Blue Beetle is out there somewhere. SUPERMAN IS BEING MONITORED BY A GOVERNMENT COMMITTEE

Holly Hunter’s character in BvS actually seems to mean well in her actions, wanting what’s best for humanity while also appreciating the good Superman has done. The Committee she helps create looks at a number of aspects of Krypton’s last son, including how many people he could kill in a certain time frame were he to go rogue. It looks as though this Committee will be the catalyst for Kal-El to question his purpose on earth, and if the humanity’s troubles are worth the trouble of humanity.

Do any of these revelations get you more excited for the upcoming DC Cinematic Universe? Sound off below!