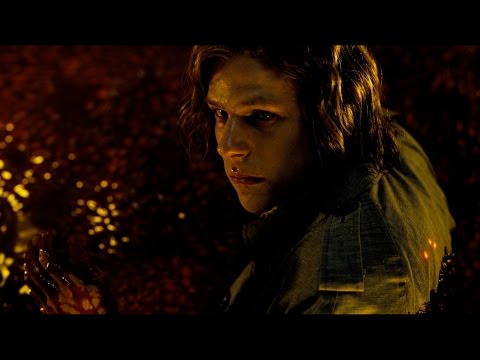 In an unprecedented and let’s face it strange move, Warner Bros. has released a deleted scene from the just released blockbuster Batman v Superman: Dawn of Justice.

Depicting the moment when Jesse Eisenberg’s Lex Luthor is taken into custody, we see the villain briefly in front of a demonic type creature holding three cubes, remarkably similar to the one that **spoiler** helped create Cyborg in a previous scene from the film.

How this all pays off in future DC films will be interesting to see. It’s looking increasingly likely that this is foreshadowing the arrival of Darkseid, with multiple other hints of the warmonger scattered throughout the film. Suffice to say, this scene asks more questions than it answers. Whether this scene plays more fluidly in the Ultimate Cut of BvS this summer is anyone’s guess, but it’s a nice little peek at what we can expect.

Are you looking forward to the Ultimate Cut this summer? Sound off below!