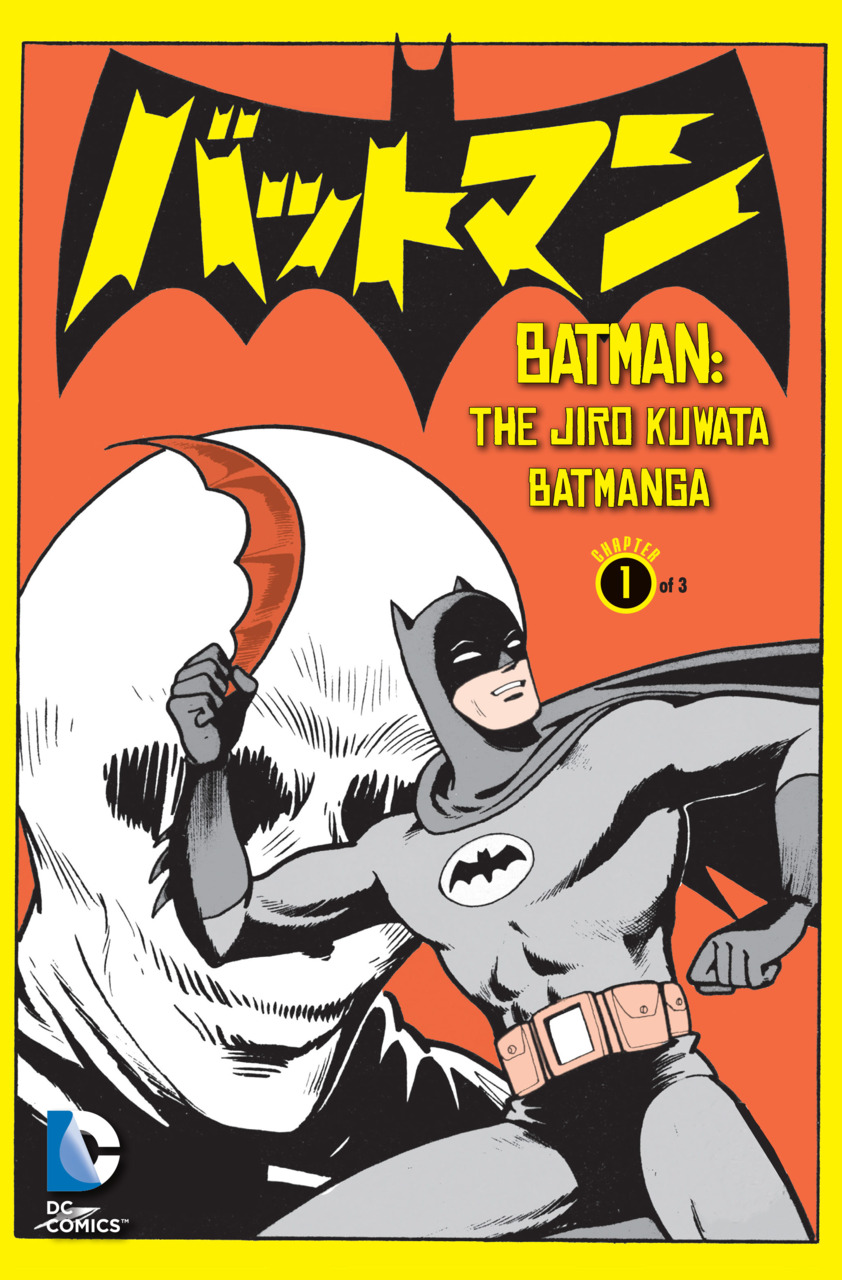 As a fan of both western comics and manga this digital first release of Jiro Kuwata's manga is a veritable godsend for me. There are two things I love more than anything else, Batman and manga. And to finally get a chance to read the elusive Batmanga is not only exciting as a fan of Batman, but as a fan of manga history in general.

The first thing to keep in mind about this manga is that, yes it is quite old. The less charitable among us might be tempted to point the finger and laugh, "Look at how crappy that looks. It's nothing like OUR comics." While subconsciously making the comparison between modern comics and a manga that is forty eight years old. And yes, the style is significantly different than what readers of western comics alone are used to, but in fact it is very different than readers of only modern manga are used to as well. Keep in mind that this manga began publication at the latter end of the silver age, meaning that any western Batman readers would have jumped for a chance at a story where the art reminded them more of the golden age Batman, and the story actually dealt with a somewhat tabboo concept of death. Just because we've had several decades of serious Batman stories, doesn't change this manga's place in history. It's a perfect example that fans of manga use when comparing western comics to manga by saying that manga isn't afraid to tell more serious stories. The comparison falls flat now that western comics are on the same page, but at the time it was a valid argument.

If the tone reminds anyone of a certain contentious TV serious among fans, then that is no mistake. The manga began publication in 1966, the same year the Adam West TV show came out. What we end up with is a manga that mixes they early designs of Batman and Robin, with darker stories, and the personalities of the silver age/Adam West and Burt Ward Batman and Robin. Which makes for an interesting combination, as one would think those don't mix too well.

And in a way the mixture is a bit flawed, especially when comparing it with modern portrayals of Batman. For example, in this first chapter, after Lord Death Man died during his trial, Bruce is plagued by nightmares. In response to this Bruce decides to go on a vacation to Jamaica. This seems so out of character for Batman that part of me wonders if it wasn't a probably overworked Kuwata trying to subliminally get his editor to let him take a vacation.

And yet, the less intense, more free Batman does remind me of the kind of characterization we would get from Bruce in Silver Age stories. Keeping in mind that both Batman and Superman fought for the affection of Lois Lane in the most childish first meeting story between the two ever. So Batman taking a break isn't outside the realm of possibility for the time, even if it makes no sense in the modern context.

What makes the vacation pointless is that it lasts barely a page and a half before Bruce hears Lord Death Man is back and decides to head back to Gotham. The editor in me's first reaction to this would be to cut the vacation sub-plot as it doesn't add anything to the story.

Batman chases down Lord Death Man, taking his hearse out with a wrecking ball in the process. Insert your own "I Came in Like a Wrecking Ball" here please.

And perhaps we shouldn't be calling him Lord Death Man, as his mouds operandi seems to be playing dead and hoping nobody decides to incinerate his body rather than burying it.

Fans of Grant Morrison will be familiar with Lord Death Man already, as he was used during the Japan issues in Batman Incorporated, and has been used a couple other times. His original appearance was in issue #180 of Batman, however that being a single issue appearance, we get him a bit more fleshed out in this manga. Though with this first chapter we don't get all that much information, but as further chapters come out he should be explored in more detail.

Grading this one is a bit difficult. I quite enjoyed it, and I think a lot of fans of Batman will enjoy it. However one must consider the impact manga storytelling structure will have on someone not used to manga. The dialogue writing is a bit stilted from time to time, but that could either be a product of the times rather than a product of the medium. Either way, I think that enjoyment is influenced by anticipation as well as the actual product, and I've been waiting for this one for a long time. So I shall give it: